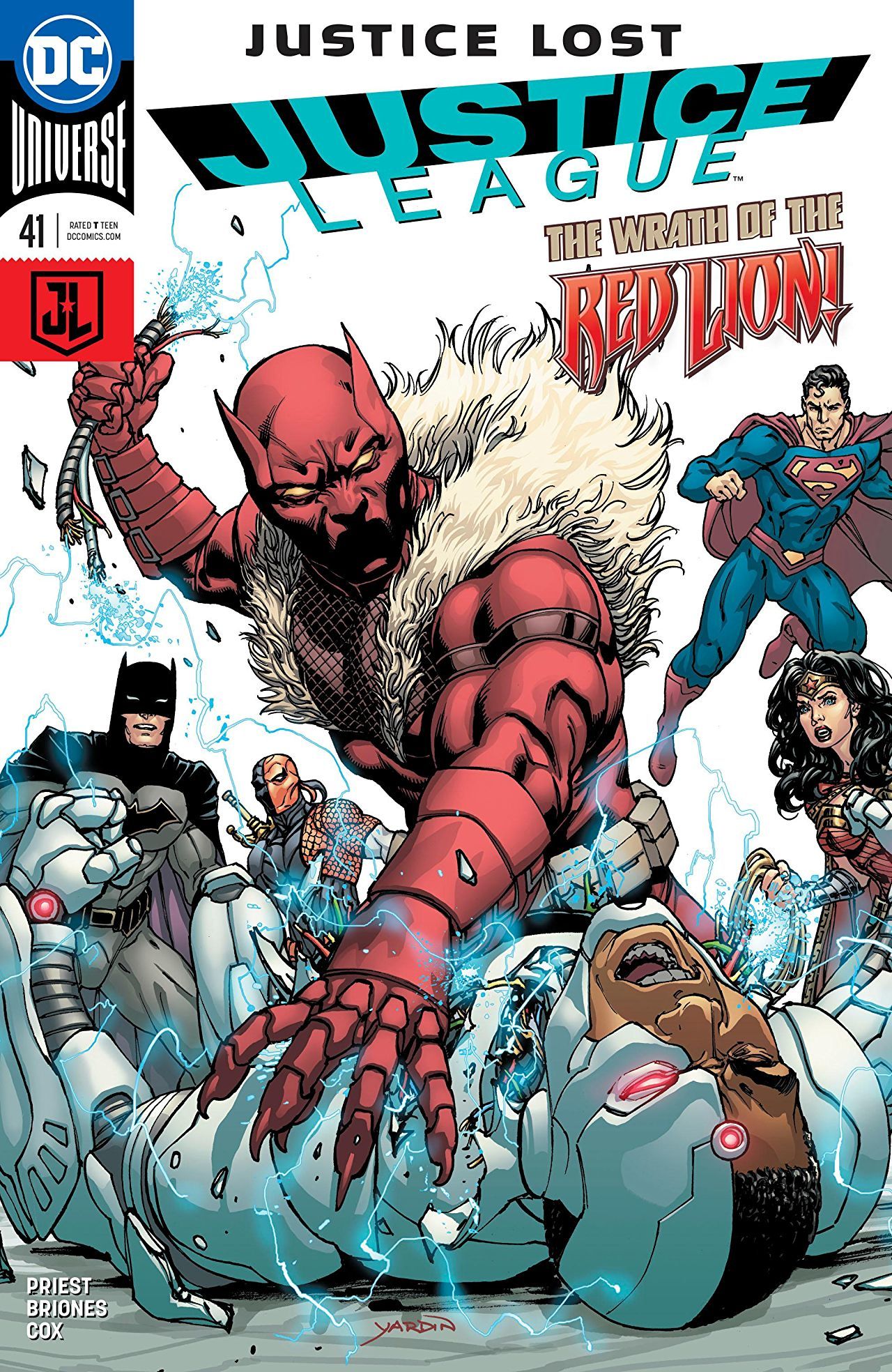 This week on Justice League: Cyborg gets his metallic ass-whooped by a Black Panther synonym!

Nah real talk, though. This was a strong issue. The Justice League continues to have its problem with the public amplified. But now instead of everyone hating them for questionable calls, or a certain demographic calling them out for insensitive policing, we got a whole African nation holding our League accountable.

The conflict of this issue is centered on the Watchtower crashing onto Earth. And it just so happens to land in the fictional East African country Buredunia, where they are in the middle of a civil war. The League, since they are forced to be there, are now trying to handle the war conflict, but that ain’t enough for the citizens. If you’re a fan of Priest’s Deathstroke, this will all be very familiar to you. 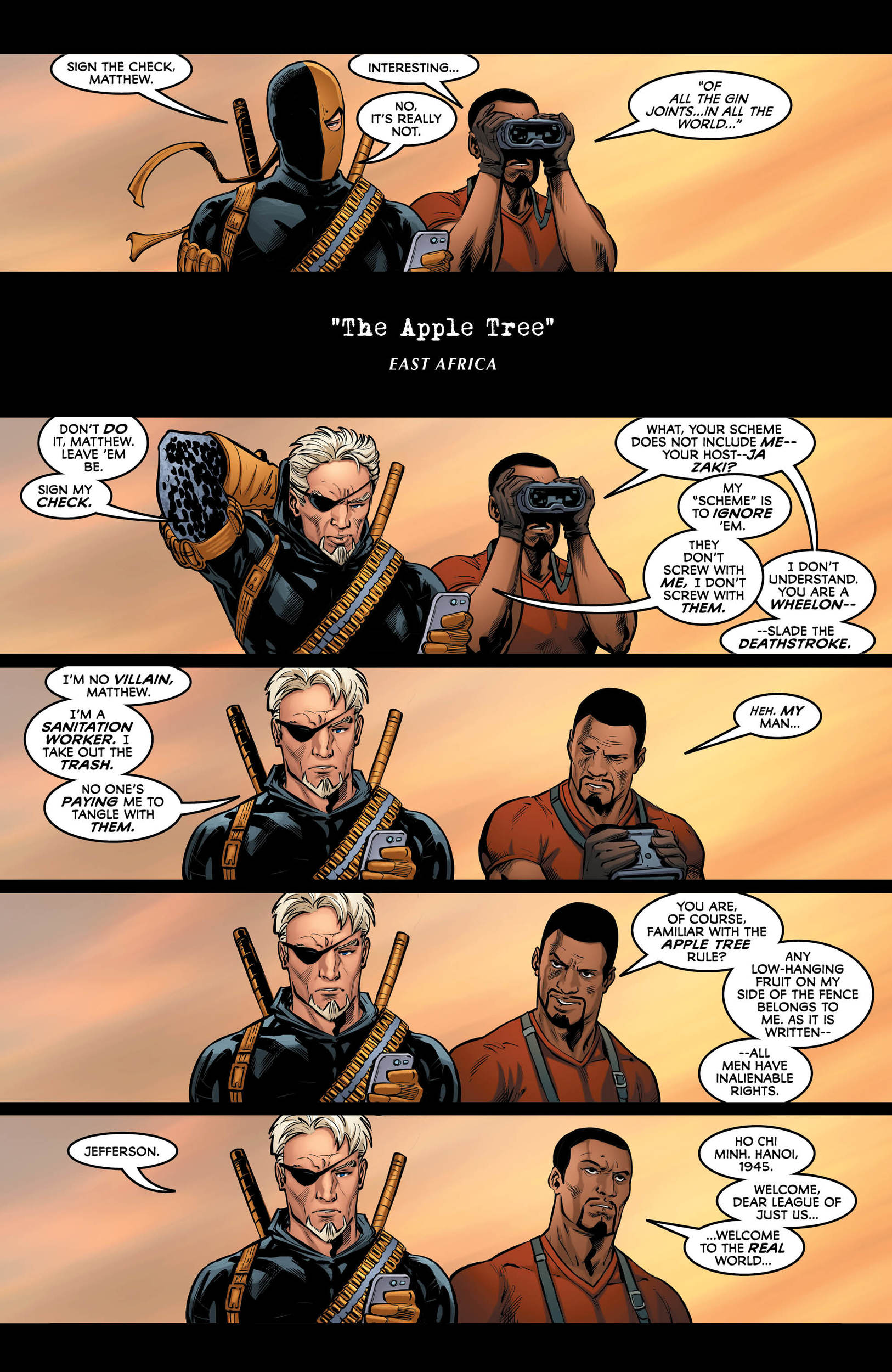 There’s so much going on in this issue, it almost seems like it’s only tangentially a story about the Justice League. Buredunia takes center stage. The people of the country want their lives free of dictatorship, and Matthew Bland AKA the Red Lion AKA Low-Key Dictator sees the Justice League’s arrival as the perfect way to re-seize his nation. The League is in the wrong place at the wrong time.

This run has had a lot of interactions with the public, and by showing us all of these different perspectives from people who feel more or less powerless in these situations, the Justice League come off as pompous assholes. Even though we understand their burden, and know they can’t be everywhere at once and can’t make decisions solely on their own, you can’t help but agree with these people. At times, the League can seem incredibly insensitive. 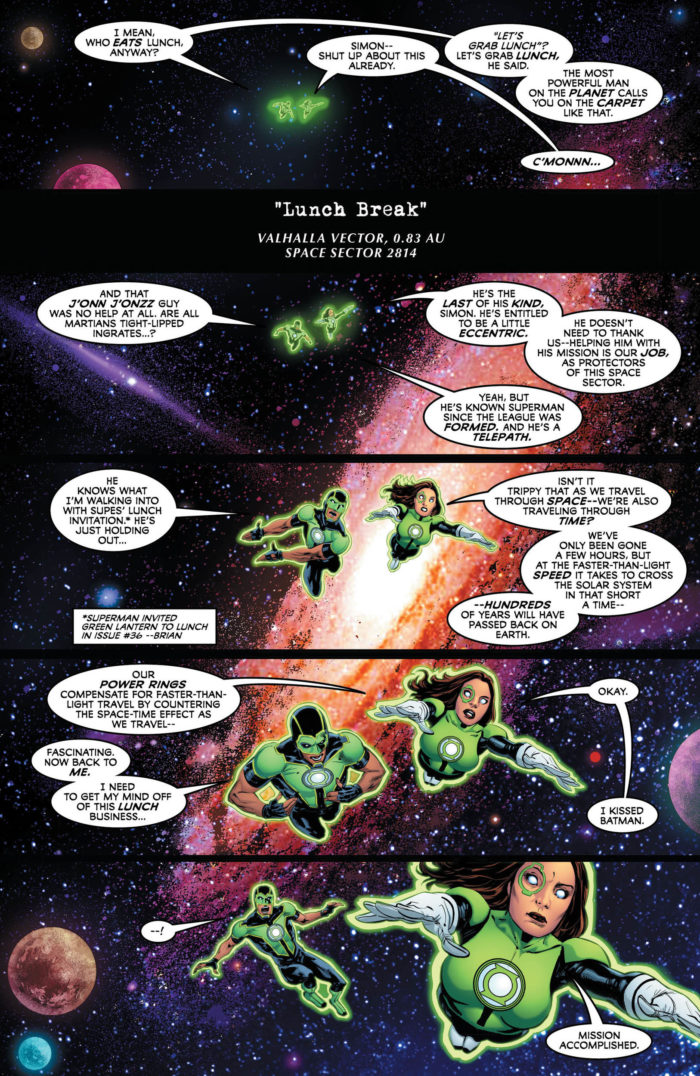 Among all of that, we get to see The Fan’s final form. All I’ll say is that it is simultaneously the most hilarious and coolest thing I’ve ever seen. And it’s perfect for the character. My inner ten-year-old is really happy.

I really like The Fan. I wish we could spend a little more time with him. On paper, he’s a corny ass character. His motivations and gimmicks scream Golden Age comics. But they’re handled in a way that feels relevant to our current times.

Things are beginning to wrap up in this arc. There’s still some gas in the tank but we’ve entered the third act. I’ve liked this run a lot since the beginning, but this was one of my favorite issues so far. It had a little bit of everything. Action, commentary, and humor. And it was all balanced really well. It also capitalizes on the Black Panther craze by centering a story in Africa. Not that it was intentional, but it can only help.