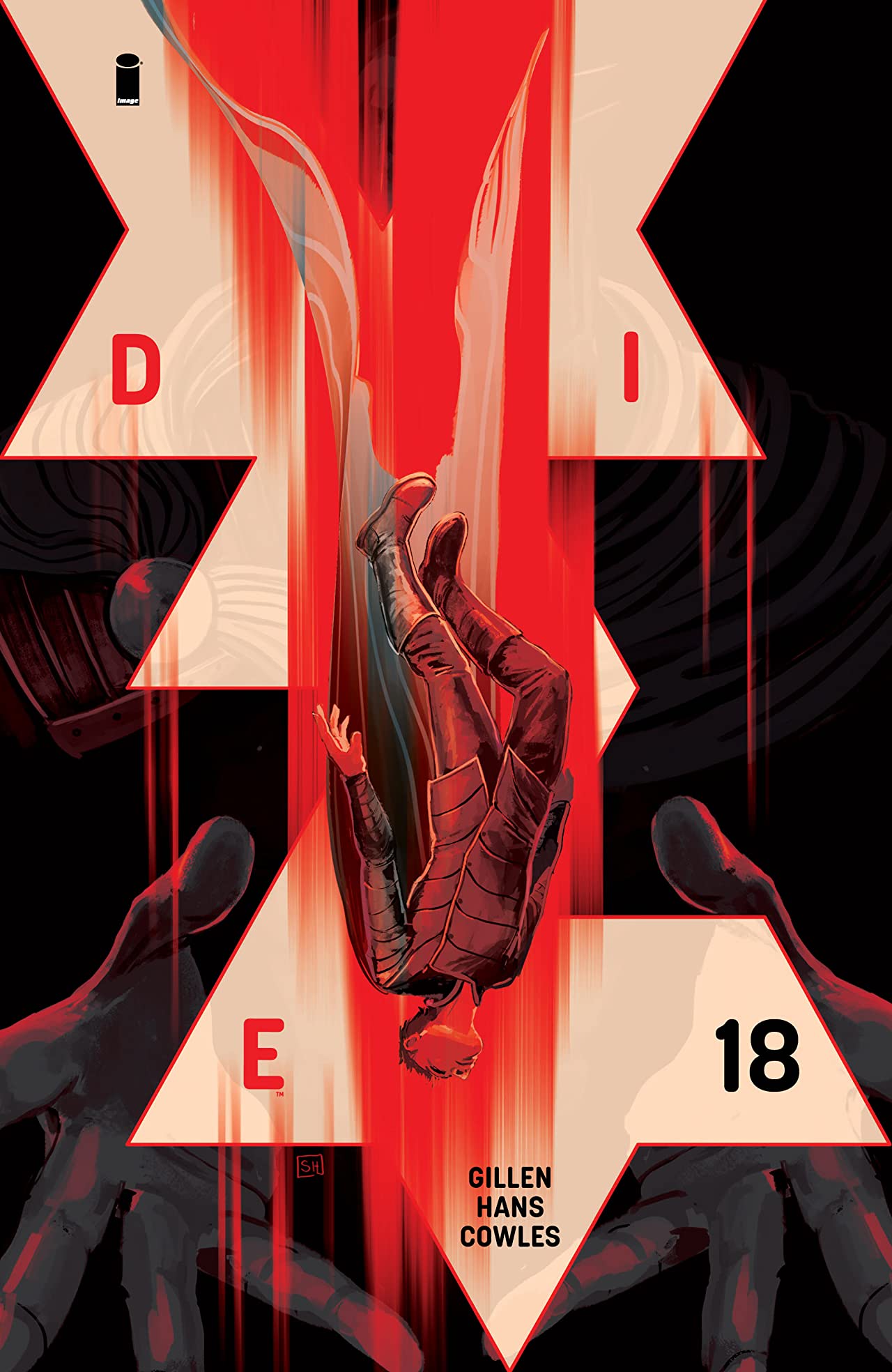 We are nearing the end of what may go down in history as one of the greatest twenty-issue series ever. Die, since its inception, has been a tour de force of dark fantasy, historical fanfiction, and psychological horror inspired by the evergreen popularity of tabletop RPGs. Gillen also seems very cognizant of ending on the 20th issue as an homage to the iconic random number generator that started it all. We have seen the party of six go through several different types of external and internal hells, and yet somehow Gillen manages to keep drawing us further in to the world.

Die #18 opens with a flashback that gives us a glimpse into the party relatively recently after their first exit. We see how much their adventure impacted their day to day lives immediately upon their return the first time around, and in more explicit terms, how much Ash is haunted by a single moment of hesitation. The page that Hans draws to capture that sequence is pitch perfect and encapsulates so many visceral emotions and is brilliantly contrasted in color by the pages that precede and follow it.

The final dungeon is one of the most gorgeous set pieces Hans has done (again, something that is continually confounding given how many spectacular set pieces Hans has already crafted for the world), and Gillen’s flippant narration through Ash plays with trope, convention, and expectation with flabbergasting ease that only makes the big revelations that occurs next that much impactful.

Die’s final arc remains a magnificent thesis and reflection on all of the moments that came before. It’s an exhilarating examination of why we play games and why we make the decisions that we do. The crafting of the self and the character we present to the world. To see that Die only has two issues left is to see the end of one of the greatest TTRPGs campaigns come to a close, and I’m ready insofar as I’m ready to be emotionally devastated by what it sure to come.