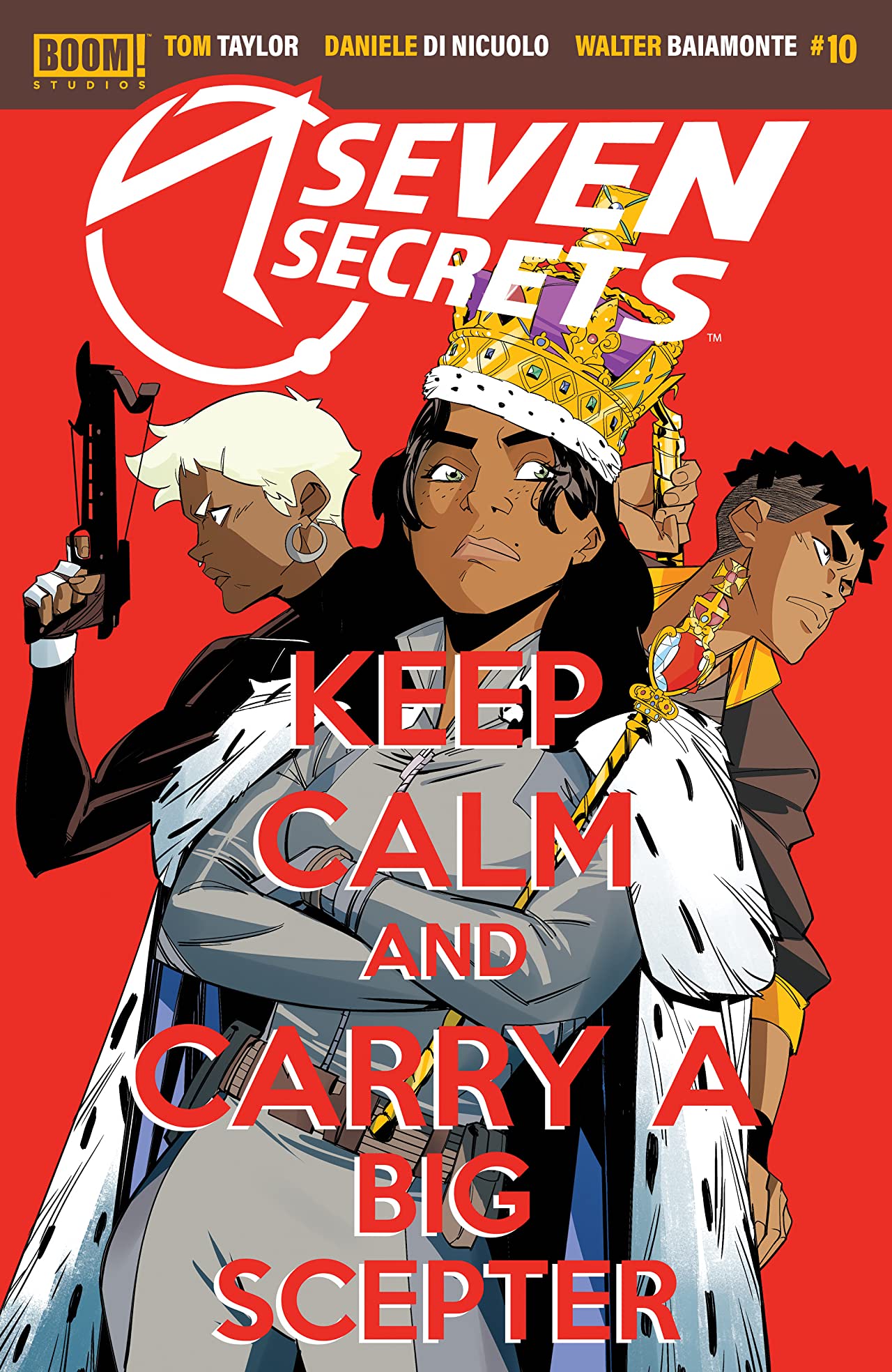 So, I’m convinced that Tom Taylor and Danielle Di Nicuolo are purposefully trying to stress me out. Every single issue of Seven Secrets continues to be an emotional roller coaster that I know has an explicit end destination that we are constantly barreling towards; however, at no given time do I know what twists and turns we’re going to take to get there.

With Seven Secrets #9 being a psuedo-interlude that saw Eva being bequeathed (or burdened) with the responsibility of leading the Keepers and the Holders, Seven Secrets #10 wastes no time in getting all of the pieces back on the board. Eva herself states that there is no time for ceremony or celebration and even more quickly than when the team was brought together, the team was whisked away to the corners of the globe.

Taylor’s ability to juggle multiple narratives with a veritable ensemble is enviable, as even with the several threads in play, it’s easy to follow and consume and also gives Di Nicuolo ample opportunity to show off a variety of set pieces and fantastic action on land, sea, and as we discovered previously, otherworldly locations. The scope of the story is so incredibly immense, but it’s packaged in such a way that it’s exceedingly accessible and the pieces fall neatly into one other like a miraculous game of Tetris.

Each of the groups is given something interesting to do, and Seven Secrets continues to be a wonderful blend of genres, easily transitioning between them, and creates this utterly enthralling story. With Eva and Casper’s group in England and Canto’s group headed to what used to be Switzerland, there is an intrigue that lingers on the brain as Seven Secrets’ second arc speeds towards its end.

This is a beautifully constructed and conceptualized comic, and every issue reinforces that belief more and more. There’s something in the pages for everyone, and you owe it to yourself to get invested sooner rather than later.