Die #1 was a late entry to the 2018 comic book market, but it immediately left a lasting impression, so much so that it still stands in my mind as one of the contenders for best comic book series debut of 2018. Die #2 does the equally, if not more, impressive task of maintaining the high quality of exposition and visual intrigue, and even the recap of the last issue is utterly brilliant it’s compactness and impact. 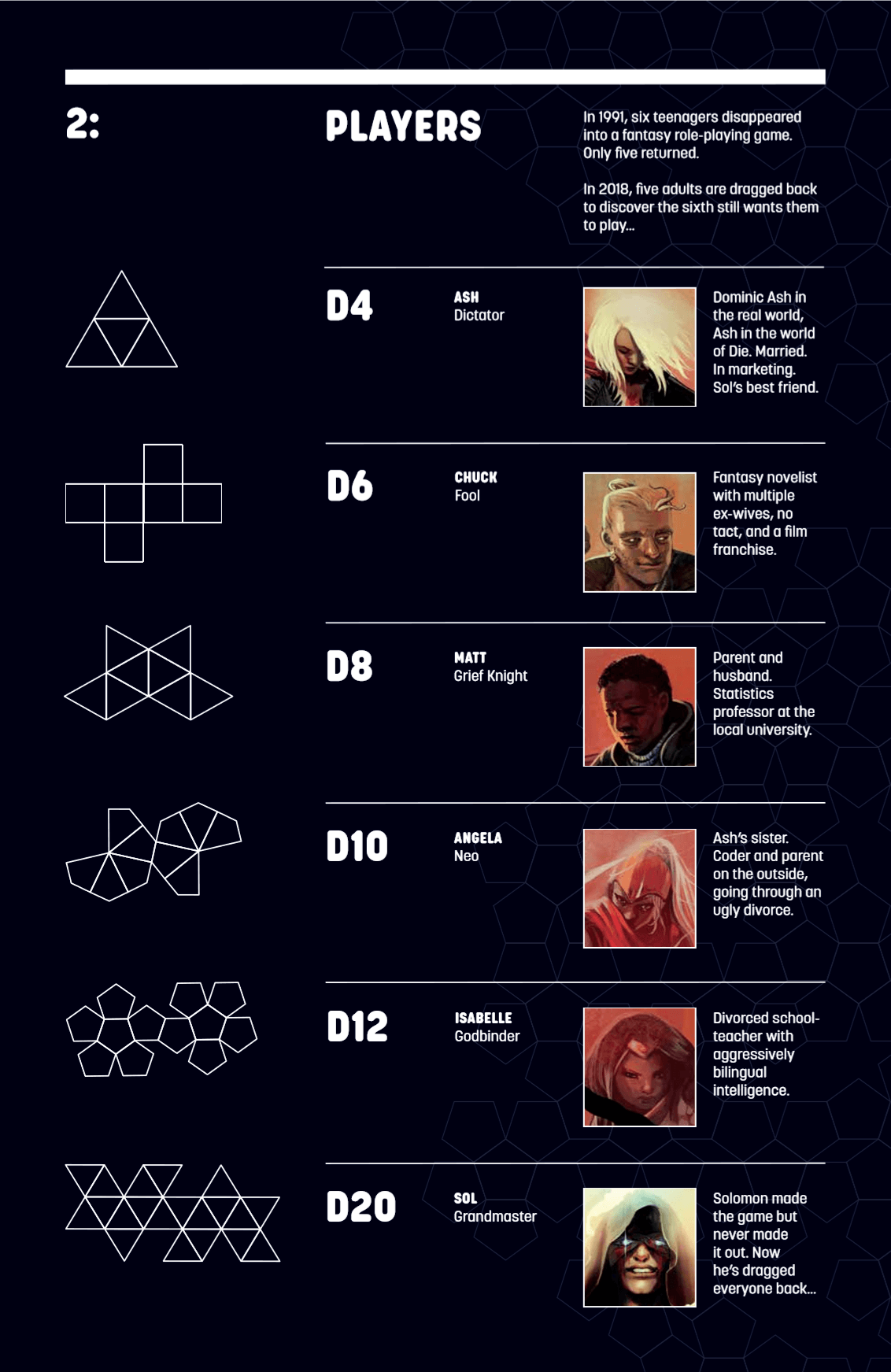 If Die #1 was a crash course into the premise of the comic, Die #2 is best likened to a crash course into the actual game mechanics of the fantasy world. In many ways, it’s like a second #1 because the entire aesthetic is drastically different. We’re fully entrenched in a saturated land of fantasy. Hans’ artwork captures the desolate ruins of a once flouring kingdom and shows the discomfort of 5 adults who are forced to take up the mantles of literal past lives in order to confront a former delusional friend. It is haunting and terrifying, unifying the best elements of horror and high fantasy and is a great visualization of Gillen’s twisted machinations. 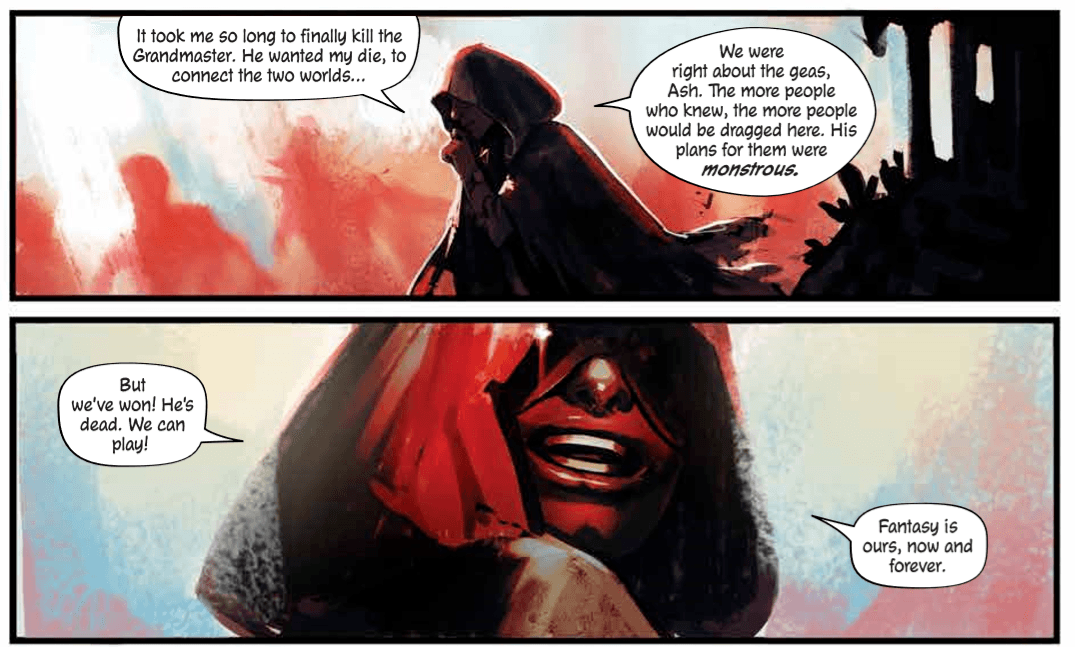 Gillen easily continues the eerie tour de force he started in the first issue. The pivot from emotional nostalgia to an encompassing overview of the new setting and the mechanics of the game are enthralling. Gillen’s metafictional attempts to examine the different classes of old school tabletops is a fascinating reflection of the types of people who used game as escapism. And the brilliance of all of this stems from Gillen’s hyperbolically deep understanding of trope.

Dictator. Fool. Grief Knight. Neo. Godbinder. Grandmaster. All of these are new concepts that have roots and origins in old rulebooks. Gillen’s greatest strength is his ability to manipulate that familiarity to be novel, to be unknown enough to be enticing. 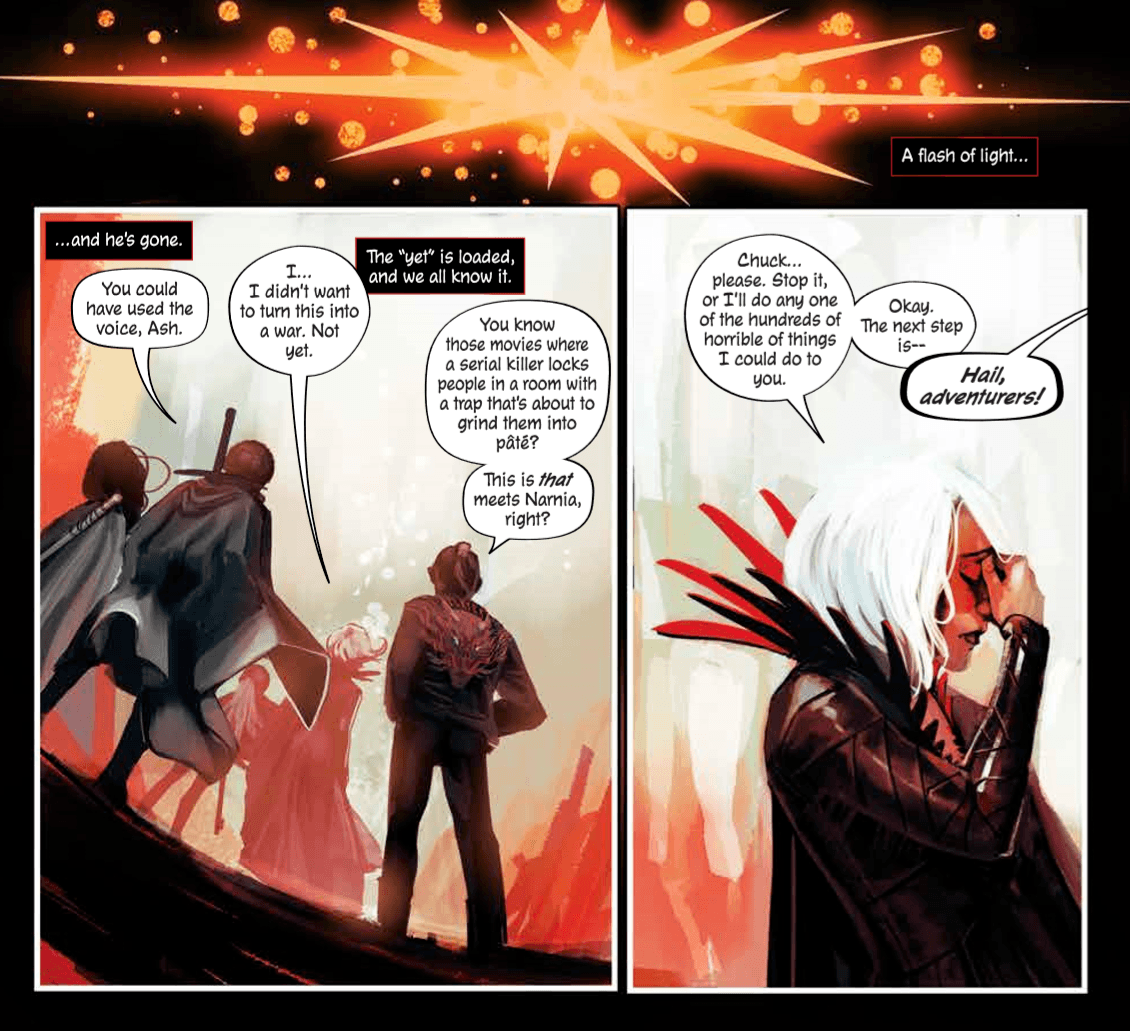 Die is not slowing down. If you didn’t read last issue, please start 2019 right and start reading the single issues. Once you get started, you’re not going to be able to wait for the single issues. Whether you’re a fan of Dungeons & Dragons or not, this is a top tier fantasy comic that should be on everyone’s radar.