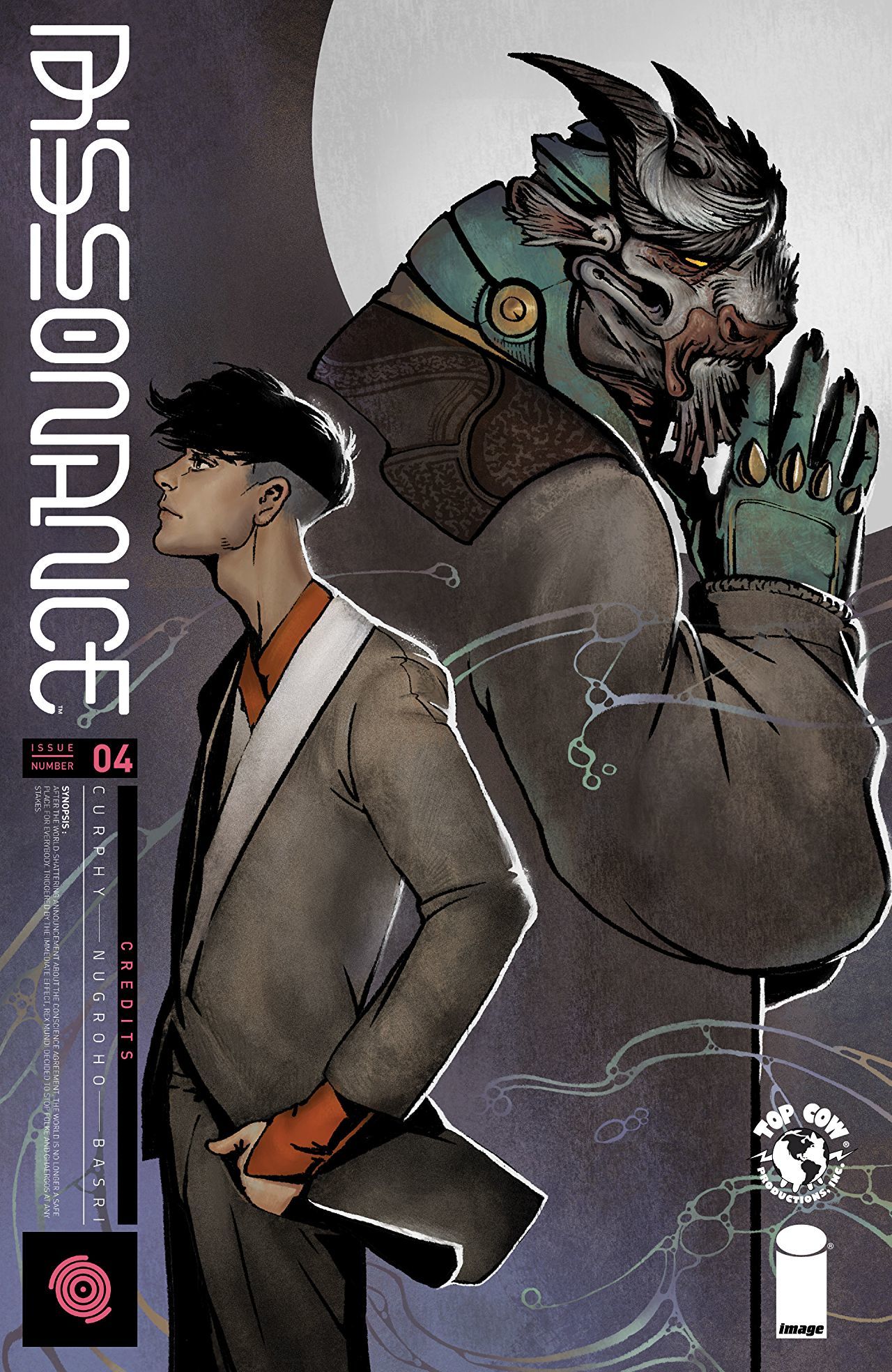 To say that Folke has thrown caution to the wind is an understatement. It’s been a long wait for the next chapter of Dissonance but here we are now, with the most action-packed, blood-soaked issue in the series. Last we left off, Folke had just revealed the Dissonance Hunt and the fact that The Conscience Agreement is a lie. Now, we see Folke and Ghaergos continue to explain the meaning behind those words. 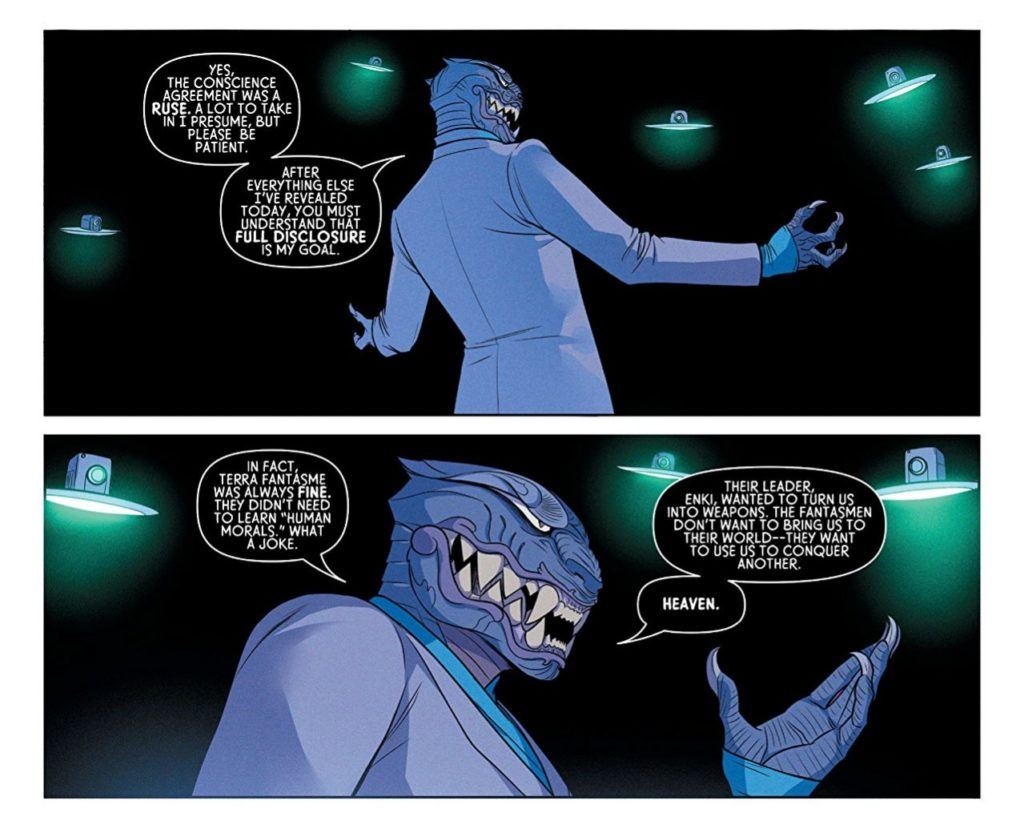 Obviously, this doesn’t sit well with the members of our resident super secret Illuminati group, the Rex Mundi. While some of the members’ reactions are predictable, the way that Remfrey and Alford react is surprising and telling. What their roles will be in the coming story is unknown but interesting to say the least.

The best part about this issue is the full role reversal that Folke and Rosia have taken. This was hinted at in the last issue. Now we get to see Folke as the aggressor, while Rosia completely shuts down as she witnesses the events unfolding before her. And speaking of the events that unfold, Sami Basri is on point. From every brutal slash to the morphing of the character’s appearance and their facial expressions during the battle. Folke now has the power he craved to find answers, and we get a little taste of what he is capable of doing. 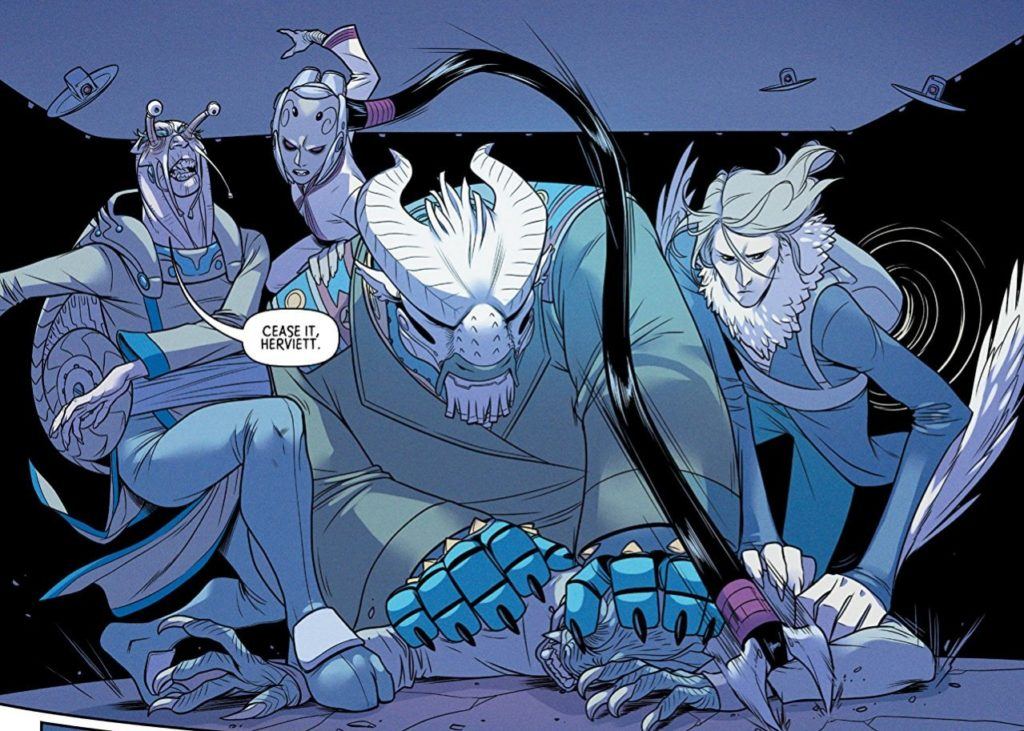 Another interesting part of this issue is how Nugroho depicts what Dissonance is like. We get a closer look at Folke after his transformation and see that he and Ghaergos still think independently, even though they now share one body. I’m beginning to wonder if it works like that for all full and half-synch people who have undergone Dissonance. It also brings up the question of who the Fantasmen of the Rex Mundi were before they decided to undergo Dissonance and what their agendas are.

Another great issue that sets up a lot of the future of Dissonance. Now that Folke’s agenda is known to the world, it’s will be interesting to see what happens next, as well as what decisions certain characters will make.