Star Wars from The Phantom Menace to The Rise of Skywalker

In May of 1977, Star Wars was released in theaters. And I think it’s safe to say that the world changed forever. This movie invited us to a galaxy far, far away. Many of us are still residing there. From day one, Star Wars: A New Hope wowed with its striking visuals, wide scope, and charismatic characters. Even though this galaxy was filled with droids, the Force, and Death Stars, it felt like a place with real people.

I can remember distinctly when I first saw Star Wars. It was in a Washington Mutual. Remember those? My mom needed to go to the bank for something. It was 2001, maybe. I was around seven or eight. As we waited in the long and stagnant line, a television on a rickety cart played out the climax of Return of the Jedi. I turned to the screen right as the Emperor began to electrocute Luke as he calls out for his father to help. By the time Luke takes his father’s mask off to look into his eyes for the first time, I had left the line and stood about five feet in front of the television. It’s wild to think that I walked into the end of the movie with no knowledge of the franchise, yet I couldn’t take my eyes off the screen. That’s the magic of Star Wars. 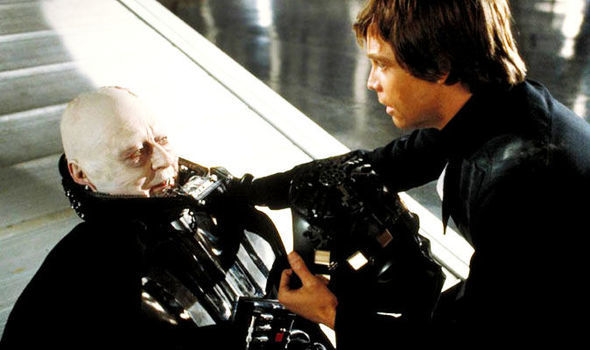 Star Wars defined what hope looked like in an abyss of darkness, and it did so by capturing the imaginations in ways that were new and refreshing. But instead of coming together to share the love we have for this franchise, some of us swim in toxic waters complaining about “forced diversity” and “having our childhoods ruined.” It’s aggravating. Just because it’s a staple in so many people’s lives — mine included — does not mean that we get to dictate how the story is told. The problem is, in a society that runs on capitalism, we have all the power. And that’s dangerous.

Things have gotten so toxic that I avoid talking about Star Wars almost altogether. Writing this right now is actually pretty hard for me. What was once a source of joy and community has now become a trash compactor full of stormtroopers. These days when I talk about Star Wars, I get anxiety, and I feel like I always have to defend any opinion I might have that just might happen to go against someone else’s.

There are a few reasons why I feel like Star Wars has lost what made it so special, but they can really be boiled down to the notion of ownership, and who holds the majority of the power when it comes to telling these stories. Queue the titles!

Believe it or not, I actually like the prequels. You can roast me all you want. You’re not the first and you won’t be the last. But I think the prequels (Episode I: The Phantom Menace, Episode II: Attack of the Clones, and Episode III: Revenge of the Sith) get a bad rap. I’m gonna go out on a limb here and say that the’re hated because they’re ambitious, not necessarily because they suck. It just so happens that that ambition is a symptom of why they wound up being not so great.

Before you start to force choke me through the computer screen, hear me out a second.

George Lucas wanted to give us a galaxy that was the exact opposite of the one from the Original Trilogy. We got a fully realized Jedi Order, the Clone Wars, a zaddy bearded Obi-Wan, and a double-bladed lightsaber. These are good things. Where it falters is when you factor in the autonomous power Lucas had over this trilogy. My guy was out here with that unlimited power that Palpatine was talking about. He directed all three and scripted all three. Except with some help from Jonathon Hales in Episode II, if you can call that help.

Before launching into the grand vision of the prequels, Lucas had only directed the first Star Wars: A New Hope. Empire Strikes Back and Return of the Jedi were directed by Irvin Kershner and Richard Marquand. And George Lucas co-wrote ROTJ with Lawrence Jasdan.

But my guy was all over the prequel trilogy like the Ewoks on Endor. So much unchecked power is how you get an overuse of CGI, long scenes, and monologues about sand. That spark was gone, and it was replaced with the soullessness of Hayden Christensen’s acting. Remember, I like the prequels. Imagine if I didn’t. 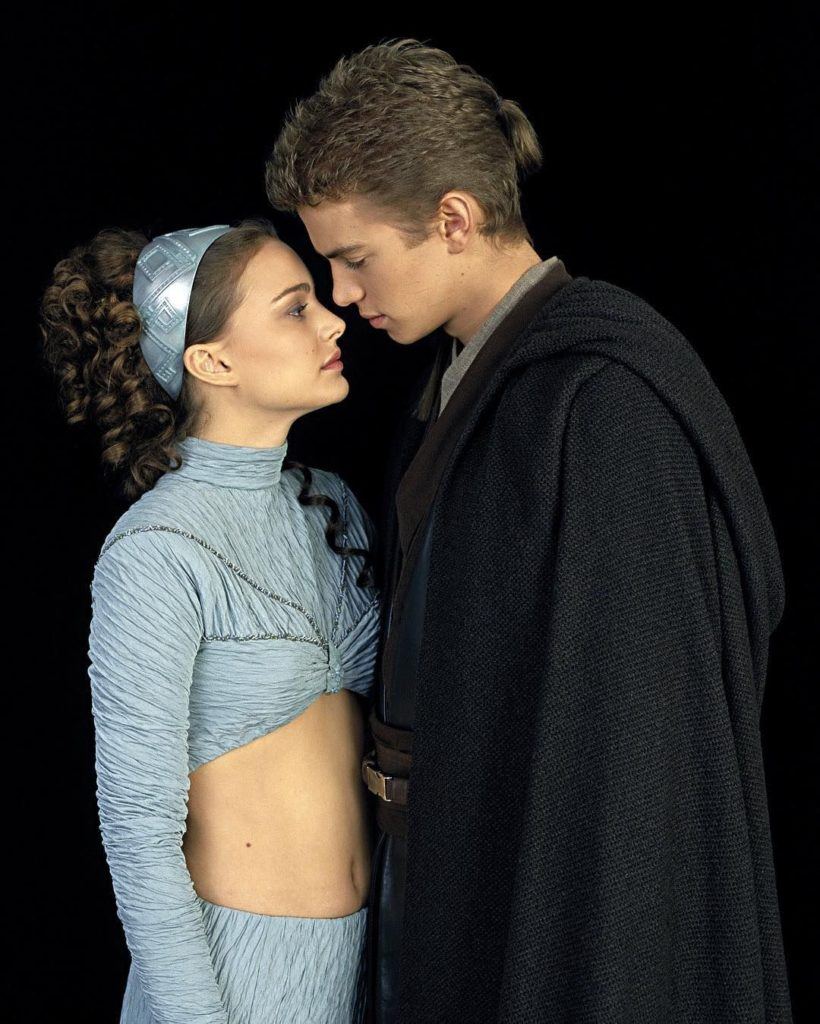 George Lucas flew too close to the twin suns of Tattooine, only to come crashing down into mediocrity with the fanbase in tow. That same energy that made Star Wars revolutionary in the original trilogy, proved to be too much by the time we got to the prequels. George should have had more people in place that served as checks and balances for some of his wild ideas. You can see his intent. There’s just no focus. I don’t blame fans who waited sixteen years for a new Star Wars movie for being upset with what they got. But they took it a bit too far. They harassed Jake Lloyd and Ahmed Best, the actors who played a young Anakin Skywalker and Jar Jar Binks in ways that have continued years later.

If you grew up with the prequels as your general introduction, you’re pretty used to people throwing shade. That’s why when Disney bought Lucasfilm and made The Force Awakens, they gave us a movie that hit the same beats and plot points that got us into the franchise in the first place. Desert planet? Sure. A bad guy in a black helmet? You got it. Another Death Star? No problem. The Force Awakens, from Disney’s perspective, was a necessary evil to bring back fans who still had a stale taste in their mouth from the prequel trilogy. I’m not mad at them for it. But I am mad at what came next.

From the jump, TFA’s successor The Last Jedi promised to be a departure from the cyclical nature of the Star Wars franchise. And it didn’t disappoint. It broke formulas, subverted expectations, and set the narrative into a new and fresh direction. All while embracing that original innovative attitude that George Lucas tapped into in 1977.

But y’all just had to show your asses, didn’t you? If you dislike the movie for legitimate reasons, I’m not talking to you. I’m talking to the people who bullied Kelly Marie Tran off the internet for “ruining” the film. The same ones who can’t fathom Rey being so strong with the Force. We got all these people afraid of change, afraid to do things a little bit differently. You know what Master Yoda says about fear, right? “Fear is the path to the dark side. Fear leads to anger. Anger leads to hate. And hate leads to suffering.”

Dude, we are all suffering. 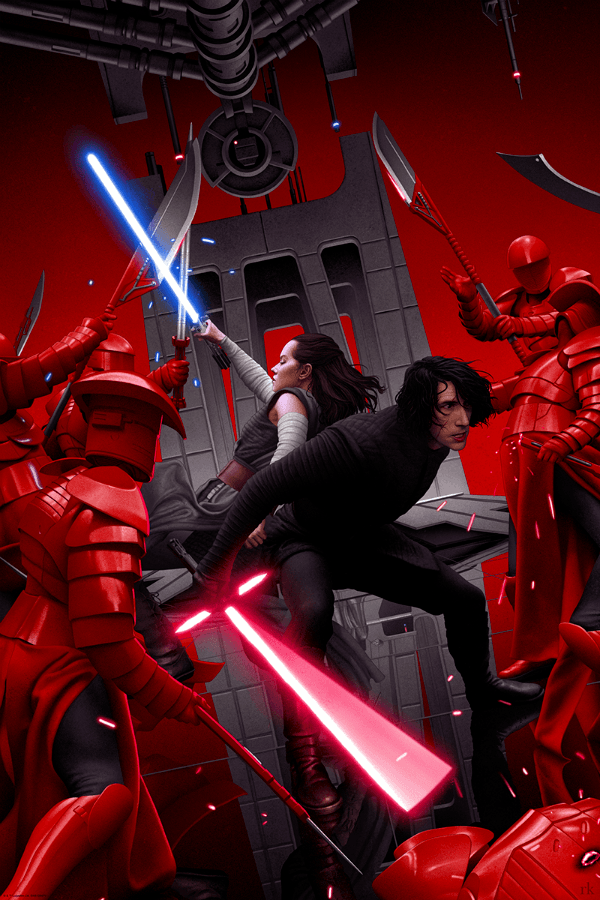 Love it or hate it, The Last Jedi was a new direction. But some of y’all hate to see it. Oh, you’re mad that Luke had flaws? That he wasn’t the messiah you imagined him to be since you were 12? Get over it. My dude single-handedly tricked his nephew and an armada of First Order troops by full-body face-timing through the force. But he didn’t pull a star destroyer out of orbit so he’s wack. Miss me with that!

Y’all were loud about your disdain for this movie. And you were heard. That’s scarier than seeing Kylo Ren’s ears.

That’s why my final big issue with Star Wars is capitalism. You know, that thing that runs the world? When you’re as big as Star Wars, you are worth a lot of money. And when a conglomerate like Disney buys you for 4 billion dollars, you better keep making it.

So now we’re at the point where it’s simple (yet unfortunate) math. Star Wars is popular. Fans will pay to see the movie. Make the movie as accessible as possible in the broadest way possible and make as much money as possible. Sacrifice ambition to generate dough.

If the movies feel disjointed of late, it’s because they kind of are. The capitalist nature of Hollywood coupled with the devotion to keep fans happy means that we get reactionary narratives that bend to the will of whatever will get the most fans in seats.

Star Wars: The Rise of Skywalker is coming up December 20. (The last trailer is out now!) It’s the last film in this particular series, the one that jumpstarted a fandom 42 years ago. I don’t know what to expect. It looks like more of the same. But it also looks weird (in a good way). I’m worried about JJ undoing everything that was done in Episode VII while making every conceivable call back to the eight preceding movies. I mean, just look at the poster. Palpatine is front and center. 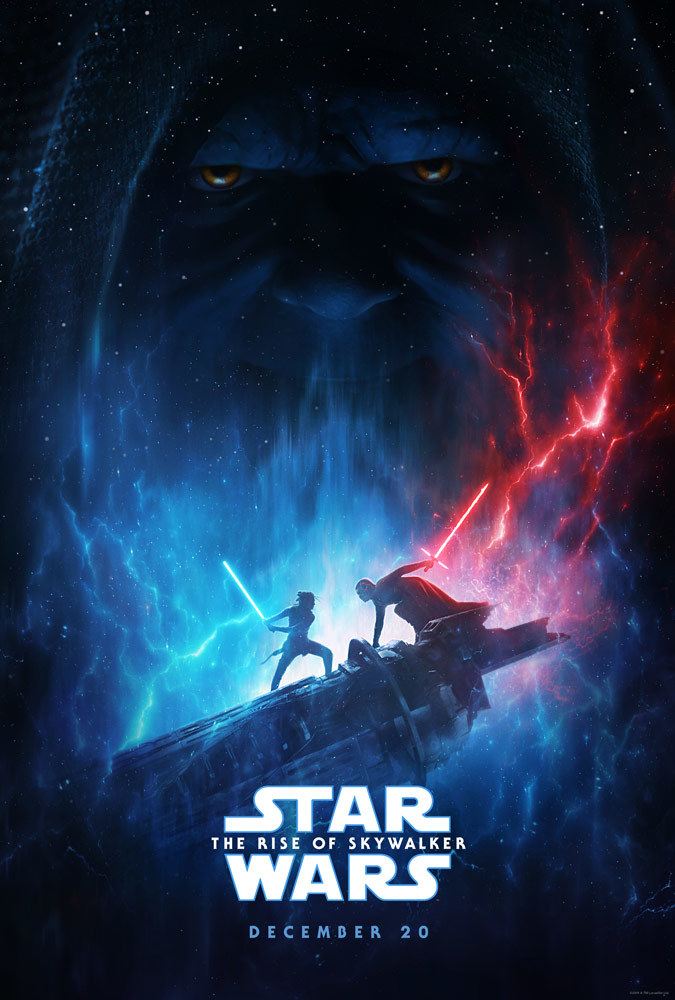 This is the last time I’ll be seeing a Skywalker Saga film for the first time, and I just want to feel like I felt in that Washington Mutual.

Star Wars isn’t going anywhere. Disney is gonna milk that Bantha dry for the rest of time. I just hope they can find a balance in the Force when it comes to making money and telling compelling stories. You don’t have to stick around if it isn’t working for you anymore, though. Star Wars doesn’t owe you anything. Relinquish some of that power. But if you choose to stay for the long haul, chill on the disdain a bit, will you? There are people who are still discovering Star Wars for the first time. And others who are perfectly happy with the direction that the franchise is going in. Star Wars isn’t yours. You don’t get to decide how others interact with it.