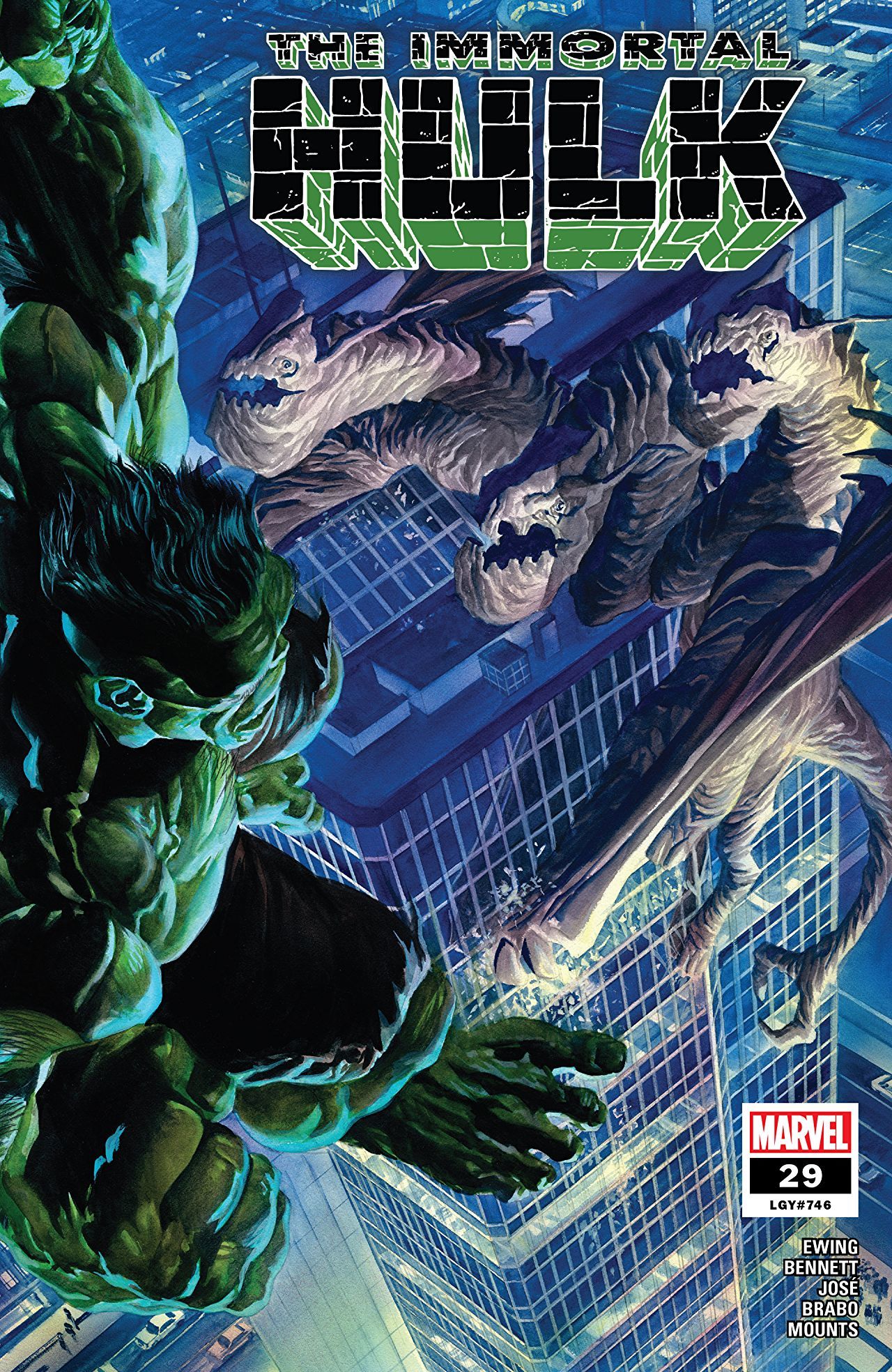 Nothing says welcome back to another issue of Immortal Hulk than giant monsters roaming through the streets of Arizona. Honestly, it not a matter of why this is happening but more like how come it took this long to pit the Hulk against creatures the size of skyscrapers. My only gripe is that this issue is more of a tease of what’s to come than the big battle we all expect to happen. That goes to show that you should never judge a book by its cover because you’ll only end up disappointed that you didn’t get to see the Hulk knock a giant Hydra’s teeth in.

That’s not to say we don’t get a lot of good content. Despite the lack of action, Ewing continues to deliver great character development and story. While I love the extravagant monster battles and amazing body horror we often get with this series, Ewing’s ability to dive into the state Banner’s psyche and his relationship with his multiple personalities is great stuff. It’s so interesting to see Ewing evolve Banner and play with the idea of the Hulk personalities as a close-knit family. 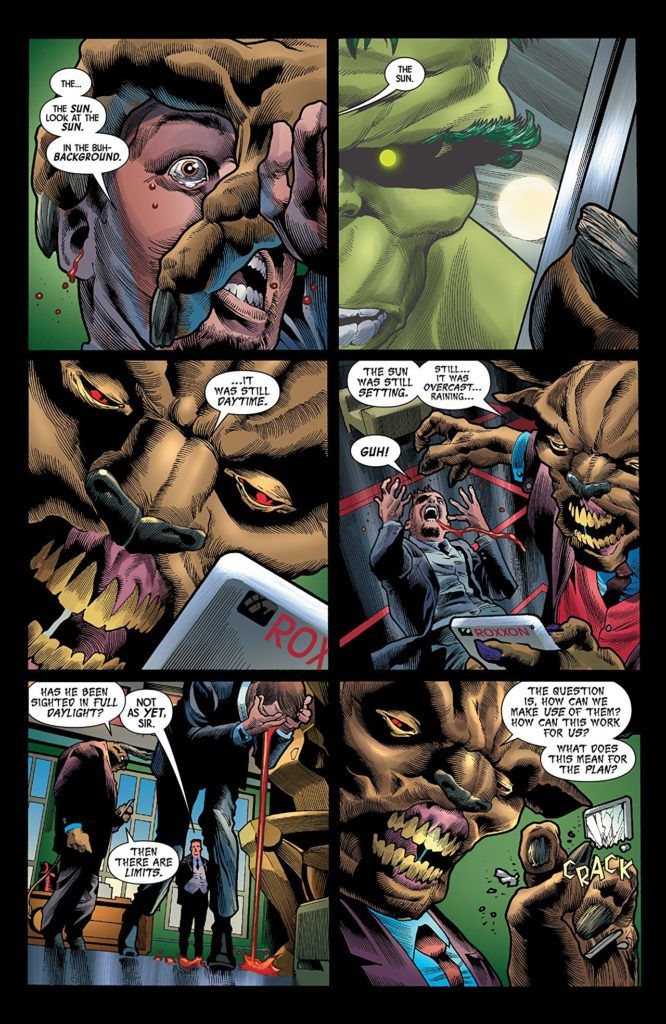 Also, I gotta say that I’m digging Dario Agger as the main villain. Ewing is clearly a fan of Agger during Jason Aaron’s run with the character, which really informs his take on him. Dario plays like a man who has clearly been through some stuff and feels untouchable. Considering his time during War of the Realms, he got every right to feel that way after surviving gods and war. He also seems to be getting really creative with how he is dealing with the Hulk. I can’t wait to see how their battle against one another plays out.

There always seems to be so much that Ewing is playing with for this series. Thankfully, he is doing it so well that it always seems to come together. And as always, Joe Bennett’s art compliments Ewing script wonderfully. I mean, I wouldn’t want anybody else drawing four giant monsters tearing down buildings and fighting the Hulk. Gosh, I hope he never leaves this series and these two continue to do good work.