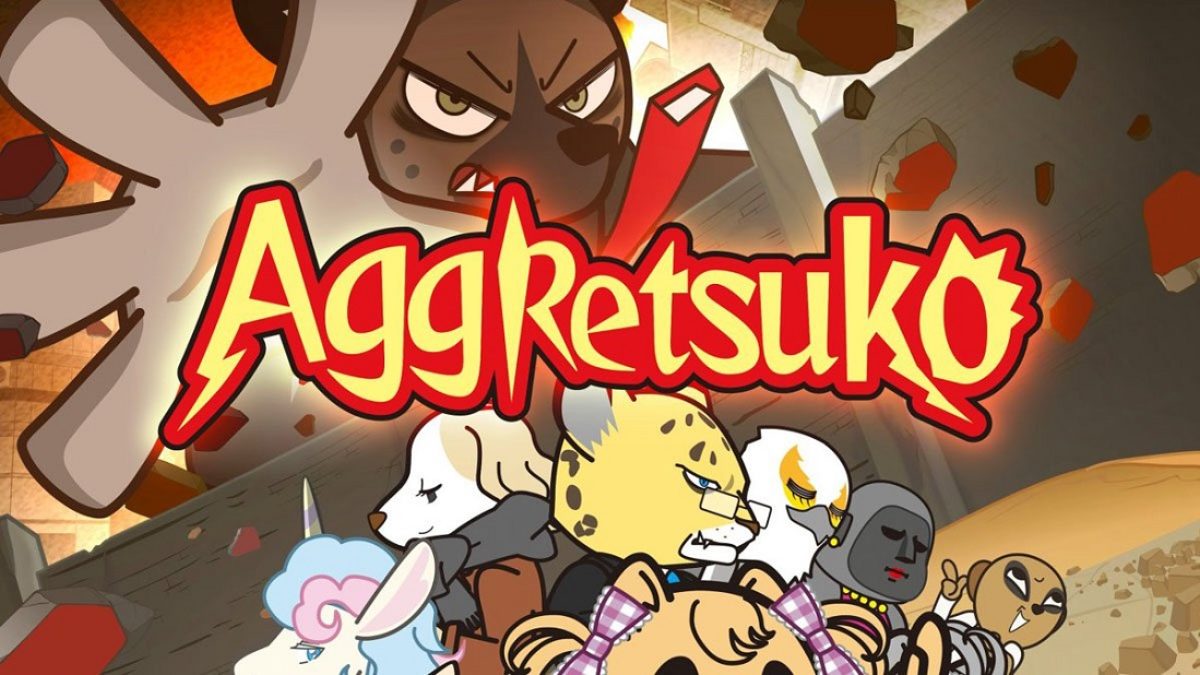 On season two of Aggretsuko, we got another entry into Retsuko’s love life. It was an interesting take on the idea of “settling” and wrestling with expectations and needs. But now in this new season of Aggretsuko the creative team gave me so much “chase your dreams” energy that I got enough inspiration for two months. Now, the show in general brings different layers of intensity each season by tackling different layers of adulthood.

In this season we begin with Retsuko fresh off the heartbreak line due to the separation from her rich ex-boyfriend. Everything looks wonderful! Looks like she found the sexy unicorn she deserves. I’m staring at my screen so proud of her. Because he clearly seems interested in her, she doesn’t have to go through all of that baggage and then, wait a minute…why is he asking her to buy him outfits? Oh no! The irresponsible in-game purchase binge!

I was baffled. I mean, she had savings in the bank and she was just straight up making it rain for her VR boyfriend. Went from Retsuko full time accountant to part-time sugar momma. I will not admit how impressed I was, but all I’m gonna say is she really blew out her whole savings account and started munching on breadsticks for lunch just to please her virtual unicorn man. If that ain’t loyalty for the prize then I don’t know what is. Granted, we all handle grief differently. Some go on work overloads; others try to replace the hole in their heart with in-game purchases. But I won’t deny how much I loved the introduction to this season’s antics. Oftentimes the most eye-opening moments of our lives is triggered after grief, and season three of Aggretsuko talks about that through career, love, and responsibilities.

What makes this season my favorite so far is that by now we have a good idea of who Retsuko is. We know what kind of mistakes she would make, how she decides to hide, and how her desires are reflected in the way she goes about her goals. When she prayed to marry rich, she fell into a relationship with a billionaire boyfriend entirely by accident. Retsuko in this season, while focusing on her healing, fell into debt and then she became a reflection of a dream.

After a car accident, Retsuko is forced to rack up 200,000 yen in order to pay off the damages. Putting her accounting skills to the test she becomes an accounting manager for an underground idol group and the season becomes a testament to risk, reward and desire. What made Retsuko’s struggles significant in this season is the fact that everything relates back to healing. Everything felt like a mind map where healing was the focus. How does Karaoke, love, money and emotional stability relate to self-sustenance? This season taught me that sometimes what we assume to be the place we “belong” can have elements similar to the places that pushed us away. We can’t assume that toxicity will not follow us in places that seem to support us.

Sometimes we try so hard to submerge ourselves in the goodness that presents itself, that we willingly become ignorant of the dangers that are lurking in the shadows. In Retsuko’s journey as an idol she was placed in a difficult situation that was not her fault and she had to learn how to choose between “belonging” and “comfort”. Oftentimes places where we “belong” will not allow us to live comfortably. It will grant us feelings of fulfillment on occasion, but then could put us in disarray that does not support our mental health.

Risking it All for the Sake of Temporary Joy

This season of Aggretsuko is a testament to putting yourself first and understanding that not all things that seem good for you should be your main focus. We all know that Retsuko loves metal. The mic in her purse, she is the queen of manifestation. But what happens when your coping mechanism becomes the main force in your life? I think plenty of folks think about what would happen if they chased their dream instead of holding onto their day job. When the time comes, what would we have to risk in order to get what we need? In what I believe to be the tensest season thus far, the creators brought humor and grit to what is often an extremely difficult situation.