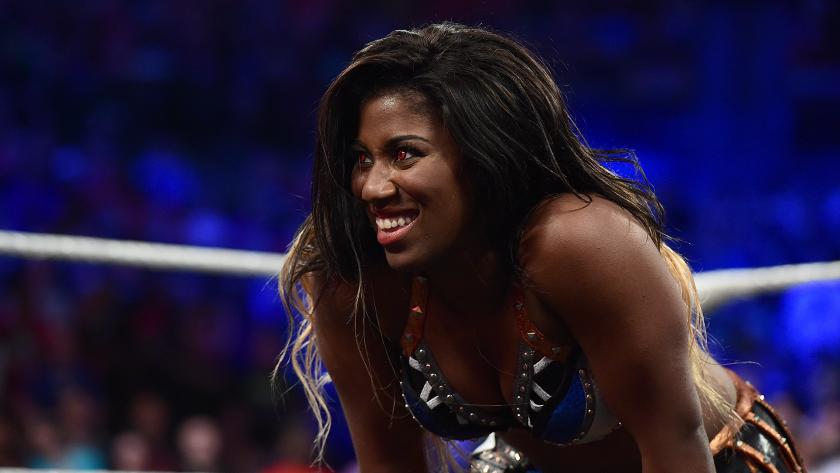 Yo, if you grew up with wrestling, whether it was in the 80’s, 90’s or present day, there’s that tradition you go through of getting put in a submission or hit with a flying elbow. That’s what wrasslin’ does to you, man. It puts you right in the thick of it. My grandmother was a fan of wrestling and she’d be swinging her arms like she was punching right along with the likes of Dusty Rhodes or Junkyard Dawg. My mom told me ’bout how she knocked her daughter off the couch in excitement once, you know that feeling, fam. That’s when you’re in the pure fan zone and can’t be held accountable for your actions.

I grew up with wrestling, but comic books and anime overtook me and wrestling became the fandom I came back to every so often to check on. There’s no feeling like watching two competitors enter into the squared circle to tell a story through a myriad of maneuvers in order to come out on top for a victory. You think you’ve seen everything under the sun until that shit gets eclipsed by a wrestler coming and raising the bar to another level. A friend of the site Donald Donaghue was telling us about one such eclipse that arrived in WWE’s NXT development camp that goes by the name of Ember Moon.

Formerly Athena on the independent wrestling come up (Reality of Wrestling, Shimmer Women Athlete’s, Women Superstars Uncensored) Adrienne Reese made her NXT debut at NXT TakeOver: Brooklyn II on August 20 for her Ember Moon persona. I had to go back in the archives of the internet on that page 7 google search research in order to properly familiarize myself with Adrienne’s work and all I was able to find out is that this Adrienne Reese is a muh fucking athlete, fam. I’m watching her matches like, “I ain’t even seen cats bust these moves out before! How they do that there?!” Also let’s be clear, when I say athlete, I’m not talking strictly within the parameters of women’s wrestling or women’s sports. Nah, when I say athlete, I’m talking sports. Period. Das it.

Ya girl can fucking move, man. Adrienne Reese moves like she is a product of the WCW cruiserweight division era. Reese moves like she out here as the hardest of the Hardy boys. Adrienne Reese moves in the ring as a true student of the fucking game. I was watching a highlight reel of her top fifteen moves and I saw her modify (leg trap) a fucking crippler cross face and latch one on quick as fuck after a pin. I. WAS. MUH. FUCKING. SOLD, SON. I AIN’T EVEN WANNA SEE THE REST (I did of course) I WAS IMPRESSED OFF THE MUH FUCKING STREEEEEENGTH.

Not only does Reese take to the top rope on her high flyer acrobat shit but she is technical as fuck. I’m talking, like if we’re being technical about it, which is to say Bret “The Hitman Hart” about it, ya girl out here moving and adjusting quicker than a Rubix cube being solved, man. It really looks like poetry as a fluid body of water being set in motion watching Reese’s ring work. Her submission game is Harry Houdini in the fucking trap escaping a trap, fam. All of which is to say, THERE’S PHYSICS TO THIS SHIT.

Reese got the moves, right. She’s got the persona. I’m not sure if she is a heel or face and I don’t even give a fuck. When you got the skills, I’m with it no matter what side of the line between good or bad you fall on. It’s one thing to be that nice in the ring, and still improving as well.

The cosplay is strong with this one

Throw in the fact that she’s a nerd girl? Ughhh, WHAT? Donald was so adamant about her nerd game. I’m like aight, where it at tho? Dude, I’m watching one match where she had an opponent laid sitting against the turnbuckle, she went to the other side and shouted “WINTER IS COMING!” then ran up on her with a knee to the face. I. WAS. DYING.

Her cosplay game is fucking ridiculous. She entered a match in WSU where she rocked Game of Thrones banners and a fucking hollow mask man. Not to mention she out here giving you the Sailor Moon signiture too and she fucks with Dungeons and Dragons. I repeat there’s physics to this shit!

Gott many q’s about my fav dnd characters. my fav was a half black dragon monk named Nyneve (5th e) and priest of mystra named Reese (2nde)

No games are being played here pleighboy

I don’t know how much nerdier you want it to be or how much more manna you need for the Black Girl Magic that Adrienne Reese is giving yall from Athena to her new Ember Moon persona. Now if you needed one more thing, just one more sequence to complete the hyper combo that Reese is hitting you with, then lemme direct your attention to her finisher. The O-Face.

*Looks into camera like The Office* I don’t know what else more I can say. Do you see gawd? Do you see the fucking gaul? The guile? The fucking…the fucking… the fucking showmanship of this shit? I’ve seen stunners in my life. I’ve seen’em modified but god damn man. Come on, that shit ain’t even fucking fair. Reese out here making muh fuckas jump out their seat on that shit. You can see why it’s called The O-Face (shout out to Office Space), you just wanna watch that shit over and over repeatedly. I’ve regretted being behind on wrestling and catching up before once I saw AJ Styles come to the WWE, now that I found out about Ember Moon. I just feel fucking ashamed that there was a wrestler with this much ability out there that had me feeling like I’m watching the cruiserweight revival in the flesh.

I gotta say it again so you know it’s truly trill: Ember Moon is on that real athlete shit, fam. Y’all want that high flying technical shit back? You want that back? It’s here yo! Adrienne Reese and Ember Moon is here, fam.