As of this posting, one of the series-defining games that inspired the term ‘Metroidvania’ is returning after nearly 20 years. Whether 2D or 3D, these games are known for breaking up exploration with difficult enemy encounters. This gives ‘Metroidvanias’ the less awkward alternate name of ‘search action’ games. Whatever the preferred title, the response to Metroid and Castlevania’s absence has been a genre that rushed to fill the void they left.

This is due to a third influence that brought ‘search action’ from 2D to 3D. Branded with the similarly unwieldy title of ‘Soulsbourne / Souls-likes’, the impact that games like Dark Souls have had on games of the ‘Metroidvania’ style are undeniable. Several other games have translated Soulsbourne’s particular aesthetic back to side-scrolling search action. The latest to successfully do so is Ender Lilies: Quietus of the Knights.

The signifiers that mark medieval European fantasy-oriented search action games are all over Ender Lilies. In a cursed kingdom gone to ruin, the player awakes with no memory. The ominous proper noun they have to deal with are the Blighted: the curse-corrupted citizenry of the kingdom. Undoing the curse will involve fighting enemies and memorizing their patterns while collecting context about the tragedy that befell the land.

Most search action games, however, cast their protagonist as a sort of combat archaeologist: Laura Croft or Indiana Jones with a stamina bar. Ender Lilies subverts this by centering their game around an escort mission of sorts. Before you close your browser window at the mention of ‘escort mission,’ be assured — you control both the escort and the escorted, so to speak. In this scenario the escorted party  is the White Priestess, a young girl.

A seemingly Blighted knight, reduced to a spirit, awakens the priestess in a chamber beneath the kingdom. Together, they set out to restore the young girl’s memory and the kingdom. Gameplay is made up of the White Priestess moving about the world, summoning the ghostly knight’s attacks at the press of a button. Defeating various Blighted bosses during your progress acquires them as different styles of attacks for the White Priestess to use.

These Spirits — a bulky Viking revenant, a nun with Gogo Yubari’s meteor hammer, and more — become your new attacks. Mapped to face buttons, Spirits can be put in sets of three to be swapped between depending on necessity. Aside from use cases, players will want to swap between Spirits because many have a limited number of summons. These can be refreshed by finding in-world items or resting at one of the save / fast travel points in the world.

Expect to become very familiar with these save points, too. Going on mental autopilot during play is a good way to find yourself replaying through whole sections of Ender Lilies’ eye-catching ‘Sin City meets Vanillaware’ art direction. All progress in games of this type is hard-earned and achieved through an almost meditative way of teaching players their controls.

None of this is to say what Ender Lilies does is bad, or even that it’s been done better elsewhere. Games, like all technology, are part of an iterative process. Search action games in the cultural conversation were bound to end up here, but Binary Haze’s developers have created a game worthy of the company of contemporaries like Blasphemous and Hollow Knight.

Doubtless other games will come along to tread such familiar ground; yet Ender Lilies is distinct enough to make it worth the journey. 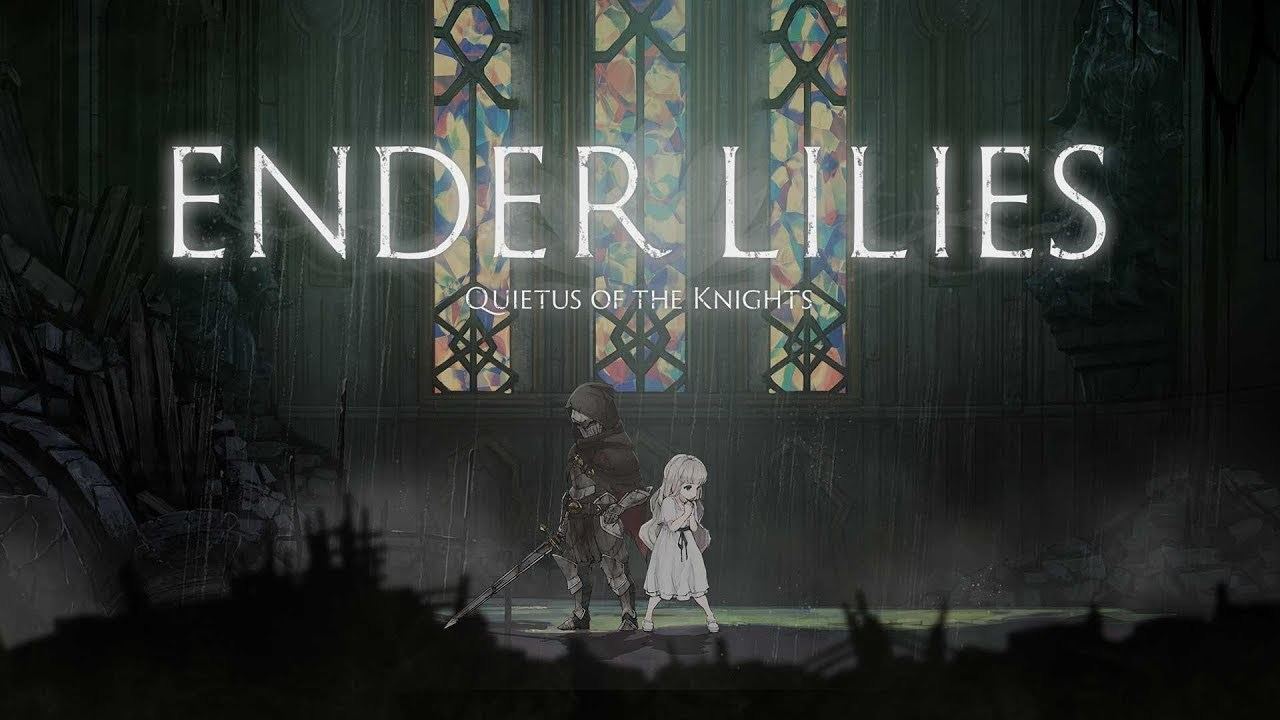