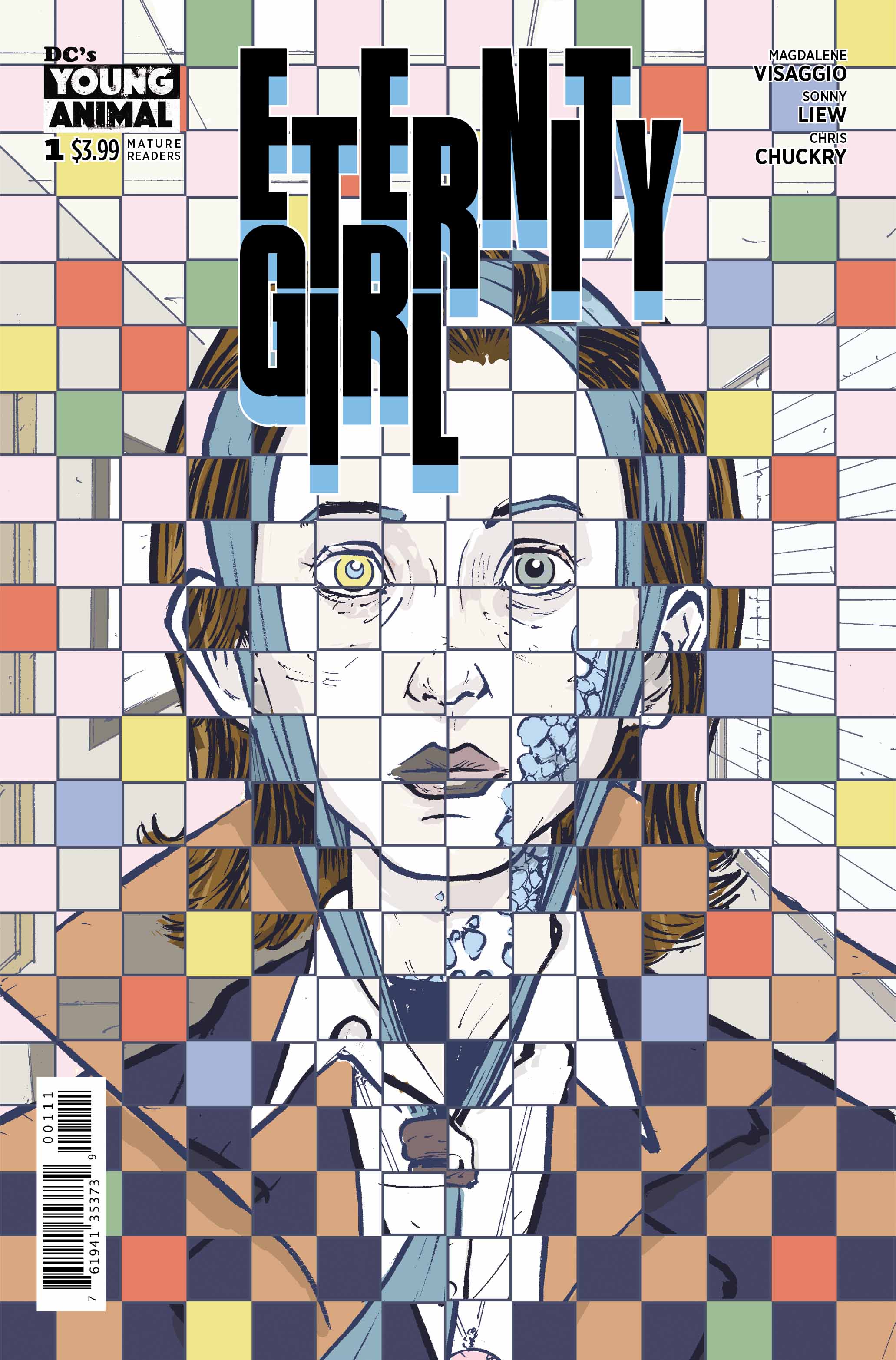 I’m honestly not sure where to start.

The opening line of Eternity Girl #1 has a particular resonance to it. The latest title in DC’s Young Animal imprint is difficult to describe. There is a part of me that wants to compare it to its sister title, Shade, the Changing Girl (or rather, Shade, the Changing Woman), as both are surreal titles with a woman protagonist at the forefront. But whereas Shade is an exploration of the girlhood experience, Eternity Girl feels like a reflection on surviving it. As a result, the story embodies an experience closer to ennui than anything else.

Eternity Girl #1 is an origin story, but rather than reveling in the uncovering of power, it is a somber walk through the life of Caroline Sharp, a.k.a. Chrysalis, a.k.a. Eternity Girl. The issues opens with a Caroline in a therapist’s office, recounting a relatively happy childhood that dovetailed into a venture into superheroics and super-spy shenanigans, that have ultimately left her fractured. 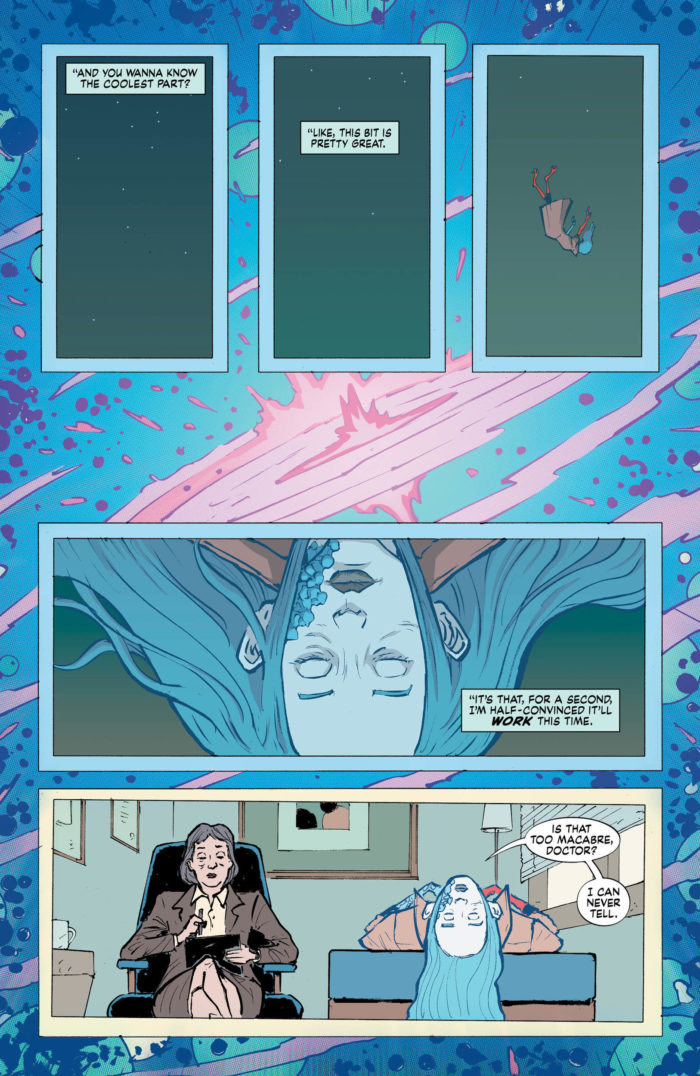 It’s a potent tale of depression, what happens in the aftermath of traumatic events. The reality-bending nature of Eternity Girl’s powers grant some combination of immortality and matter manipulation. Visaggio’s leverages this idea beautifully in how Eternity Girl’s perceptions can literally shape the world around her, complement with the beautiful visuals provided by Liew’s artwork and Chuckry’s colors. The creative team infuses these larger-than-life elements into the slice of story, creating beautiful juxtapositions that create some magnificent moments.

Eternity Girl #1 is a dense story. It’s a beautifully realized story, but one that requires precise reading and a willingness to be led along the narrative arc. The exposition occurs in intermittent bursts, and it’s a dark tale in more ways than one. It very much exists in conversation with the other Young Animal titles, so if you’ve enjoyed any of them, you’ll be at home. Individual panels and pages left me absolutely floored but when I was finished reading, I was left wanting. Perhaps given the context, that is an appropriate reaction. We’ll see what happens in #2.