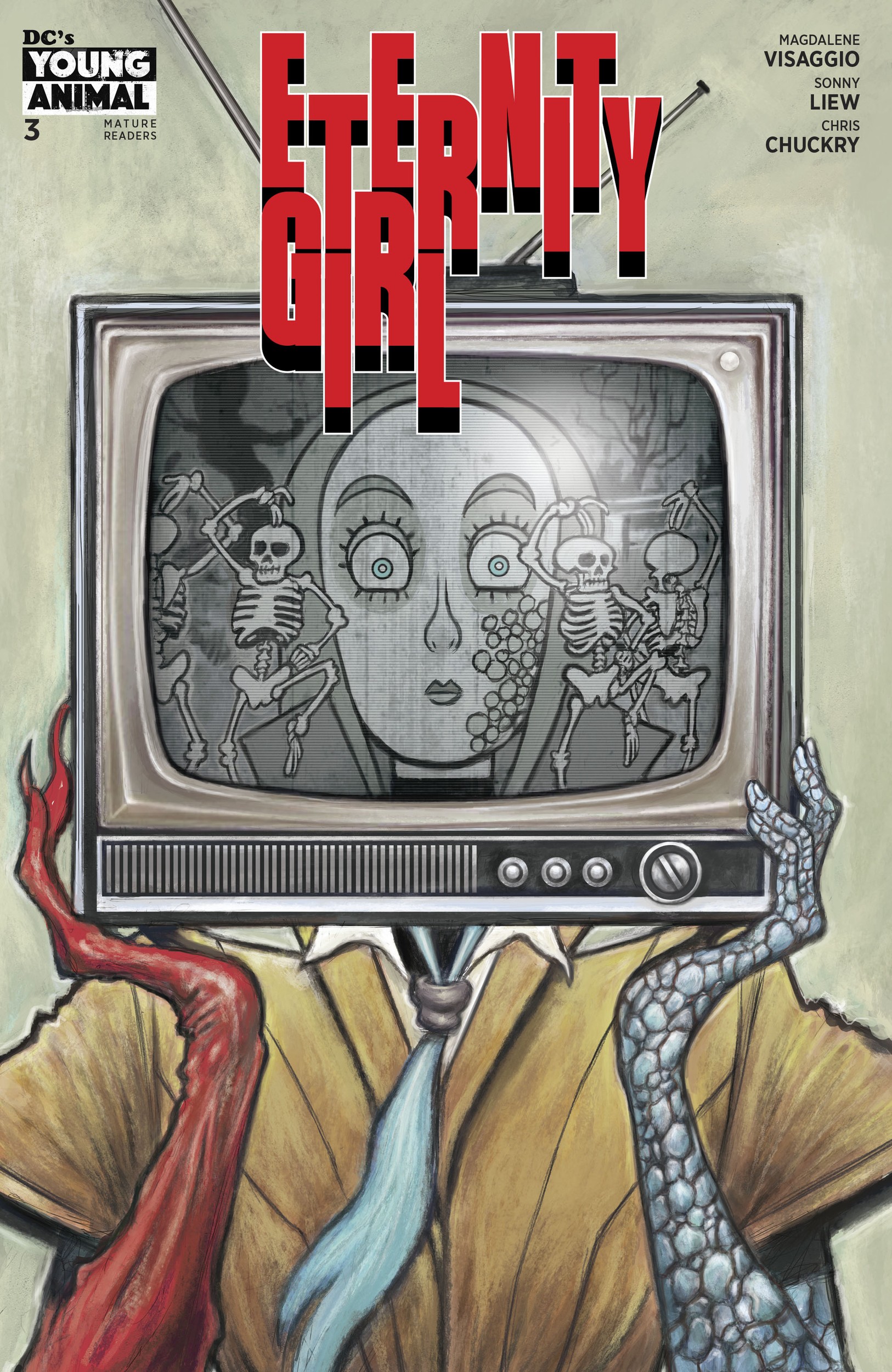 The first two issues of Eternity Girl were largely focused on the titular character. We spent pages situated in her viewpoint, in her struggles, and in her desperation to escape the ennui of life. Eternity Girl #3 does something interesting and its entire introduction has us peeking into the higher-ups that govern both Caroline and Eternity Girl. In the aftermath of Eternity Girl going nuclear at her Alpha 13 boss’ home, both a house and a fundamental cosmic force have been obliterated, and Eternity Girl is going on a trip.

Visaggio’s handling of interwoven narratives is one of the most compelling things I’ve read this year. In the first half, the pages contain multiple panels with entirely different sets of characters in drastic situations with the writing and artwork effortlessly switching between scenes in the time it takes for the eyes to drift over the white space. Yet, it never feels overwhelming. 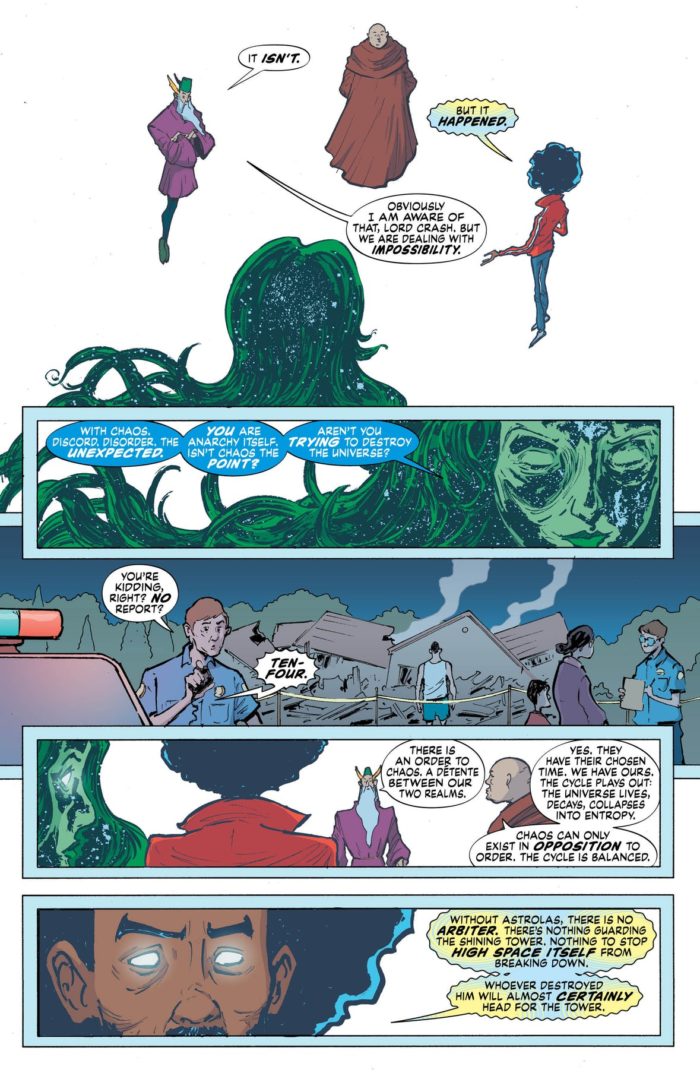 Despite the constant barrage of information, Visaggio constantly foreshadows and calls back details and conversation in a surrealistic way. The entire first half of the comic blurs together and feels like a dream, aided by Liew’s magnificent artwork and ability to switch between your standard city-scape and the cosmic outer realms. The second half of the comic contains some hauntingly beautiful images and surreal sequences that create a sense of unease across the universe.

It feels weird to say that Eternity Girl, the comic, keeps getting better and better, while Eternity Girl, the character continues to spiral down. The continual descent and multiple storylines read significantly better as the stakes are raised and the pacing gets faster. Eternity Girl #3 has all the general malaise and quantum philosophy that drew me in at the start of the arc. Nevertheless, rather than the slow burn that I characterized, the first issue has become an active flame that I can’t keep my eyes off. Between Liew’s art and Visaggio deft ability to challenge the reader’s perception, there’s a brilliance here that leaves you stunned at the end.