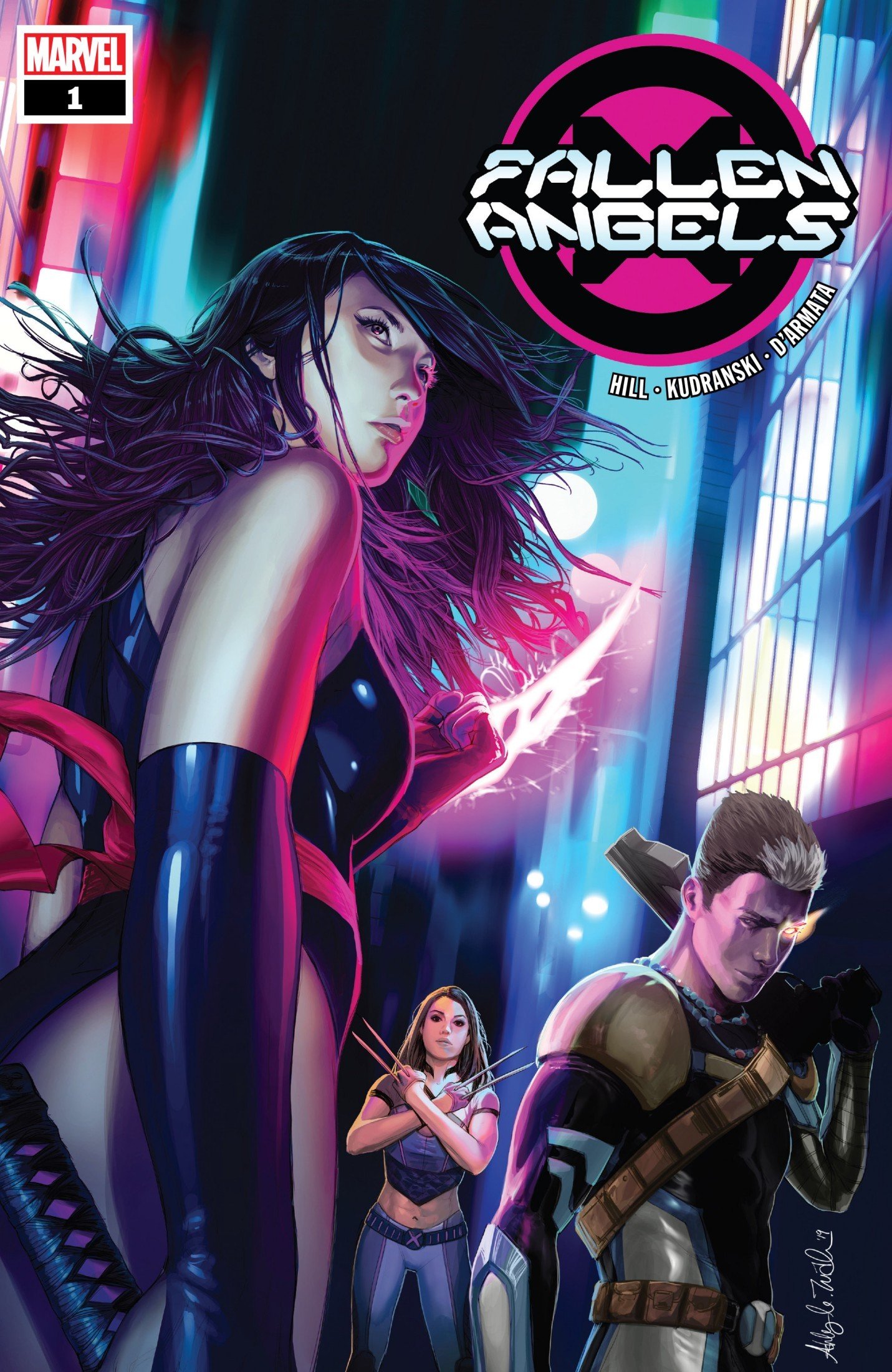 “I prefer you this way. Fearless. Certain. A little disturbed.”

As the final series in the first wave of the Dawn of X, Fallen Angels delves into the paranoid, meditative, and noir-tinged side of the apparent utopia on Krakoa.  In the wake of the assassination of Charles Xavier (X-Force #1 for those not reading all the tie-ins), the mutant nation finds itself on lockdown as mutants like Psylocke, Cable, and X-23 grapple with the reality that they were not made for peace. A grim and complex existentialism lies at the heart of this series thus far and plays perfect counterpoint to the more lighthearted series such as The Marauders and New Mutants. The combined talents of Bryan Hill and Szymon Kurdanski merge seamlessly, creating a cinematic pace and tension in the narrative from panel to panel. 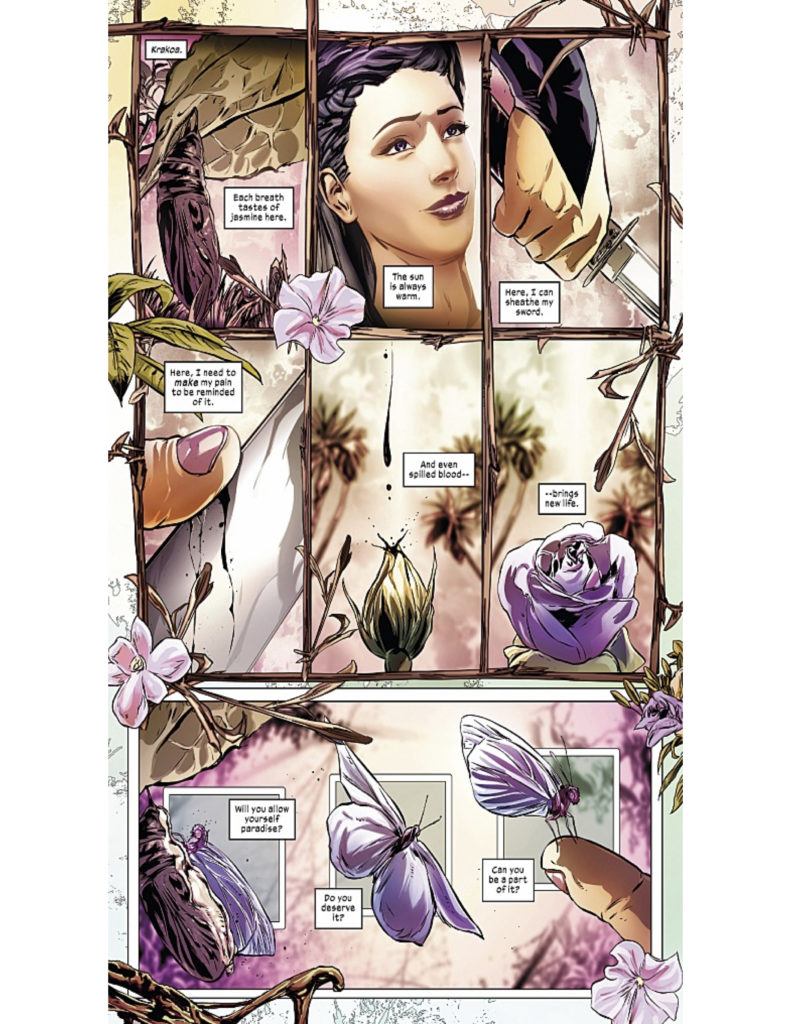 Like the debut issue of any team-centric series, Fallen Angels reads quite classically, but breaks up the narrative with two parallel stories that collide with a major revelation about a long-thought missing member of Psylocke’s family. The biggest draw of the series is the fact that Psylocke is the central character. No, not Betsy Braddock. She’s off pulling Excalibur from a stone and being the new Captain Britain. This Psylocke is the finally emancipated Kwannon, the Japanese assassin who was trapped inside of her own body when The Hand replaced her consciousness with that of Betsy Braddock’s. In last summer’s Hunt for Wolverine mini-series, “Mystery in Madripoor,” Betsy was restored to her original body, while Kwannon reappeared in Matthew Rosenberg’s 2019’S Uncanny X-Men run. Since Betsy has claimed a new title, Kwannon claims Psylocke as her own mantle, and it suits her.  Psychologically, Psylocke is an interesting character to posit at the focal point for this new world. Her warrior’s nature is a perfect contrast to the promised utopia of Krakoa, and her conflict to resolve her past and existence make for great character study. 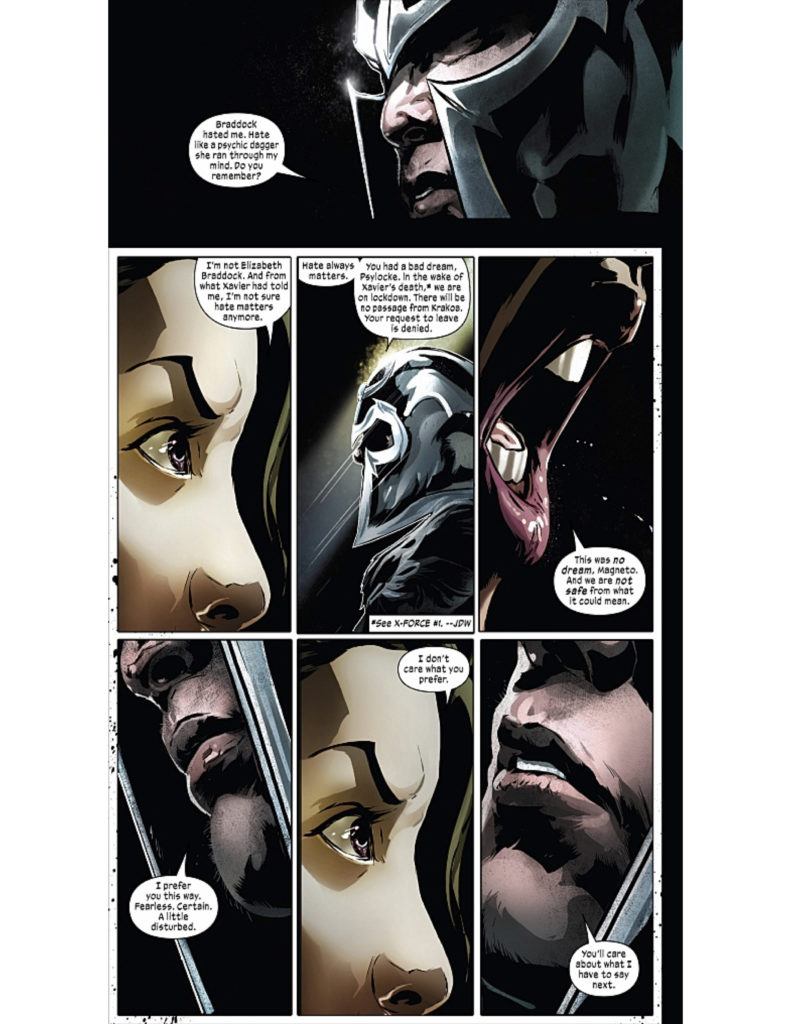 Bryan Hill is a beast, so Fallen Angels was already high on my pull list of Dawn of X titles to read right next to Hickman’s flagship title.  Hill’s previous series American Carnage, released on DC/Vertigo (RIP), is a masterpiece — think peak True Detective meets American History X. Currently, he also doing some standout work on DC’s Batman and The Outsiders and Boom Studio’s Angel adaptation.  In Fallen Angels, Hill’s usual finesse with dialogue shines through. He nails the nuances of voice and character dynamics with sharp precision in the complex relationship with Psylocke and Magneto when she visits the House of M. Hill also uncovers a new empathy and dimensions to Cable and X-23, who much like Kwannon, are frequently considered versions of someone else. In turning its focus to the outsiders of Krakoa, this series is the perfect book for those looking for a darker and more introspective read with elements of the supernatural and crime for good measure.