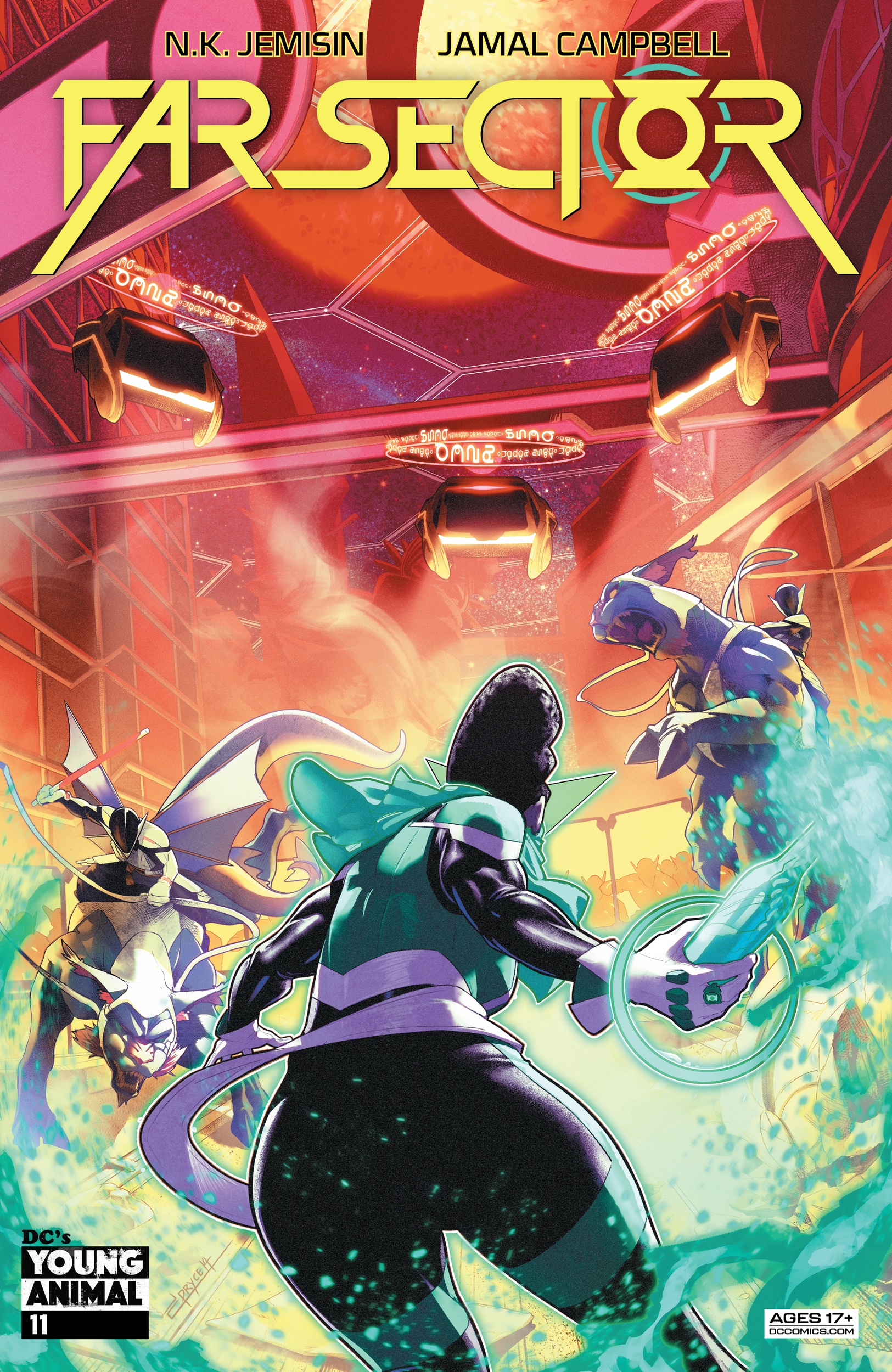 The penultimate issue of Far Sector ramps up the action as Jo Mullein has to quell all of the riots in the city as well as stopping the planet from being destroyed by old enemies of the City Enduring.

Her Lantern ring has also been steadily depleting for basically the entire series, and by the end of this issue it’s sitting at a measly twenty percent.

So yeah, she’s got her hands pretty full.

We get some great action in this issue. Far Sector has moments where it can be pretty dense. That’s not a knock at all. It’s just something that comes with having to set up an entirely new and complex alien race that seems real and tangible. Jemisin really did the damn thing when you really think about it.

But being the penultimate issue where the conflict is finally coming to a climax, some of the more dense aspects of the book have made way for a lot more action.

Jo has a lot on her plate right now, but that doesn’t mean she can’t still throw hands.

And as always, Campbell is showing out on the art. My guy also does the colors on this book and this issue shifted to a lot of red as the primary color. I think it’s a good way to convey the impending doom of the entire series and the people of the City Enduring. Conscious or not, this is a color that will make the audience feel the unease of the situation, especially with how saturated it is on each page.

The last issue of this book that came out was February 2, which was before the big NFT craze. Well, at least before I knew about it. But now that we’re living in a world where every day some big name or company is profiting off the success of digital images and videos, I can’t help but think how brilliantly prophetic N.K. Jemisin was when she made the currency of memes such an integral part of the mystery and conflict of this story.

I guess if you really look at the way things are in the world, this whole NFT thing is a natural progression. But Jemisin was the first person (at least to my knowledge) to put it in a story like this that shows a serious downside to a world that works like that. It’s really interesting.

Far Sector’s penultimate issue brings the action and the conflict as it sets up a finale where Jo Mullein has more ways to fail than she does to succeed.