The Irregulars is a surprisingly refreshing take on the Sherlock Holmes franchise. Where Sherlock gives you realistic explanations for the extraordinary cases he receives, The Irregulars tells you straight up…naw it’s all magic.

The casting gives us a mixing pot of representation that warms your heart and the adventures excite your mind – giving the Blerd in you a sense of accomplishment in the world. But with all television shows, there’s some things that make you go hhhmmm. This doesn’t mean I’m throwing this version of Sherlock out with the opium den, but there’s just some Black Nerd Problems that deserve to be addressed.

Look out there be major spoilers ahead!

First, it is a well written show. A Netflix original series from the U.K. due to the British origins of the Sherlock Holmes character. The twist is, we are not following Sherlock, but a chosen family of kids surviving together on the streets of London. They all met at what they call the “Work house.” Because I am not British I looked this up. A workhouse was a place for impoverished people to stay, find work and support themselves despite their “affliction” of being poor…it sounds like a house for punishing people for being poor.

This theme continues throughout the show with characters being told to watch how they speak to their “betters.” Meaning you can’t talk to rich people like that street rat! I appreciated this element because it gave the main character Bea the chance to verbally slaughter anyone that told her to mind her place. It’s important to mention all kinds of people felt this way, affluent Black Mayors and their bodyguards included. In episode 2, The Ghosts of 221B the Mayor’s bodyguard has a moment with one of the main characters Billy. He treats him like a vagabond, some criminal street kid. It was like a small needle to the heart that you appreciated because well… diversity, I guess. But back to our chosen family.

The Game is Afoot

The casting is done well. We get a Black John Watson played by Royce Pierreson (Istredd, The Witcher) who turns out to be hopelessly in love with Sherlock, causing him to do terrible deeds. Chinese born actress from Ireland Thaddea Graham plays our main character Bea. We quickly learn that Bea is our – well…queen B. She is the caretaker and protector of the group. She watches over her half-sister Jessie played by Darci Shaw (young Judy, Judy), sir zone of house friend in love with Bea but doesn’t make the BF cut, Billy played by Jojo Macari (Kyle, Sex Education). Leo played by newcomer Harrison Osterfield, the rich boy burdened by the pressures of royalty (cough Harry cough) who gets the girl and Spike played by McKell David.

Sigh – Spike, that is exactly who he is the whole show… “and Spike.” He is the smooth talker, problem solving, witty manipulator. I mean manipulator in the nicest sense – he can influence anyone to do what he needs and tell him what he wants to know. He does all of this for the love of their family and their survival. Yet – we know nothing about this man. As the only Black person of the group, I yearned to know what his past held, what possible piece to the overall puzzle he represented. We got every inch of back story for Bea and her sister. They were at the crux of Watson’s ill conceived plans, the daughters of Alice and directly connected to Sherlock. Billy goes through a personal awakening realizing he was orphaned not because his father fought bravely in the war and never returned, but because his mother was a sex worker and never knew his father, so gave him up to the work house. The new addition Leopold is frickin’ baby KING LEOPOLD with hemophilia and has to overcome his own demons to live and call them family.

Then Spike – well… Spike gets a cute speech at the jailhouse where he tells Billy he’s the skeleton that holds this whole family together. Ok, where does his family come from? What past life led him to be the skilled man of persuasion that he is? At one point, all of our main characters are affected by a scarecrow level threat bringing their horrific memories to life, keeping them from pursuing the villain. Every character is fighting their own fears and we see it in hallucinations and buried memories, but not Spike. Spike is just quivering in a corner and when asked what he saw, my ears perked up – yes do tell Spike? What childhood trauma haunts you creating a dimension to your character we cannot see on face value? Rather than something deeply rooted in his past, he says he saw our main girl Jessie getting hurt, and he couldn’t bear that thought. *throws arms up in exasperation* – okay season two better be all about Spike, that his past is revealed making him the key to solving the impending doom of London and the world.

This isn’t to say the show is not worth watching, hell Stranger Things suffered from the same issue (ie Lucas.) The Irregulars takes the adventurous mystery of Sherlock Holmes mixes it with the same intrigue of Doctor Who then blends everything with a grounded sense of the supernatural; in effect elevating the Sherlock Holmes brand. The story follows a Doctor Who season five tear in space and time type of plot. The veil between this life and the afterlife is thin, giving those that pray upon Ouija style relics the power to do otherworldly things like valar morghulis into someone else. The power to grow clones out of human teeth or command ravens to do their bidding (that last one is pretty normal actually Ravens are smart ass birds). This is a divergent plotline from the original Sherlock series which – I found exciting. Truth is, you really want the answer to cases in Sherlock stories to be magic because it sounds so fantastical, but Sherlock always seems to find the practical solution. This time, I was happy to learn magic really was the answer.

We also get to see a Sherlock wildly off of his game. In the original stories there is talk of Sherlock’s relationship with opium, but it never inhibited his ability to deduce the truth, in fact it enhanced his extraordinary skills of perception. In this tale, he is beholden to it, and his mind nullified by his traumas, leading him often coming to the wrong conclusions. Watching Sherlock be humbled was the best part, it left room for the next generation to take over.

Watch The Irregulars on Netflix, and let us know what you think at our social media link below. 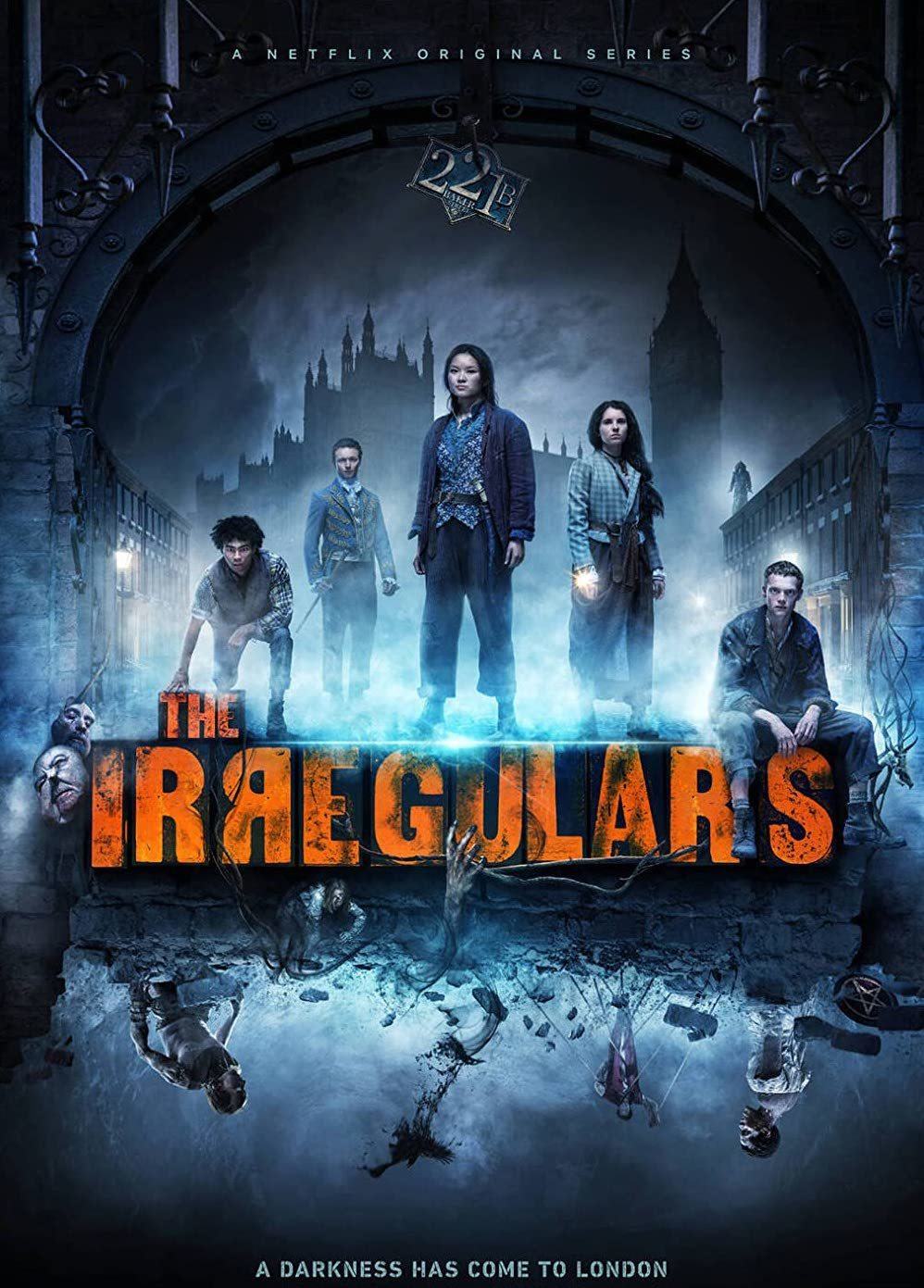