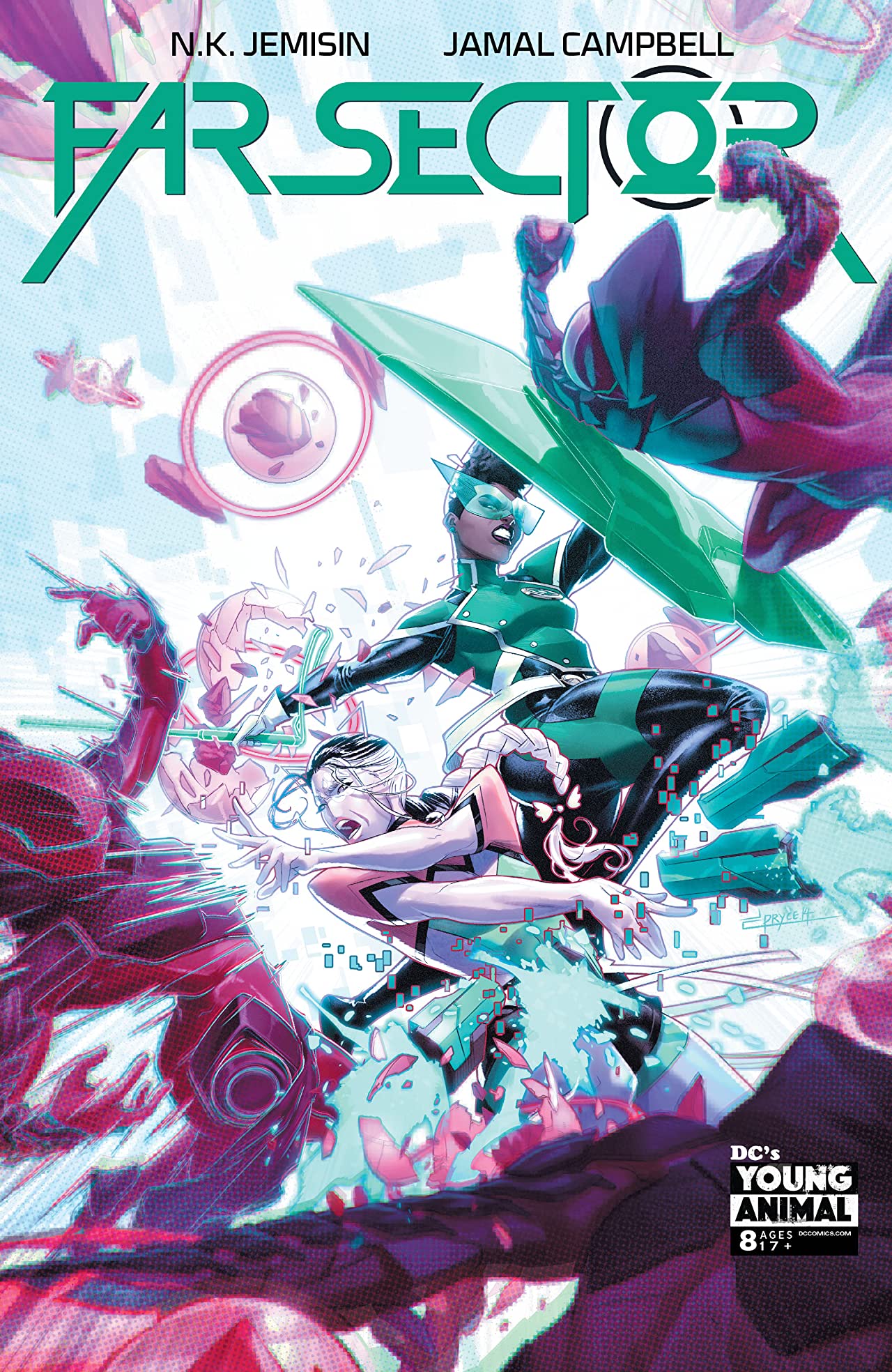 Far Sector is made for the socially conscious nerd-folk like myself and many of our readers.

Penned by the notable writer N.K. Jemisin and drawn by the talented Jamal Campbell, Far Sector is full of references to a lot of the public discourse happening every day scattered through a story in one of the most notable comic book franchises in the world.

When we last checked in with this story, Jo was living out every cyberpunk fantasy as she dove into a digital world to track down murderers of physical people on an alien planed for a case she was assigned. In this issue, she’s able to apprehend them—by bribing them with currency in the form of cat memes?—and get a look into the backwards system of the world she’s in.

I’m always a fan of when a comic book takes the time to catch you up. As Stan Lee’s long been credited as saying, “Every comic book is someone’s first comic book.”

While the fight scenes in the digital world are amazing to look at, taking Jo back to the physical world where she has to deal with people is the right choice, especially given how that seems to be an area she struggles in.

Using this series to hold different forms of government up to the light is a no-brainer given Jemisin’s past works, but hopefully this series can be a jumping off point for readers to explore more.

In a just world, Jo will become a fan favorite down the line and make an appearance in more properties. For now, we’ll enjoy her being a somewhat-rogue Lantern that fights for those who can’t fight for themselves.