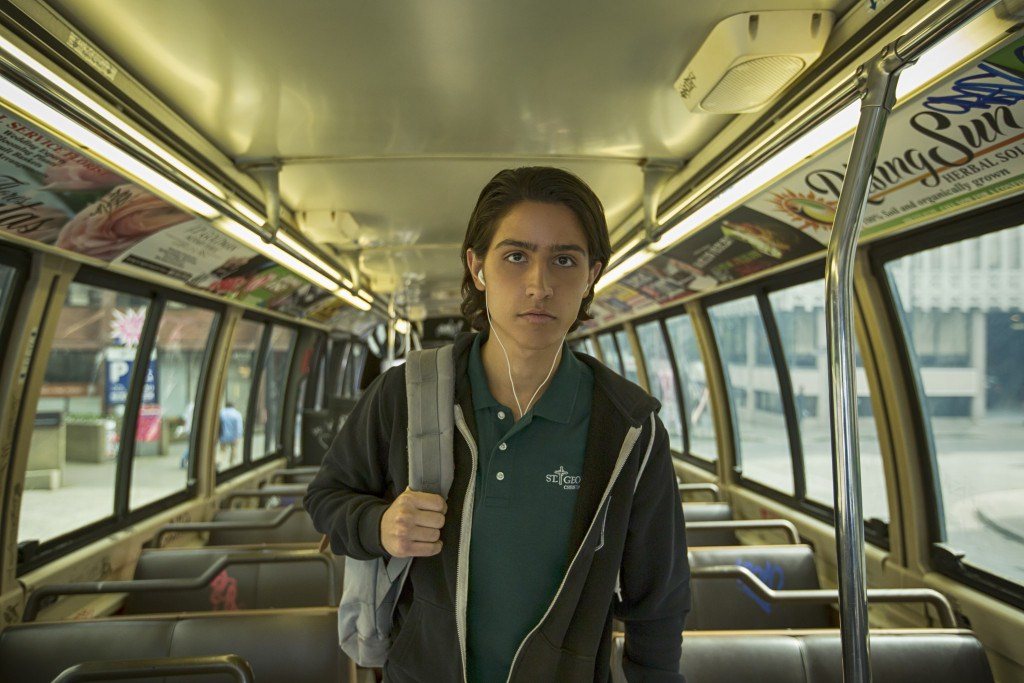 The episode starts with us watching Arty, the high school principal, walking through the now evacuated building and Alicia going to visit Matt. She walks in to see signs of a struggle and a sick Matt.

Back at the Los Angeles River, Maddie, Travis and Nick speed off from where they saw Calvin’s zombified body. They call family members to make sure everyone is okay and talk about abandoning the city to escape to the desert.

The family comes to Matt’s home to convince Alicia to get away from him now that he’s showing illness. After further inspection, Travis finds a bite on Matt’s chest. After some convincing, Alicia finally leaves Matt’s bedside after telling him she loves him.

When they get back to the home, Nick asks Maddie if they’re going to ask Calvin’s mother about what happened to him. Nick goes on to comment on how everyone seems to be oblivious as to what’s going on around them. Maddie then lets him know that he did what he had to do by running over Calvin. He warns her that they’re about to “step into a world of shit.” 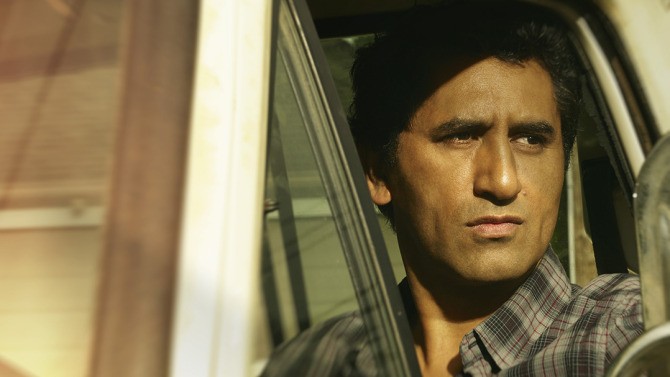 Travis decides to go and look for his son and ex-wife because they haven’t been answering his calls and tells Maddie to go on without him if he takes too long. On the way, he calls Liza to warn her that something’s going on and to have Chris hurry home. She doesn’t take it seriously and tells him they’ll talk next week and to stop changing the terms of their shared custody agreement.

While trying to avoid traffic, he pulls into a gas station and sees a police officer stocking up on water, presumably to go on the run.

Because Nick’s going through dangerous withdrawals, Maddie goes back to the high school to get something to help take the edge off until he can get clean. She’s startled by Tobias who asks her if he can get back the knife she confiscated earlier. Maddie walks around the school with Tobias, who explains to her how looters work and why it’s smart to raid a school for supplies.

Chris, Travis’ son, is on a public bus and sees an ambulance speed by before someone says that police have shot a homeless man about 20 times. On the way to the scene, he sees a police officer being treated for what appears to be a bite wound. When he gets to the scene, he takes out a camera and records the frustrated citizens asking police officers why they shot an unarmed man. Using Liza’s phone, Travis calls Chris who’s now part of a protest and doesn’t want to leave.

Back at the house, Alicia helps take care of Nick but attempts to leave the go back to visit Matt. Nick tries to convince her not to go, but only stops her when he starts to have a seizure. When he wakes up, Nick thanks Alicia and she responds by telling him she hates him, which is no surprise for him.

Maddie and Tobias go to the principal’s office and hear a walker groaning through the intercom system. They hear the sound of the metal detector at the front door go off and see the principal, who’s now a zombie. Tobias intervenes but isn’t able to stop Arty with his knife and Maddie uses a fire extinguisher to kill him.

Travis and Liza go to the protest to find Chris and force him to come with them. But then police come with riot gear on and a police officer kills another walker, sending things into chaos and sparking a true riot.

They stop a barbershop owner named —– who’s preparing to close his shop and beg him to let them in for safety, only after his wife says that it’s alright. They also meet his daughter, Ophelia, who has a bedroom in the back.

Maddie drops Tobias off at his house after inviting him to stay with them during whatever’s coming. He assures her he’ll be okay and says goodbye. She goes back home to give Nick some oxycodone to last him until they leave for the desert. She then goes to the bathroom to wash the blood off of her coat from when she killed Arty and begins to cry.

Travis calls Maddie from the barbershop and tells her to go to the desert and not to wait for him before the call gets dropped. Meanwhile, the city goes into crisis mode with fires and riots breaking out everywhere. She and Alicia look out of the window and see their neighbor, now turned, attacking people across the street. Alicia tries to run out and help and Maddie blocks the door.