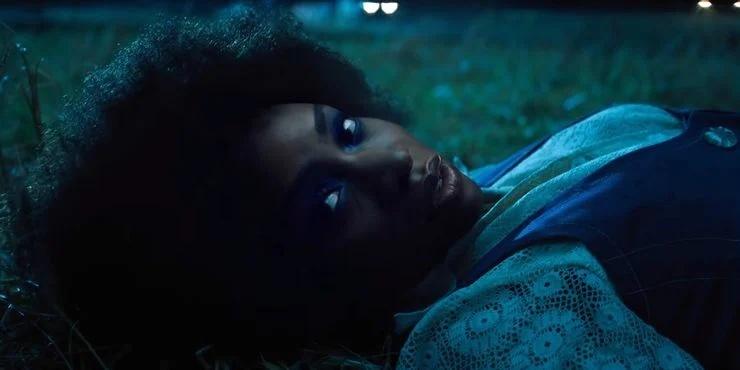 There’s something to be said about a television show using long form story telling to slowly doll out a mystery, allowing the audience to really think on it and follow the clues. This ain’t it. With only 9 episodes this season, possibly this series depending on what plans Marvel actually has, the mystery behind what is actually happening to Wanda and Vision has been revealed, or so it seems. It feels that there is a deeper level to what, and who, is behind everything. Pull out your magnifying glass as we review WandaVision, episodes 3 and 4.

Warning! There will be spoilers for these episodes.

When we last left our couple, a mysterious bee keeper man couldn’t spoil the joy of an immaculate pregnancy and technicolor. The sitcom style has moved into the 70s age a la The Brady Bunch and Wanda is not only pregnant but already months along in the span of a night. Vision is noticeably concerned, but Wanda just seems happy and aloof. More sitcom high jinx ensues such as trying to (poorly) hide the pregnancy, and Vision freaking out over the baby. The sitcom aspect is still quite charming and because they switch eras each episode it doesn’t get stale. The interesting part of episode 3 though is the mystery taking a bit more of a creepy form. More hints are being dropped but it’s super eerie watching Herb (David Payton) timing his hedges on second only to start blankly staring off and cut into the wall.

The crux of the episode is when Geraldine (Teyonah Parris) helps Wanda give birth to twins and absentmindedly mention Ultron. Geraldine was one of Wanda’s closest friends and to see how quickly Wanda dropped her fun-loving persona was unnerving. At the same time, Herb and Hagnes (Kathryn Hahn) try to warn Vision about Geraldine…and about something else it seemed. It seems that Vision is picking up that something is wrong, but it is possibly also being blocked somehow. We’ve seen hints of an outside world in the first two episodes and as Wanda ejects Geraldine from her home and town, we get our first real look at it when she ends up in a field surrounded but military agents. We don’t have to wait long to find out what’s happening here.

I was not expecting episode 4 to happen this early in the season but here we are. Not only does this episode truly connect it to the rest of the MCU, but they also bring in a couple familiar faces. We start out with Geraldine blipping back into existence in the real world from the events of Endgame. We soon find out that Geraldine is in fact Monica Rambeau, who we met as a young girl in Captain Marvel. She is a member of S.W.O.R.D. (Sentient Weapon Observation and Response Division) and her mother, Maria Rambeau who we also saw in Captain Marvel, was the founder. She is sent to Westview to investigate a missing persons case and comes into contact with Jimmy Woo (Randall Park) from Ant-Man and the Wasp. There they discover that not only is everyone in town missing, but also erased from peoples’ memories.

From here, we basically get an explanation for everything that happens since episode 1. We see Rambeau send in a small helicopter drone that we saw as the colored toy helicopter in episode 1, we see how Rambeau got trapped in the sitcom, who the bee keeper man was, who was watching the show from the outside (Darcy Lewis (Kat Dennings) from the Thor movies), and more. We also see that whenever Wanda changed something within the sitcom that it was “censored” for those watching it with a quick cut. It makes it feel that there may be more than one person at play here, but Wanda is definitely keeping the town trapped.

We get an extended scene of Wanda ejecting Rambeau from the town, and it’s a lot more intense than initially shown as she throws Rambeau through multiple walls on her way out before repairing the damage to hide it from Vision. And now the question is, is that even Vision? The show makes a point to call out that Vision was not blipped, he died. “Like, dead dead.” And after Wanda loses her cool she sees vision as the dead infinity stone ripped out of his head version for a moment. Creepy

In these two episodes, the mystery deepened before a huge info dump. It doesn’t feel like a red herring or misdirect, but it also feels like Marvel has a lot more up their sleeves. Episode 4 felt like a more traditional Marvel property compared to the first 3, and while I liked getting more information, I hope they aren’t dropping the mystery angle. It was really working, and I want Marvel to keep experimenting. With 5 more episodes, I really have no idea where the show will go, but I can’t wait to find out.