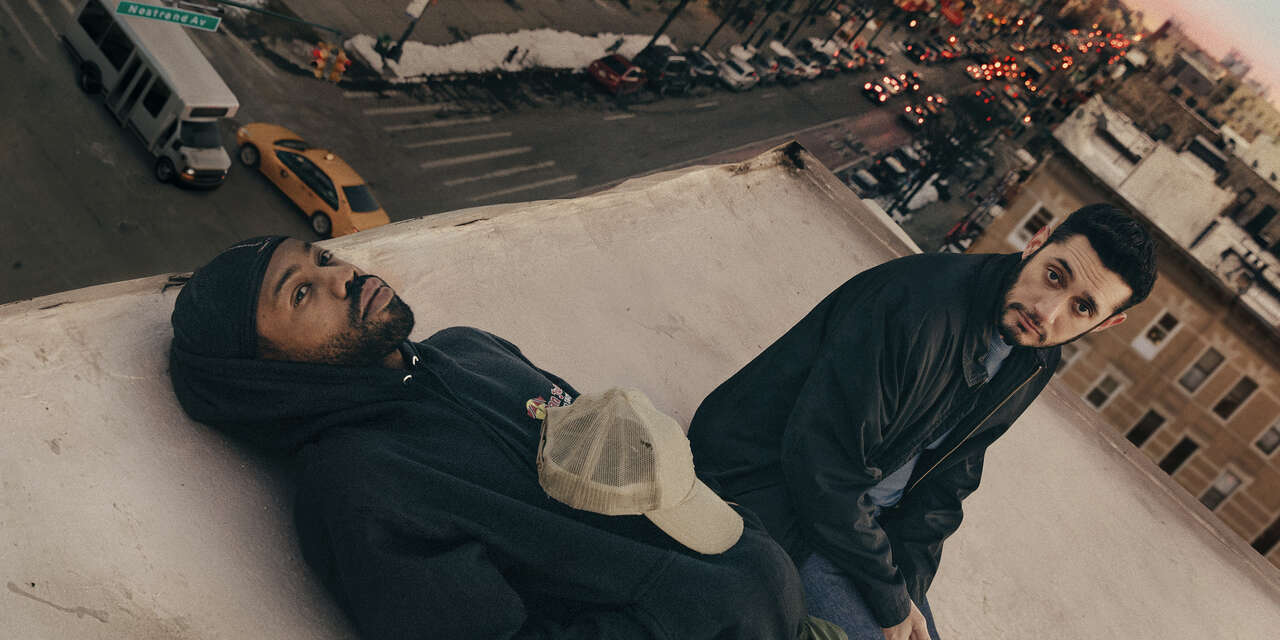 *Ric Flair voice* I’m having a hard time sitting here trying not to be biased talking about Flatbush Misdemeanors when I saw and reviewed the greatness of it back when it was a web series in 2018. Fast forward to 2021, the creators, Kevin Iso and Dan Perlman, got their Flatbush Misdemeanors on Showtime, and there’s no way for me to not be hype about it. I got to check out a screener for the first episode and fell in love with the series all over again. Not only did they keep the same energy from the web-series, we see a lot of the cast from the web series with more extended roles. I’m really happy the creators got to keep the heart of what made this show so great to their tv show. You don’t get chemistry like this with just any set of cast, and it shows.

Flatbush Misdemeanor opens up right in the heart of Flatbush, Brooklyn. In the opener, I saw the street I live on and the very first scene of the show takes place at the school I walk past to get groceries. This. Is. Brooklyn. We see Dan Joseph (Dan Pearlman), a middle school teacher outside talking to the school security guard who is giving his friend Kevin (Kevin Iso) a hard time. Kevin/Kev is a painter working as a food delivery person dropping off Dan’s food, but the security guard is doing all of the most. Dan says that Kevin isn’t a threat, “He’s a struggling artist.” Kevin looks over at Dan and says, “Why are you saying struggling artist? You can just say artist.” Which leads to them going back and forth over wording and semantics. That little interaction was more than enough to tell me that this was the type of humor and friendship that would have me engaged in the series. However, when Zayna (Kristin Dodson), Dan’s student stuck her head out the window and shouted, “Mr. Joseph sucks DICK…” I. Fucking. Lost it. That right there is comedic authenticity down to the fucking T.

We then see Dan’s classroom, how he is as a teacher as well as his relationships with the students. We see that although Zayna comes across as a teen that doesn’t seen to care, Dan points out that he knows she’s faking not being as smart as she really is due to her test scores. Dan Perlman is really good at having his character come off as that quirky polite person that’s trying their best to be a help. We see this when a fight breaks up outside the classroom and his co-worker is in the thick of it and he’s just trying to support the best he can. When we cut to Kevin’s work life, we see that on a delivery, he accidentally knocks over some codeine at a dealer’s place as he is delivering food. This sets off the events of this episode as Kev now has to get money to pay them back for the accident.

The dealers kept his ID so they know where he lives and even his cell phone information. Kev stops by his girlfriend Jasmine’s (Kerry Coddett) place and retells the story of what happened as if it was an action story with him swinging on mad people, guns coming out, him dodging bullets. Kevin Iso’s mannerisms for his character tell us everything we need to know about how Kev tries to retell events. Kerry Coddett does a beautiful job no-selling Kev’s version of events through her body language and facial expression. This is our first glimpse into Kev and Jasmine’s relationship. We see that Jasmine is very blunt, able to pick up on bullshit, but not hesitant to help out when seeing that Kev is in actual trouble.

Lemme switch gears here to talk about the dramatic portion of Flatbush Misdemeanors. Seeing is most def believing with this show. We get a really introspective look at Kev and Dan as individuals as well as friends. Kev sees himself as being new to Brooklyn and alone. Things are great for ya boy. As far as family, he’s got a sister that’s not calling him back, and he’s living in Dan’s living room. Dan phrases situations in a more positive light for Kev. They have two different ideologies for the way things are versus how they seem. We see this come to a head as time is running out for Kev which leads to him getting frustrated with Dan’s forced optimism. It’s a good look at how stress can lead to friends reading one another for filth. The way Dan reacts to that message isn’t in anger but saying, acceptance and still trying to tell Kev that though things are shit at the moment, he still possesses the talent as a painter to be a success.

Getting back to the comedy of the show, there aren’t any moments that feel exaggerated or stereotypical. Flatbush Misdemeanors does a great job of letting the randomness that Brooklyn’s environment offers be a present character throughout the show. Every so often we get a weird background character that doesn’t feel out of place but really a part of the entity that is Brooklyn, not only as a character but as a community and space. We get jokes about people’s horoscopes, seeing family dynamics, as well as race. The writing and dialogue tackle so many topics of Brooklyn interchangeably through humor and seriousness. What makes this show is how relatable it can be either via struggle or finding yourself in these random predicaments out of left-field. I’ll say it again, Brooklyn is a whole ass entity. Flatbush Misdemeanors pays homage to that and gives Flatbush Ave. the proper respect it deserves in this portrayal.

Listen, if you fuck with quirky characters just trying to get by, seeing dark-skinned actors and actresses getting to portray a wide scope of characters that feel authentic as fuck and with agency, plus, well-timed jabs and haymakers of humorous moments, then Flatbush Misdemeanors is what you need to add to your watch list. The show airs on Sundays at 10:30 pm (est) on Showtime. Fuck with it. You will not be disappointed at all. 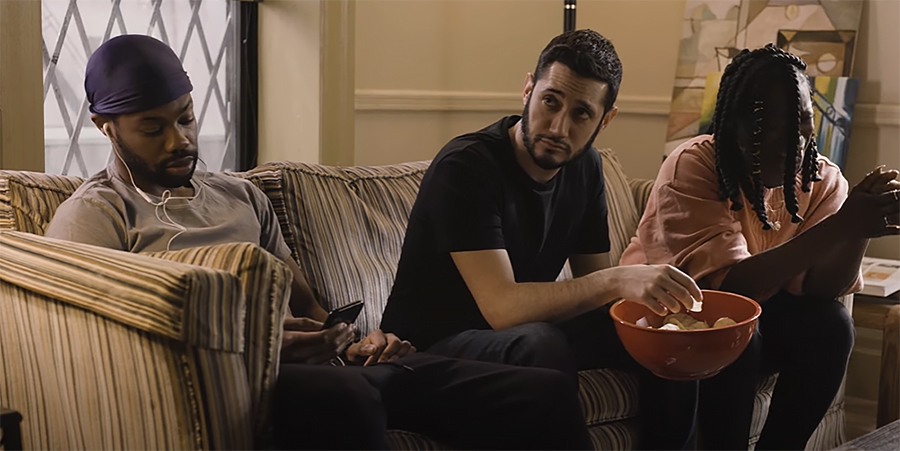