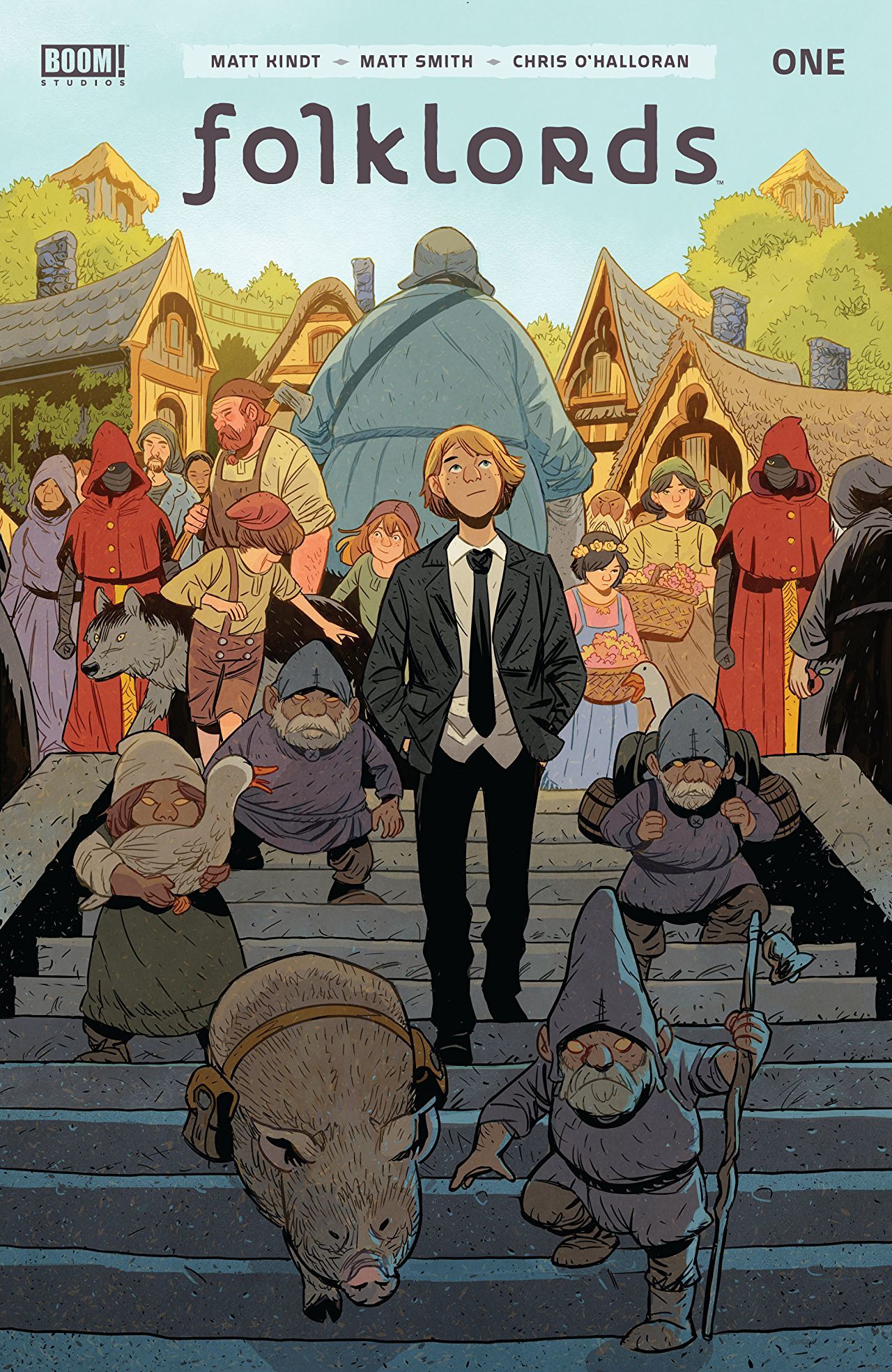 From the very instant you pick up Folklords #1, there is a stark contrast of a well-dressed teenager in a black suit and tie, juxtaposed in an idyllic fantasy town. His gaze is directed upward, and there is both a sense of familiarity and displacement. In other words, the hook is immediate, apparent, and oh so very tantalizing for anyone who loves riffs on the beloved fantasy genre. 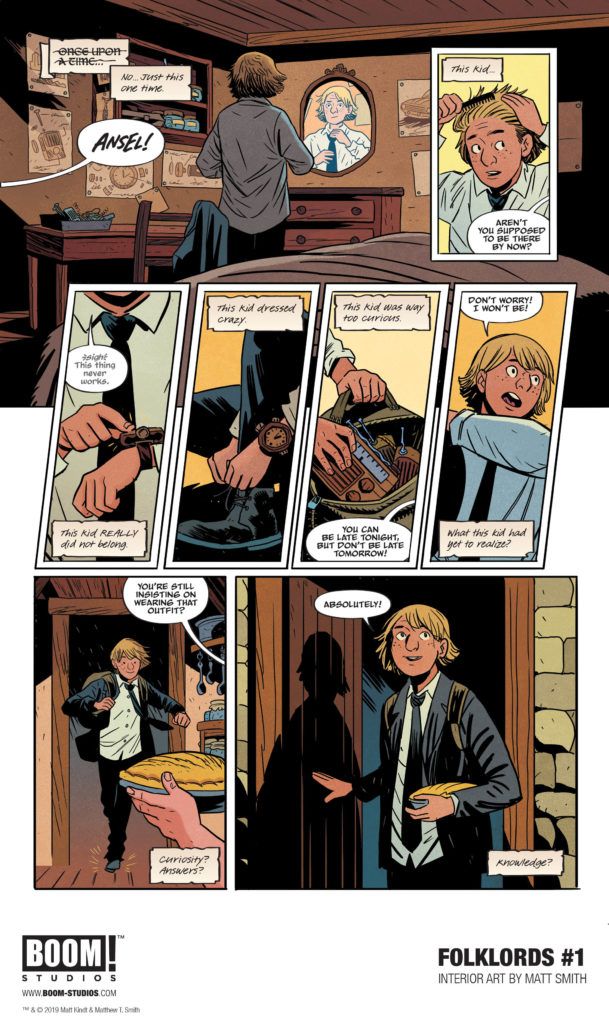 Folklords opens up by crossing out the tried and true introduction of “Once Upon a Time…” in an ornate font and offers a hand written “No… Just this one time.” It’s this type of playfulness of genre conventions and tropes that defines the work that Kindt is attempting to accomplish. The main character Ansel has a Blues Brother, noir-esque feel to his character with his wristwatch and radio parts. Smith quickly captures the essence of the character and his undying optimism and commitment to be his true self, even if his true self is at odds with the rest of the world.

The basic premise of the narrative is that Ansel has visions of a world that looks much like our own and is determined to get there by finding the, Folklords, a mysterious cabal that even the local cabal of librarians are adamant that no one seeks, but Ansel is determined to uncover the truth of the titular characters. Kindt and Smith work brilliantly together in selling the magical nature of the world and a society of adventurers that inhabit it, while also showing why Ansel is allured to the promises of a different reality than the one that he knows. It’s full of heart and spirit and has a distinct sense of intrigue and mystery behind uncovering the truth of the Folklords.

Ansel feels different than the typical chosen one because of his directness and agency in kickstarting his own adventure. Ansel’s not spurred on by some external against his will. He simply had an idea, and against all dissenting voices, pursues it because he knows in his heart that’s what he needs to do. Kindt’s writing and Smith’s art sell Ansel’s character pitch perfectly and help endear him to the reader with his bravado and determination. 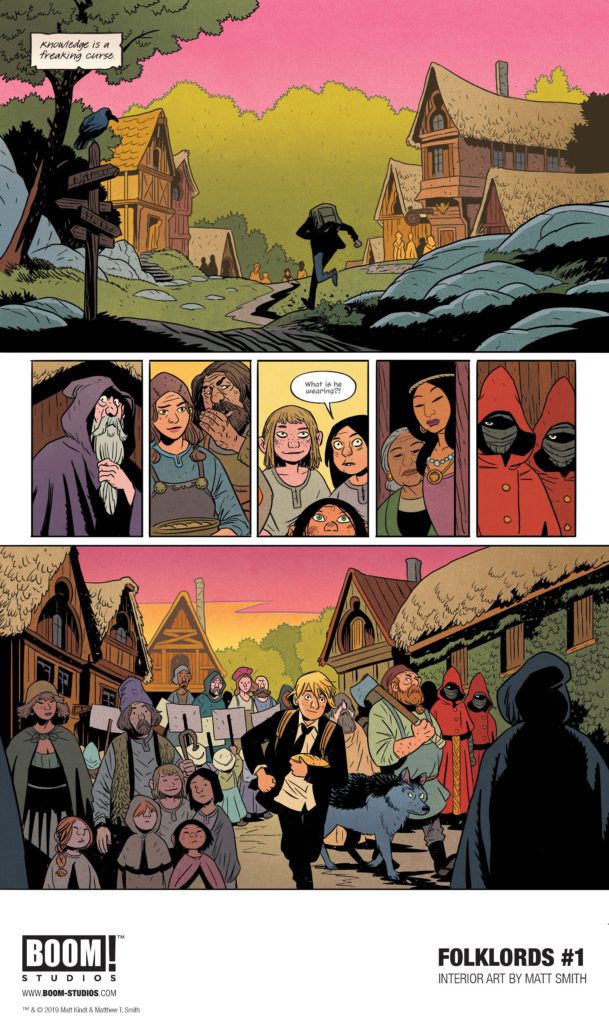 Folklords is both an homage and a reconstruction of the fantasy genre. It will feel familiar at moments before it distinguishes itself from its roots and inspiration. The writing is poignant, the art is enchanting, and I’m really excited to see where the future chapters will take us.

Check out our interview with the series writer, Matt Kindt.