type in your search and press enter
19 Shares

Okay! Hold up, take it back now y’all, throw down the reverse card, flag on the play! We need to take a second here. Bruh. I feel like I just watched someone’s weird Metal Gear fan fiction, and that’s saying a lot. The Metal Gear franchise has always been the weird brainchild of Hideo Kojima’s madness but there was a method to it. There was always the feeling that every cryptic, LSD-laced trailer would lead to something mind-blowing. Metal Gear Survive’s latest trailer is just … What?

Let’s get the elephant out of the room first. By now, we all know that this is Konami’s first attempt to move the series on without its infamous creator. The GOAT has left the building and now we are forced to live in a post-Kojima Metal Gear world. From what I can tell Konami is throwing in everything they can think of, including their mama and the kitchen sink. 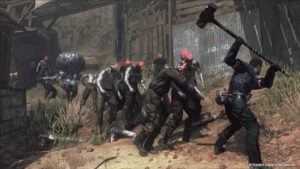 There is a lot to digest in this 5-minute trailer, and it’s a little hard to tell what type of game it wants to be. Is this a zombie survival game? A stealth game? Wait, are we building fortresses in another dimension now? Why do those zombies have crystals on their heads? How does this fit into the sci-fi espionage thriller that Kojima built? I DON’T KNOW!

For a single player trailer, there’s not a lot of plot details, which is sacrilege for a Metal Gear game. It’s pretty barebones. I mean we’re talking about the series that once had a 30-minute cutscene. Cutscenes you got to grab a bag of popcorn to get through. Cutscenes that you got to take a break from. Guinness World Record-breaking cutscenes. 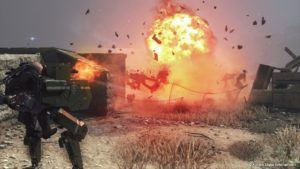 My biggest problem with this trailer is that it bears little resemblance to the series except for a few recognizable elements and the name. There is little of the depth, intrigue, and complexity that made these games great. Look at Death Stranding, Kojima’s latest game that makes us scream “What is this?!” with excitement and joy. Instead, we are screaming the same question with confusion.

It’s hard not to see this as Konami trying to make a quick buck by milking the franchise for all its got. Now, this is not to say that the game won’t be any good. There could be something there but the trailer literally jumps from the player mowing down a group of zombies to avoiding them to arming your base. Whatever this is, it’s a far cry from what Metal Gear fans want. 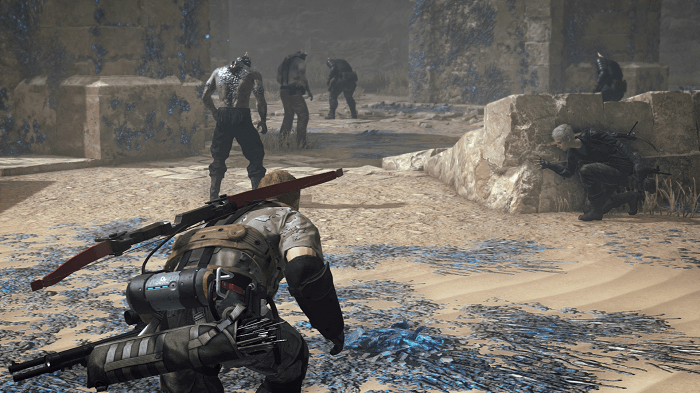