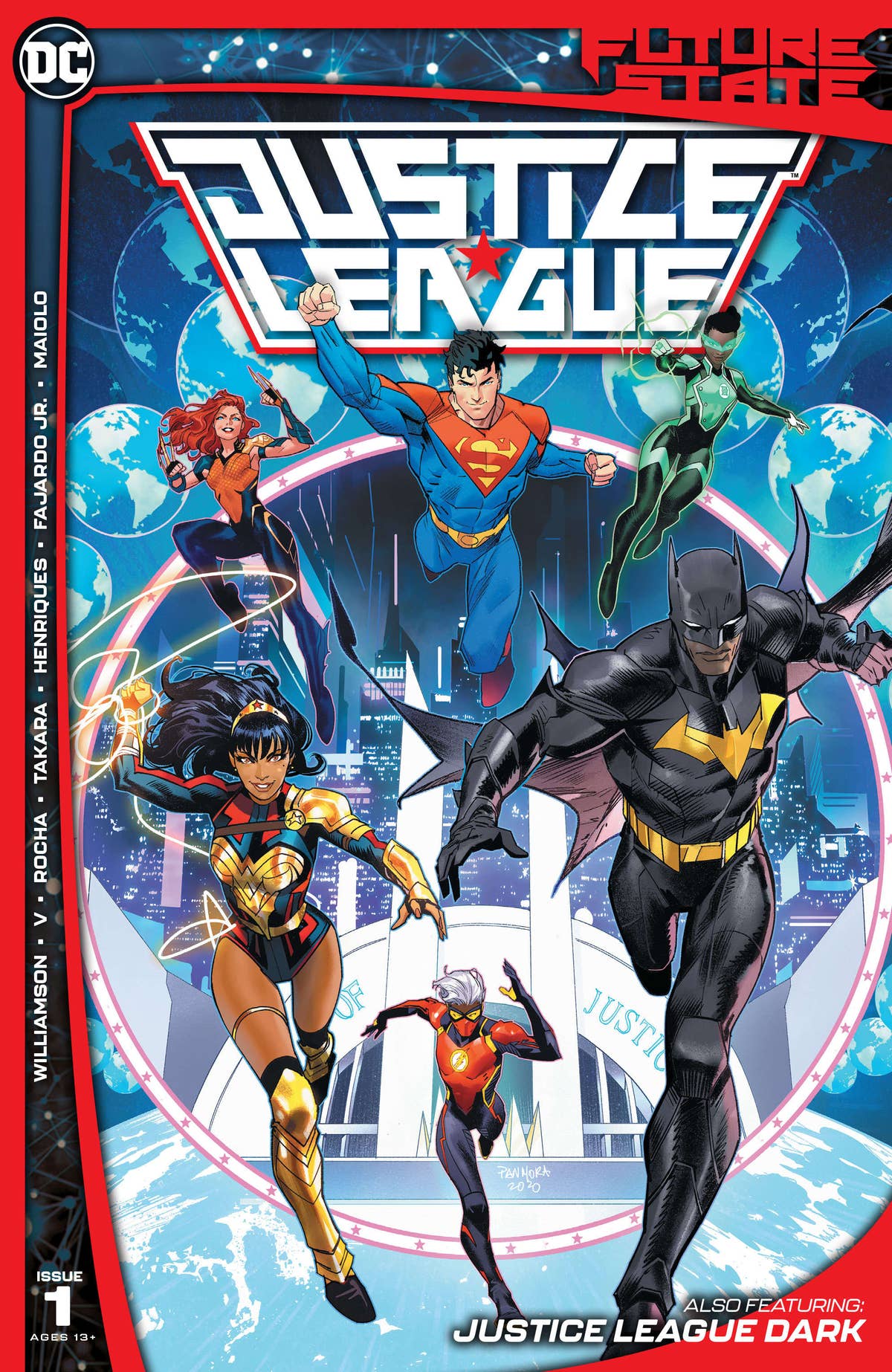 I’ve been known to talk a lot of shit about legacy heroes, but this future Justice League is here to shut me the hell up.

The Justice League is made up of a really diverse cast that already feels fleshed out, even though we’ve only spent about 23 pages with them. Maybe that’s because we’re bringing some knowledge of their characters with us from previous or younger iterations in other books. Either way, it works. More Jo Mullein please.

This first issue follows the Justice League as they investigate the mysterious death of the future version of the Legion of Doom, but it quickly becomes prevalent that the real conflict facing this team is coming from within.

Something happened to the original team that made them change their ways. It’s only alluded to. But something dire tore them apart. So in this new iteration, the rules are a lot stricter. No one is supposed to know anyone’s secret identities. No fraternization. Not even a quick lunch break without masks.

It’s a knee jerk reaction to what happened in the past, but they’ve gone from one extreme to the other, and while the fact that they aren’t even remotely close may make decisions easier in the heat of the battle, the fact that they haven’t been allowed to grow close with one another is going to be a problem as well. I’m really interested to see how this iteration of the League and the characters within find a home in the New DCU. They’ve made a pretty promising debut.

Just like most of the Future State books, they’re doubled stuffed with two stories. And the second story follows the Justice League Dark team.

In their first of two issues, the JLD led by Zatanna and Detective Chimp, are trying to figure out why so many of their magic using contemporaries are coming up dead. The answer? Merlin. My guy is out here murking all the magic rooted heroes, so he can take over all of reality without opposition. So now these two have to put the band back together, so they can take down this fool once and for all. Did I mention that Detective Chimp is now the vessel for Etrigan? I should have mentioned that. Because it’s dope as hell.

Justice League: Future State shows us that a team must come together to be successful. And in an additional story, the Justice League Dark tries to hide out before they’re hunted by Merlin.