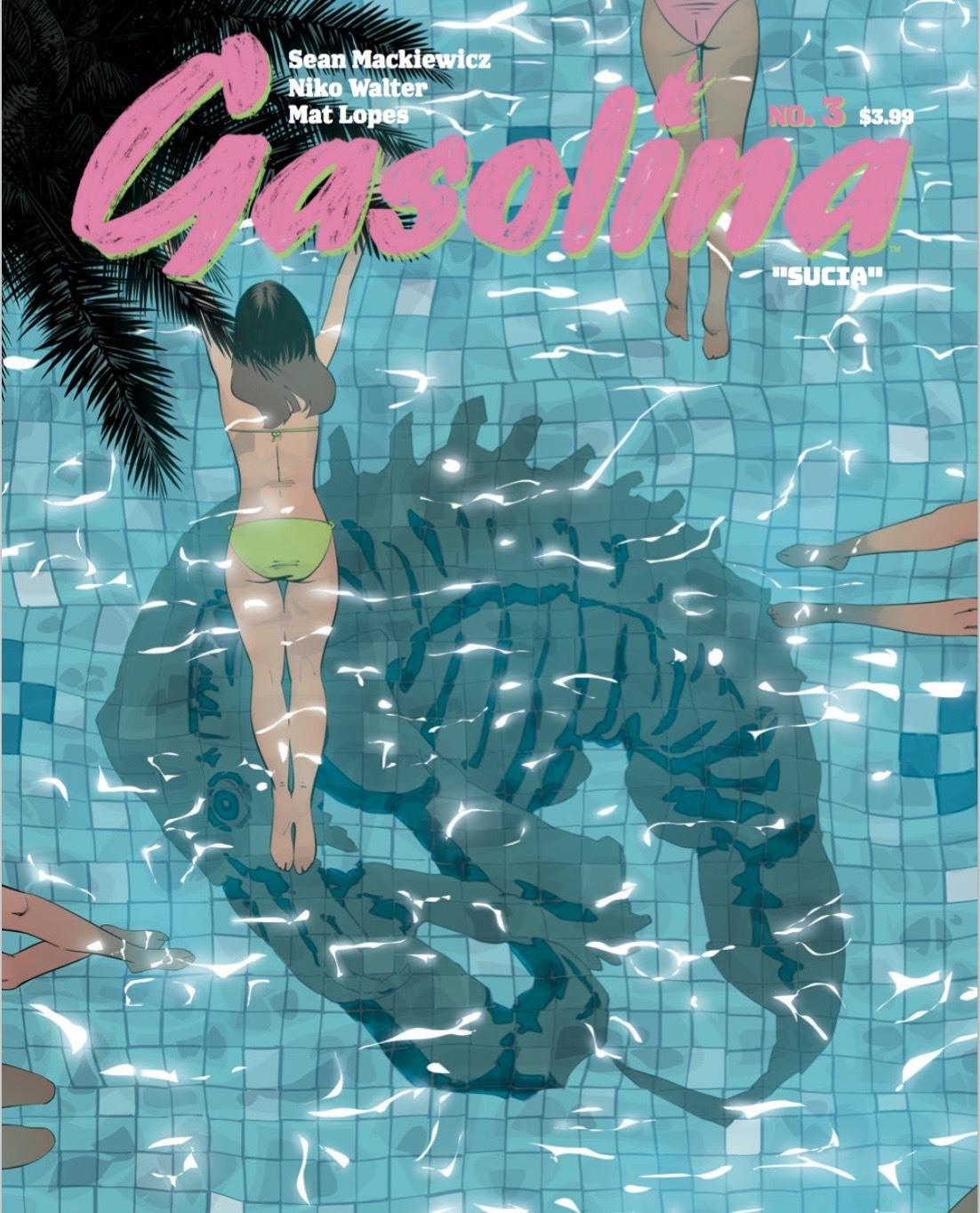 Okay! O-kay! Gasolina #3 came with all the grit this issue! Power couple in hiding, Mal and Randy, take the kid gloves off and start rocking those soft leather driving gloves from here on. In the ‘Heroes journey’, there’s this moment before you get to the big bad called ‘crossing the threshold’. Gasolina #3 is all up in that threshold.

This issue marks that over-used moment in a team-up, where our matrimonial protagonists are split up by circumstance. Prior to that, we are given a great scene where Mal and Randy consider leaving this whole situation behind. The gift here is the natural flow of the conversation, the treat is having the conventional gender roles reversed: Randy as the cooler head and Mal reluctant but ready to catch a few bodies.

The arc plateaus to a slow and steady burn as the crime, horror, and action elements get closer and closer together. There’s a moment of alignment where all three of these elements arrive in succession. Randy is taken by La Querida’s chosen tattooed cholo, while Mal is left to her own devices against his goons *plays “Let The Bodies Hit The Floor” by Drowning Pool*. 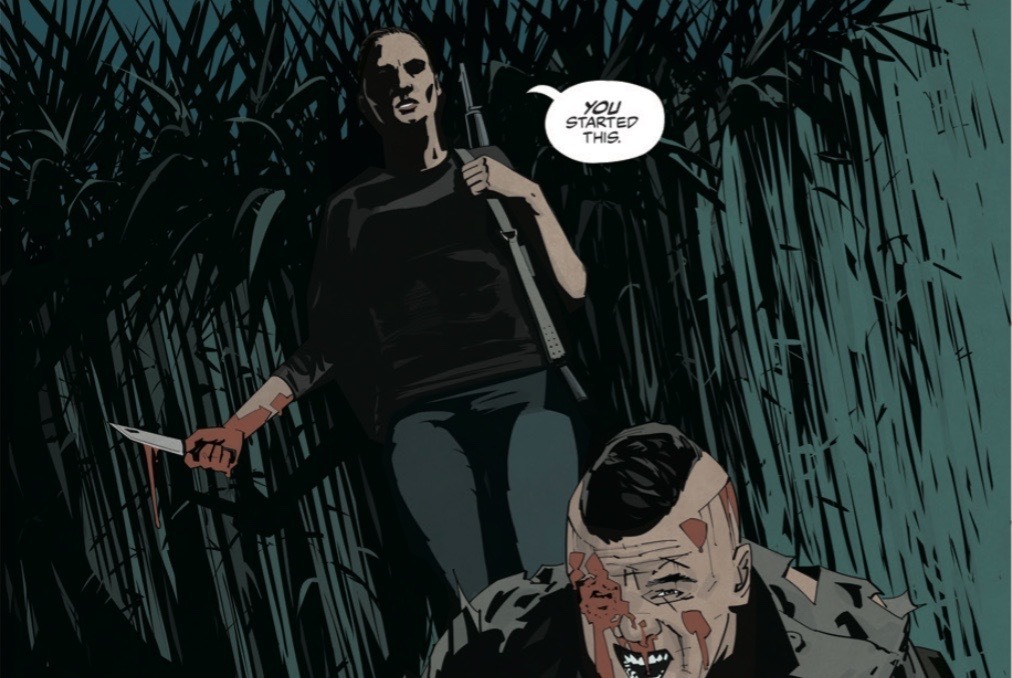 We get a peek into the drug underworld through a rooftop coke party for three. Just in time to catch the ‘monster of the week’ emerge from someone’s mouth and ruin an otherwise good time.

All of the elements of this world are heightened in Issue #3, the pace is quicker than its ever been, the writing sparse, and the atmosphere growing darker still. Gasolina is looking like a Robert Rodriguez film put to panels. This book gives me hope that there is still room for great stories in a culture suffering from overused clichés.

6 strong women protagonists out of 10

Reading Gasolina? Find BNP’s other reviews of the series here.