When the first teaser for the latest installment of the long running franchise, Mobile Suit Gundam, was first shared five months ago, I was hooked immediately.

As the gentle piano medley slowly swelled into a full-blown triumphant theme, we saw the newest face of the franchise standing in front of her Gundam. Yes, in the forty plus years the franchise has been around, this was noted as the first time a woman would be the primary protagonist. But today, we’re not here to discuss the inherent imbalance of representation in traditionally “boy spaces.” We’re here primarily to talk about the fact that we have been blessed such that on August 31st, the “Prologue” episode of the series was made available on YouTube. Somehow, despite already being excited about the series, I am currently fawning over the 24 minutes of gorgeous animation that has been presented to me, and I’m now wishing for the entirety of September to simply vanish so it can be October.

The last mainline Mobile Suit Gundam Series was Iron-Blooded Orphans, which aired way back in 2015 through 2017 (which not so coincidentally also aired alongside a different Mecha anime that dealt with rising tensions between Earth and Mars with Aldnoah.Zero). And as much as the Gundam franchise is remembered for its giant robots fighting other giants, the franchise has always been anchored in deeply political roots, showing large scale conflict over limited resources between various factions with differing interests and how certain individuals get embroiled in the mess. Iron-Blooded Orphans was a brutal 50-episode run that showed the horrors of war and child soldiers doing their best to survive and be there for each other. And I oscillate between an elated ecstatic response and deep emotional distress to the fact that The Witch from Mercury is following suit.

The “PROLOGUE” episode opens with an unnamed woman in the cockpit of a Gundam running what appears to be a series of initialization checks. From the get, the crisp animation with Tron-esque lines and holo-displays as the dialog registers as a deeply orchestrated procedure, a careful technical duet between human and machine. When the start-up fails, the women piloting the Gundam takes off her mask, revealing a face that resembles the one in the poster, but isn’t quite right. And then a small child shows up and you know exactly where this is headed.

The “PROLOGUE” episode is a masterfully efficient episode of storytelling, immediately staging how as humanity endeavored to start starfaring they developed GUND technology as a stopgap measure for prolonged space habitation. Like many technological advancements, the technology was immediately co-opted for military purposes with the Gundam program. However, given that the strain of piloting Gundams was also effectively killing and maiming the pilots, there had been heated debates over the continued development. This tension is further heightened by increasing tensions between Earthens and Spacians.

They could have released the first five minutes of the episode alone and I would have already been sold. The biomechanical imagery they invoke is simply iconic and awe-inspiring, capturing the very spirit and hope of what we love about science fiction: picturing a world where the formerly impossible is now within arms-reach.

And just as quickly, we are reminded that the capitalist framework and the military industrial complex are still alive and well. As much as I adore my giant mechas, the fact remains that there are representations of literal war platforms and like in many mecha-centric series, there is a bodily price that needs to be paid when piloting machines.

Yet even with the context, The Witch from Mercury remains optimistic as young Eri bonds with the Gundam her mother and father have staked their livelihoods on, even going so far as claiming she’s the robot’s big sister. The entire crew of Ochs Earth’s space station outpost are clearly a large familial unit all endeavoring to make space accessible for more people. Which makes the inevitable, proverbial levee breaking all that more tragic when the Spacian government declares that the Gundam program needs to end immediately.

As a taste of what’s to come, the “PROLOGUE” presents a gamut of moral quandaries, ranging from discussions of bioethics, wartime protocols and responsibilities, and the purpose of space. And then it goes a step further by showing the natural consequences of factional struggle, the innocence of children during wartime, and parents making the biggest sacrifice they can in order to provide a glimmer of an opportunity for the aforementioned children. Thematically, the series is already running at full speed. And from an audiovisual experience, this is near transcendental. The animation and sound mixing is incredibly on point, and the expressions of the characters throughout the episode can absolutely gut you.

And in the midst of this grand interstellar conflict brewing, there’s so many smaller, quieter moments that hit home. Elnora’s prosthetic arm failing just as she’s about to the place the candle on Eri’s birthday cake.

The lead scientist explaining the importance of the latest Gundam model to her (in essence) granddaughter.

Eri putting aside her jealousy of the machine that takes her parents away from her for large swatches at time and asking if it likes cake.

This is truly Gundam at its finest. The deep dives into what necessitates technological innovation. The scathing critique on using force to impose a specific will. The lines that are crossed in pursuit of an ideal. The crisp, clean animation and fight scenes that make you clench your fists for a wide variety of reasons.

As a long-term fan of the genre, I was already excited, but this prologue has me unreasonably excited for the proper release. We have been given a glimpse into the origin story of Eri, and given the pedigree of the series, we are in for a modern odyssey.

And the best part is, if you don’t trust me, you can make your own evaluation as the prologue is readily on YouTube right now. I’ve somehow already managed to watch it twice, and I just want more. 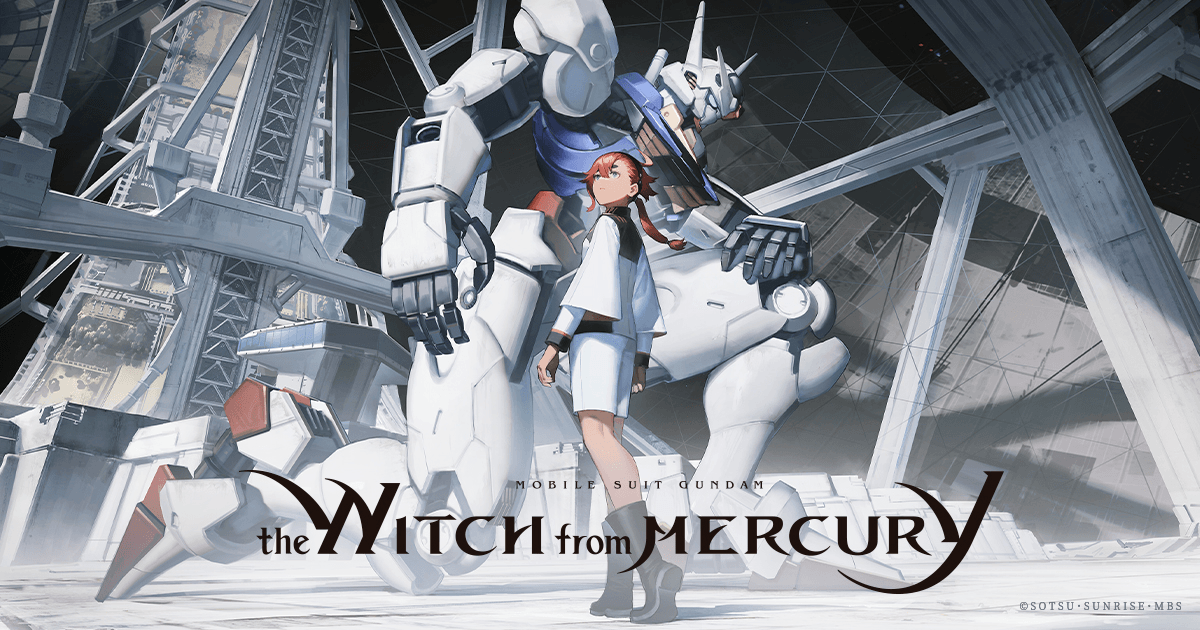