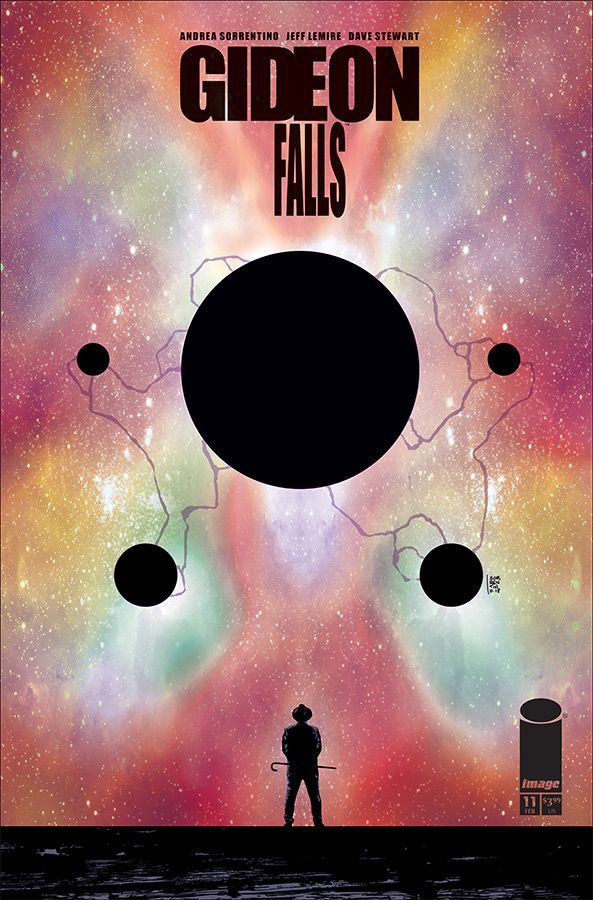 Did I Find You Or Did You Find Me?

Gideon Falls #11 is the promised collision of the two principle protagonists. The issue where Father Fred and Norton Sinclair meet. Yet, it’s so much more than that. In addition to being a critical plot point, it is one of the most surrealistic, horrific issues of the series to date, and the aesthetic that Sorrentino’s artwork alongside with Stewart’s colors create one of the most visually enticing experiences of 2019.

In short: things get really weird really quick and it’s really fascinating to watch it play out as well as exceedingly distressing. If you remember back to the finale of the first arc, the delve into the Black Barn was characterized by distressing stimuli. All of that is taken up to 11 in this issue. 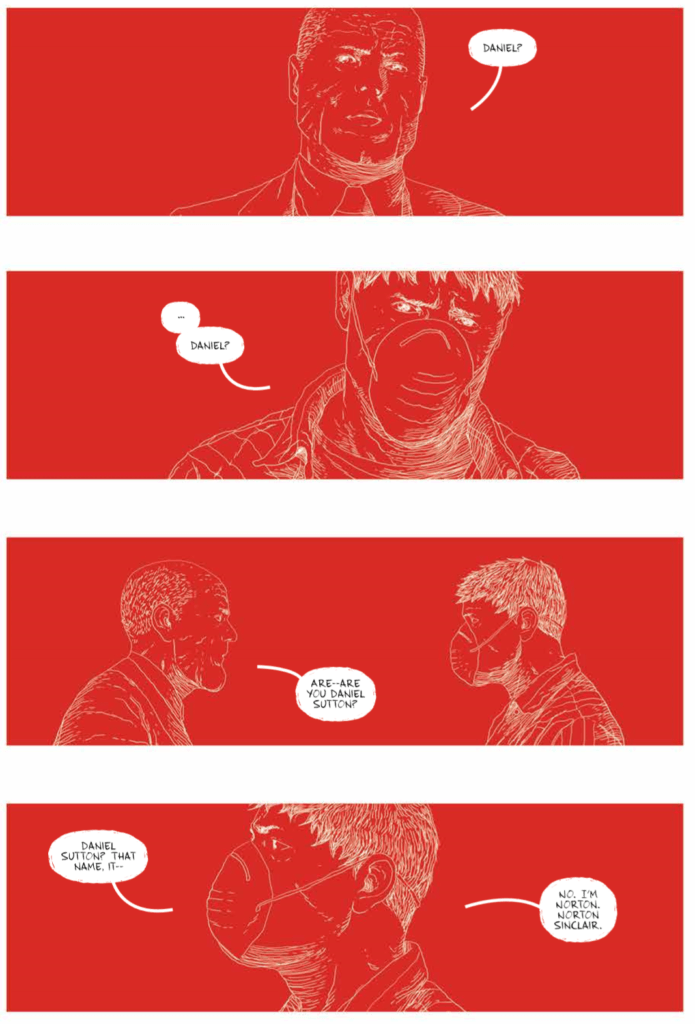 The two-page spreads are utterly captivating. Sorrentino outdid themselves this time around as this particular venture to the Black Barn is somehow even trippier than it was the first time around. This is the type of work that you get when you have long-term collaborators build off of each other, a quality that only veteran creatives can ensure. Sorrentino’s pages mess with panel structure and convention enabled by the Lemire’s ambitious narrative. The story of Gideon Falls’ past has appropriately been told in fragments, and Gideon Falls #11 is no exception. The new details are given with little context which only makes things that much more unnerving as it becomes increasing clear that the malevolent force exists on such a grand scale it’s almost impossible to comprehend. Its ability far extends what its foreshadowing has led the reader to believe. It’s an engaging story that could only exist in comic form.

The finale to the second major arc of Gideon Falls continues to cement the series as one of the best ongoing on the market. Horror fans, and comic fans in general, owe it to themselves to start reading it immediately. The stakes keep rising, and the talent has so much they want to show off.