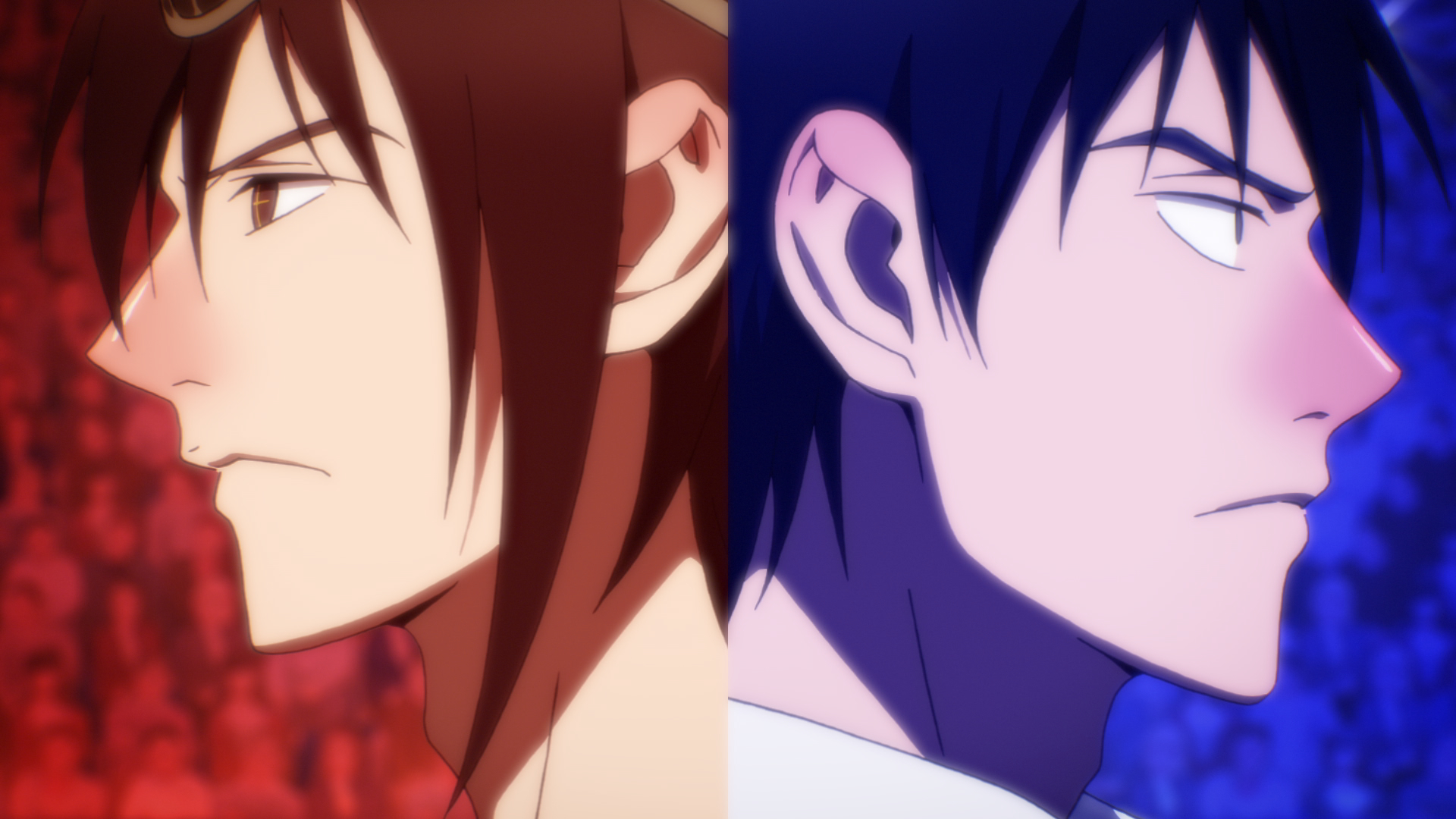 The 5th episode of God of High School was a frustrating one. On one hand, we were blessed with some dope martial arts action, but at the same time we had to watch our beloved trio jump through hoops to realize the definition of friendship. In the end, I enjoyed it but had to push through the first half to get to the redemption we all covet so mightily.

When the jiu-jitsu specialist Byeon Jaehee was hyped as the only non-main character to make it to the semi-finals, I was expecting that boy to give Mori Buster Douglas problemssss in the ring. Alas, the fight was a little more Pacquiao v. Mayweather than anything else. The first couple seconds of the fight were cool.

Jaehee showed off some smooth moves and looked like he might provide a bit of entertainment, thennnnn Jin Mori beat that man’s ass like the son stole money out his wallet. I don’t know what that hell that Mori special move is, but the homie must’ve heard Shang Tsung yell out FINISH HIM because that roundhouse followed by a thigh on neck lock tornado spinning move was devastating!

So it’s Daewi and Mori in the finals, as we all expected and hoped for. But before we get to all that, there’s drama to be had.

I appreciated that little scene in the hospital with Mori and Yoo Mira discussing Daewi’s fighting style. They talk about their boy like he aint shit because of his bone crushing smack down on Mira last episode, but are also trying to wrap their heads around how he could have gotten to this unrelenting, brutal fighting mindset.

Of course, we all know this is all a direct result of Daewi’s homie’s condition worsening everyday and the grimy offer that Park Mujin placed on the table. Turn up your killer instinct in the semi-finals and we’ll hook your boy up with that fire medical nano tech. It’s always the good ones that turned over to the dark side.

The Toxicity of Loyalty

The camera angles at the start of this match was the stuff of cinematography legend! The looks were so well positioned that it appeared the fight was bouncing between a no holds barred Wrestlemania wrestling battle, 1st person point of view Pay-Per-View boxing match, Monday Night Football game, and UFC fight all in one. Ya boy was hype because I wanted Mori to punish Daewi for doing Yoo dirty like that but I can’t lie, when Daewi had Mori in the ground and pound position I was kinda shook for our spunky antagonist.

The back and forth in this match was unreal. They were looking evenly matched after their kick and punch cancelled each other out, and Mori’s patented triple kick special was flames! But the statement that Daewi never thought of those two as their friends was dead wrong. Then the former homie whipped out the Form of the Four Guardian Gods: Back Turtle move so you knew it was about to be turnt up to another level, but it wasn’t until the final form Azure dragon dropped that I thought this battle could actually not go Jin’s way. I thought his kick would nullify the attack, but the knock down was real.

Yoo randomly went up to Han Daewi’s friend’s room and it all started to make sense. When a man as hardened as Han declares his loyalty to his (seemingly) only friend, drastic things can result. I’m glad Mira was able to deliver Woo Seungtae’s death note so Daewi can begin to fight for himself because that man was looking wild defeated when Park Mujin told him that Seungtae didn’t make it, despite the tech boost. And boiiiiii did Yoo Mira deliver that message with the utmost gangsta!

Sidebar: Park Mujin is an excellent villain, and I hate him properly.

Second Sidebar: Mori acting like a child while the referee was throwing a hissy fit while Daewi read the letter was pure comedy.

Mannnn, Han Daewi got his mufuckin mojo back and we were all blessed with some of the coolest depictions of a 1 on 1 hand to hand battle in a hot minute. Daewi dropped the Reverse Azure and Jin responded with his Blue Dragon original and my dopamine levels skyrocketed fam!

It was curtains from there, but that’s not even the half of it. Although Mori was declared the victor, he helped up Daewi who dropped the first smile of his life the entire show. Mori and Mira both help their once again forever friend out of the ring and our trio solidifies the basis of this dope new anime.