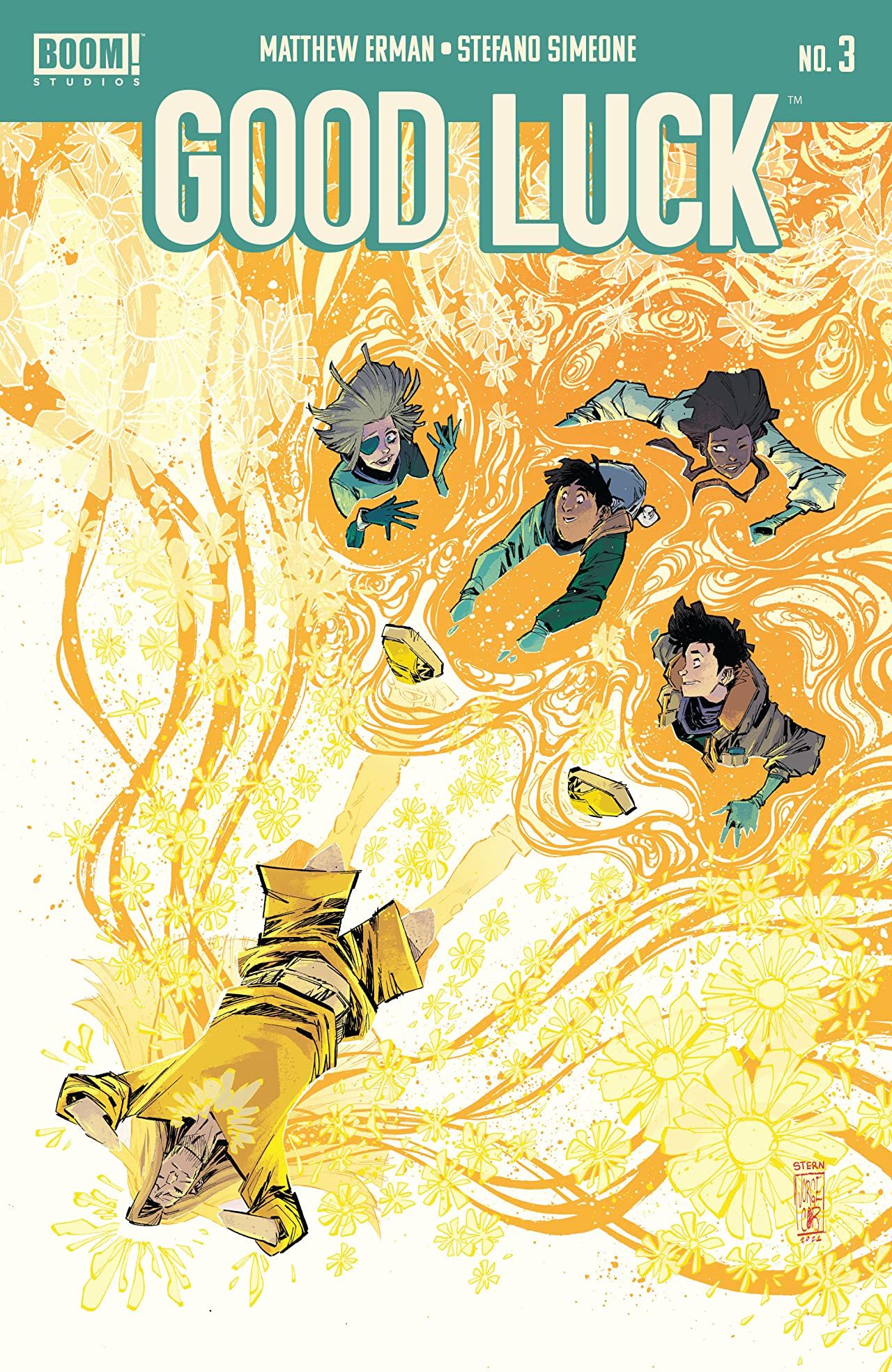 High concept science fiction series have a difficult hurdle to overcome. The necessary staging to get the reader invested in the world and the intricate mechanics of the world is a daunting task. Good Luck veered a little heavy into text-heavy exposition just get to all the required reading out of the way in its first two issues. That said, Good Luck #3 manages to jump off the scaffolding that was built and launches itself to be a memorable experience.

Good Luck #3 opens with the government broadcasting that they have lost the Unfortunates, but hey at least their “sacrifice” (a term that putting quotations marks around still doesn’t do enough justice for how little the government actually cares) gave them good scientific data. And crucially, it let the government identify the other Constellations, or Gods of Luck. Even more crucially, this gave Matthew Erman a chance to flex his research and writing skills and Stefano Simeone to illustrate some absolutely gorgeous splashes. In a single page, the vision that Erman and Simeone have had in their mind comes into a crystal-clear focus, and they manage to use this hook to drag me further into the universe.

See, the additions of these distinct entities connected to the powerful forces of Luck answers the question of where the series is headed. Any genre savvy reader knows that the Unfortunates aren’t actually dead. The rest of Good Luck #3 gives us a little peek into their current predicaments, and the final act solidifies this new direction and does so wonderfully.

I don’t really want to spoil anything past the preview pages, but I will say that Erman perfectly captures the tonality of teenagers and Simeone is just doing an incredibly diverse set of illustrations for the story that are bright, colorful, and fluid and make for such an engaging read.

If this momentum carries forward, Good Luck is going to catapult itself to the top of my pull list. This is exactly the type of pay off one hopes for in a high concept sci-fi series, and I’m glad I stuck around to roll triple 7s on the proverbial slot machine.