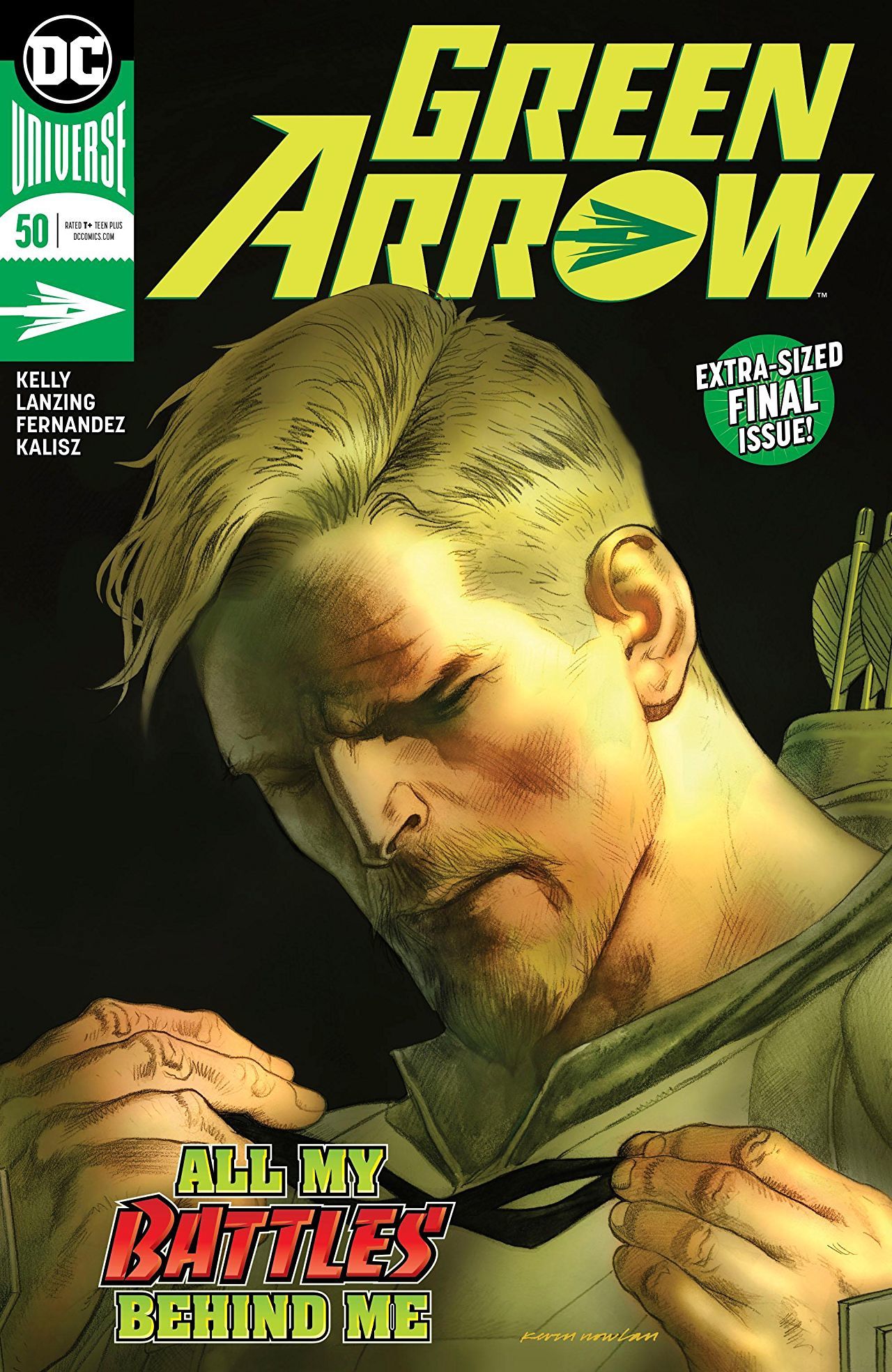 The end of Green Arrow packs a lot into its final issue. If anything, the book’s finale pretty much sums up Oliver Queen’s life – a constant stroke of bad luck. You know, for once,I feel like nothing that happens in this last issue is any of Ollie’s fault.

The results of Oliver Queen’s grief finally come to a head. Roy’s death hit Oliver hard and he’s come a little unhinged. Since then, he’s been trying to overcome his feelings of guilt and loss. Combine his recent reckless behavior and his possession of the weapon that could end the Justice League, and he was bound to have a few government agencies knocking on his door.

The last issue saw Dinah’s old spy contacts calling for her to bring Ollie in. What follows is a whirlwind of events that lead to Dinah confronting Oliver about the box. The government essentially puts a hit out on Ollie to get it from him. Dinah discovers Ollie hid the box from her as well as the army of soldiers after him. This creates a great deal of tension between our favorite power couple. Since the beginning of Rebirth, DC has spent a great deal of time rebuilding their relationship. Writers Kelly and Lanzing really put it to the test in this finale. 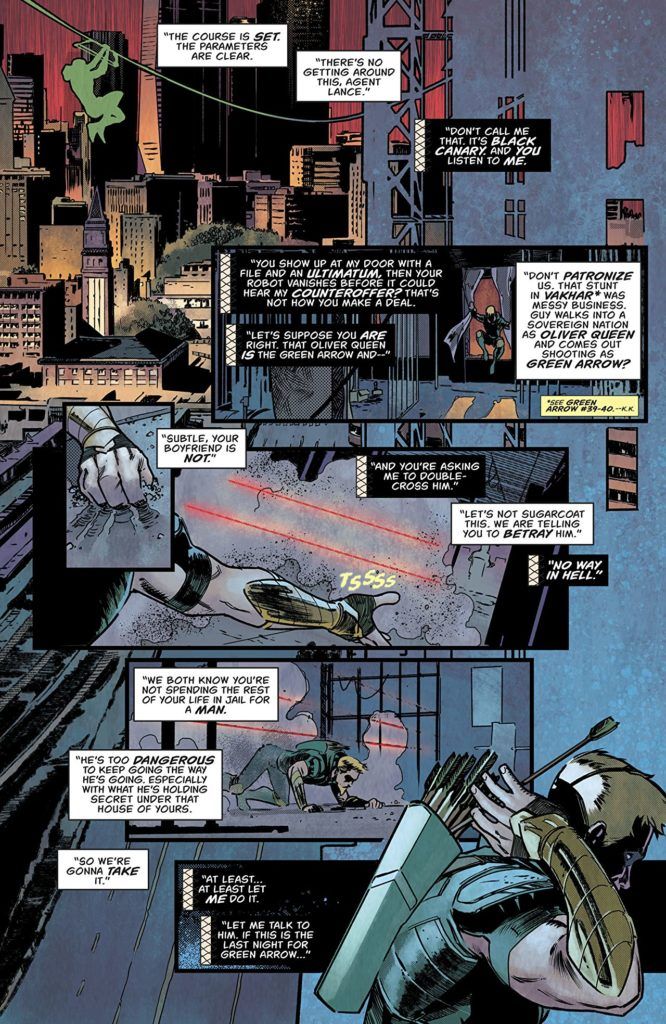 In fact, Oliver goes through the wringer in this issue. He’s at a low point; all aspects of his life are being tested. It seems like Kelly and Lanzing do their best to break the character just to see what’s left of the man after all is said and done. The biggest part of the issue is the reveal of what’s in the box. While the finale does raise some questions, the reveal shakes Oliver to his core.

I don’t know what DC has planned for Green Arrow in the future. After the loss of Roy, Dinah’s betrayal, and the box’s contents have definitely impacted Oliver: similarly to his time on the island. He survives this issue to become a different man. Whatever happens with the Justice League, he may play a role. Green Arrow gets an ending fitting of the life of Oliver Queen. A ton of action and misfortune for the Emerald Archer makes for a good read.