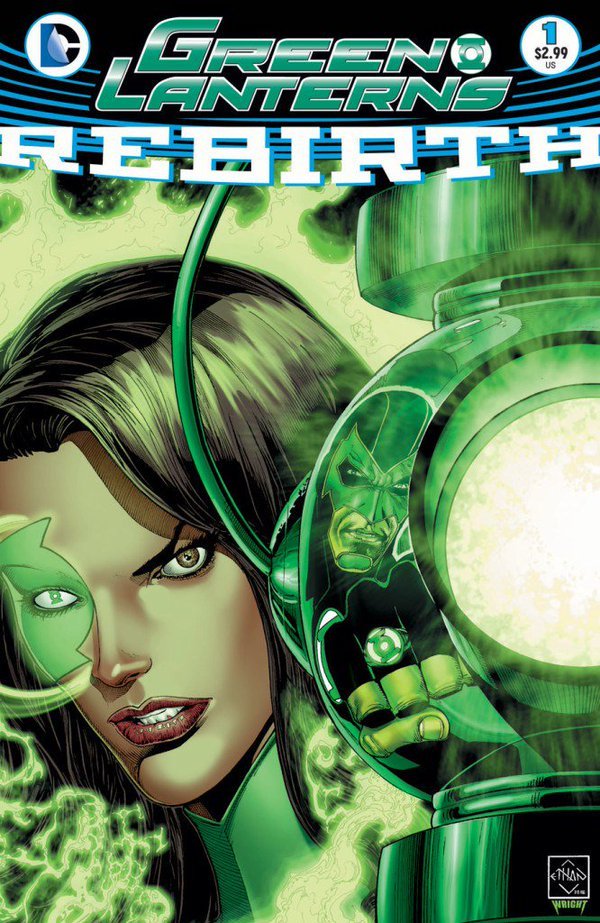 Is this not what you’ve been waiting for? The Green Lanterns are back at it but looking different this time. We’ve got two new Lanterns on the beat for sector 2814. We remember Simon Baz from Geoff John’s god body run, one of the greatest comic book runs in history (I said it). Simon is back on earth after having some adventures in space and it’s ironic that he has witnessed many different alien cultures to then come back home and have to face racism plain as day (written in graffiti) right in front of him. Cue to Jessica Cruz who is a survivor coming over PTSD and being someone that locked herself away from the world and slowly adjusting to it more and more. 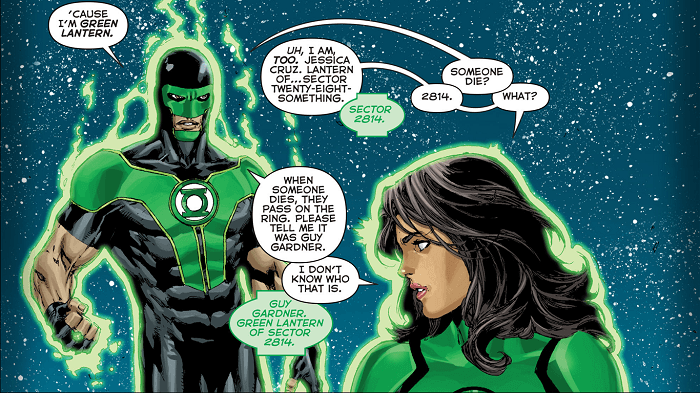 It’s very interesting that how the ring chose Simon (who was a car thief) and Jessica (hunter/recluse). Their circumstances of getting the ring and their pairing as partners is very reminiscent of Isamot Kol (Thanagar) and Vath Sarn (Ranian) who were on opposing sides in the Rann-Thanagar war then forced to work together to be partners. Jessica and Simon are already coming to a rough start as Simon’s feeling more comfortable in his role as Lantern and it’s giving him an air of arrogance, although Jessica has had to be (under different circumstances with Volthoom) a Lantern in her own right under much stress before she got the official ring.

We get an appearance from a veteran Lantern informing them that they’ll have to work together on their team work (going rather extreme to prove the point by a certain action they pull). The art work from this book makes the characters stand out. We didn’t see to much use of the ring being used to create unique constructs which is the most important detail of a Green Lantern book. That’s what will really make or break a book, so it will be interesting to see how this team tackles it and puts their spin on it. We got two new Lanterns that are both people of color and our first (official) woman Earth Green Lantern (shout out to Jade). It’s going to be interesting to see where the series is taken.