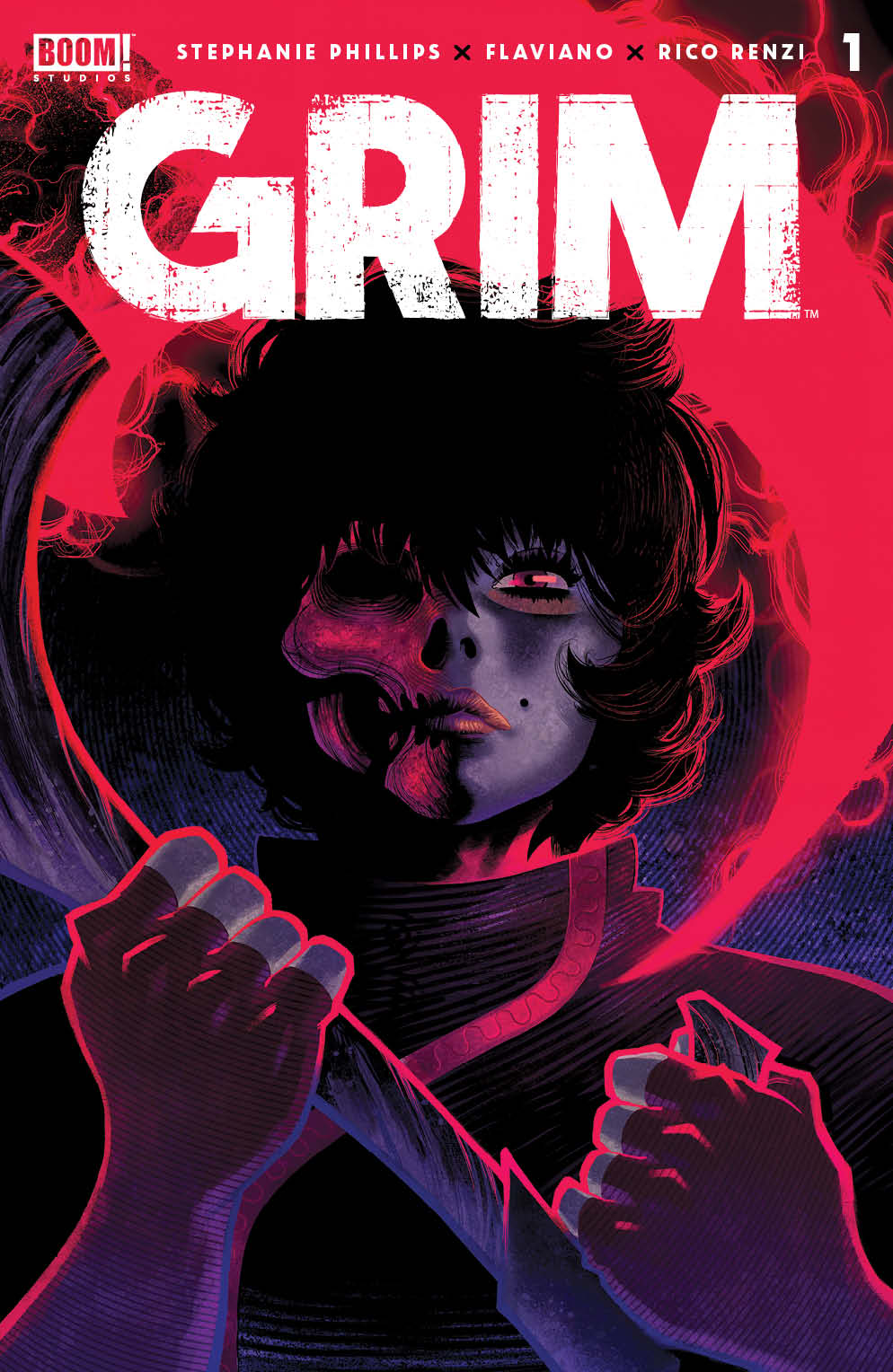 This is not the first time, nor will it be the last time, that Blue Oyster Cult’s “Don’t Fear the Reaper” plays (or in this particular case, are written on the page) as a specter of death approaches to take a life. Grim #1 follows a grand tradition, a common story, a familiar narrative and starting, where we follow a Grim Reaper. In this case, the reaper’s name is Jessica Harrow, and Flaviano’s evokes all the tropes you’d expected while adding a distinctively modern flair to it.

Grim works because of Phillips’ awareness of the genre and the use of shorthand to help accelerate the pacing while still keeping us invested in Harrow’s own introspection. It’s a familiar set up, but it’s still executed tightly. You have to give props to Flaviano’s illustration, Renzi’s coloring, and Napolitano’s lettering. The combined visual aesthetic is striking, alluring, and has a fantastic, polished feel that shows a wide range of settings and action brilliantly.

While not the strongest first issue ever, Grim #1 is still a gripping first issue with a unique visual flair and tight writing. Grim’s familiarity works in its favor and innovative in its presentation. I’ll be sticking around for the next issue for sure.