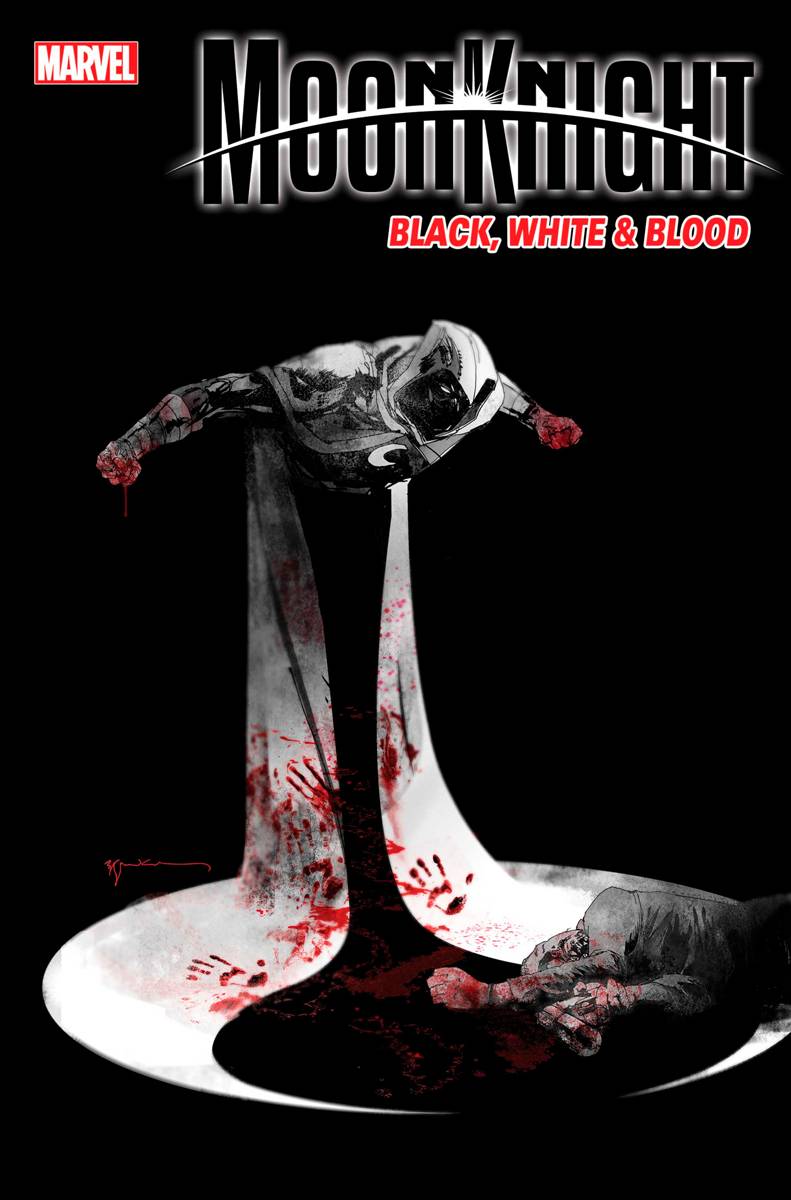 With the Disney+ series just wrapping up a very interesting first season and mainstream introduction to Moon Knight, it seems like a good time to drop a decent entry level book on the masses. And so the result is a three book anthology, Moon Knight: Black, White & Blood. This book features three standalone stories by three top tier creative teams delivering their unique takes on the Fist of Khonshu.

Does it feel a bit obligatory considering the timing? Absolutely. But that doesn’t mean this isn’t worth a read. It’s only three tales, but they definitely reflect how solid Moon Knight stories can run the gamut as hilarious, deathly serious or interesting on a creative level. Moon Knight: Black, White & Blood #1 takes us to a potential future of the Egyptian pantheon as told by Jonathan Hickman. Moon Knight teams up with Spider-Man in the present day and plays with the narrative in a pseudo-Rashomon style.

I don’t know what this compilation set out to accomplish but I can say that so far, it’s clear that although he hasn’t exactly been a marquee character over the years, the mythology of Moon Knight is so malleable in the right hands. Even though Hickman’s name and story are clearly supposed to be the big draw, every part adds something unique and worthy. The artwork is just as eclectic from vignette to vignette. My only real gripe is Chris Bachalo’s work on the Hickman story. The majority of it is strong, but the lack of color palette works against his art style, making some of the action beats difficult to follow.

Bottom Line: Despite a few artistic flaws, Moon Knight: Black, White & Blood #1 of this compilation does a perfectly serviceable job of showing how this newly spotlighted hero can easily span genres and narrative style. Well worth the half hour it would take to get through.