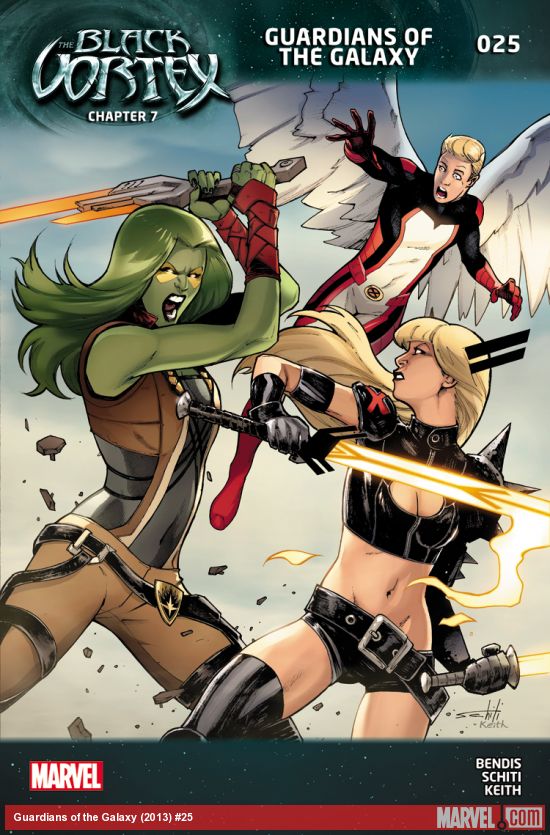 The Black Vortex mini series within the space-related book continues. We’re now on the Kree world with some of the guardians and X-Men watching negotiations with the Kree Supreme Intelligence go from 0-100 real quick. KSI ain’t about handing over the Black Vortex to anyone, regardless of the situation which leads to an all-out confrontation. Humphries does a great job capturing the humor and sarcasm between characters throughout the turmoil which was great. He really has Nova get his time in the limelight as well. However, this issue isn’t without some game changing moments too. 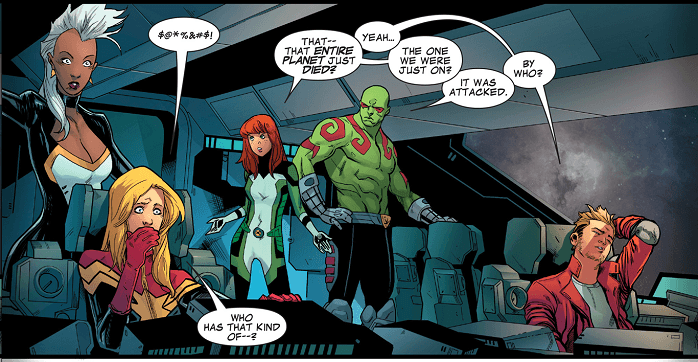 Mayew on art is a sight to behold. He’s distinct in each character and action. There is a large section with Jean Grey with her powers that he portrays gorgeously. Guardians remains a book that’s a fun read through. I haven’t even been following Black Vortex through all the other titles but as a reader can still surmise what’s going on. I gotta say I do feel the need to go get the issues due to what I have read from Humphries. This issue is technically taking place dead center during this miniseries but it’s really a fun read in and of itself after you read the backstory on the first page. The Guardians of The Galaxy series is still going rather strong even way after the movie drop. When they have a capable writer on the bill then there is no doubt on how much they’ve really cornered the market on the space game in Marvel.