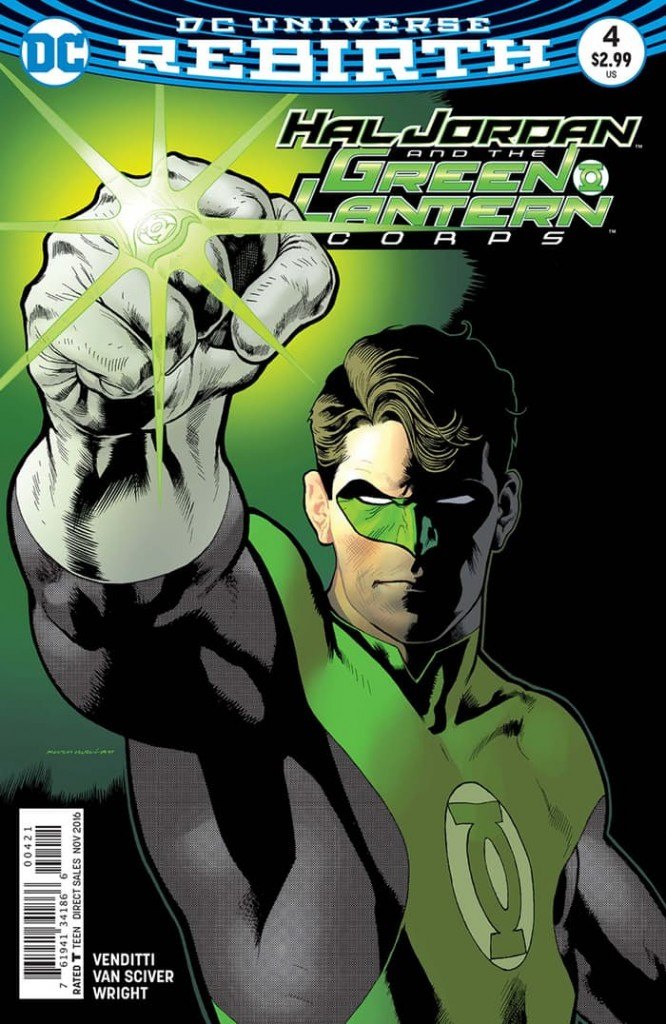 Hal Jordan and the Green Lantern Corps is easily the best book the franchise has right now. Granted, considering how bad Green Lanterns is, that’s probably not a very high bar to clear, but this is still a book that’s well worth your time. Last week suffered from a bit of Hal Jordan saturation, with him having taken up all the air in the room for three straight issues, but it’s worth giving the book a chance to turn things around. 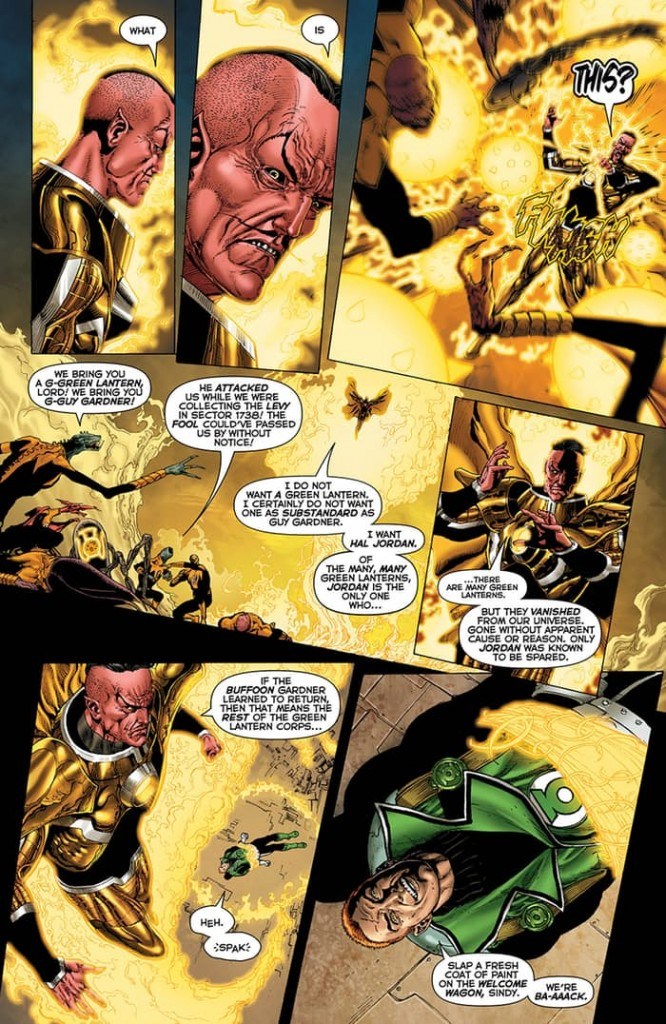 And it’s a chance that paid off greatly. Issue #4 sees a change of focus from Hal Jordan to his ultra macho, dudebro colleague, Guy Gardner. There’s a scene that I wouldn’t dare give away that’s almost a tribute and definitely a proper introduction to the beer-guzzling badass for newer readers. The difference in tone is pretty entertaining while delivering the necessary tone that Sinestro has the whole universe on lock in the absence of the Corps. Robert Venditti has set a lot of conflicts up that promise to collide in an immensely satisfying way. There’s even a bit of a family feud afoot…and, thankfully, not the kind that involves Steve Harvey. For a book that’s been such a turnaround for the franchise, it’s fitting that Ethan Van Sciver would show up in place of Rafa Sandoval to handle the artwork. Anyone who’s seen his previous Green Lantern work knows that Van Sciver knows exactly how to create these epic scenes worthy of a sci-fi epic. And nobody else draws Sinestro with the terrifying gravitas he does.

Bottom Line: This book has benefited greatly from passing the spotlight around and taking some of the attention away from Hal, giving us a taste of what we can expect from other key members of the Corps. And Guy Gardner’s shining moment is worth its weight in gold. Still one of DC’s strongest books.

9 Green Boxing Gloves out of 10