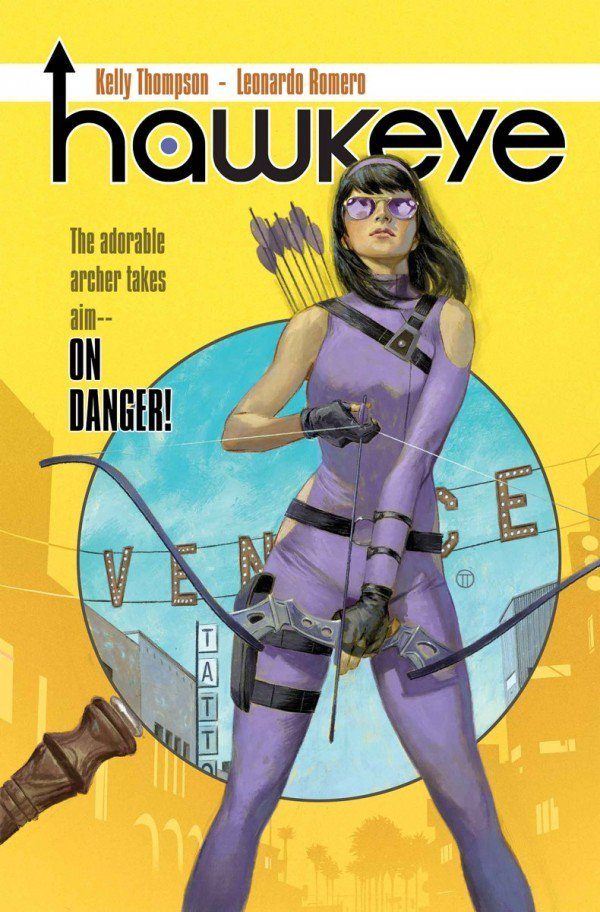 “Roll in it, music bumpin’, windows tinted
Through the good neighborhoods and all of the woes in it.” -Lupe Fiasco

Listen, there is no better song to relate to Hawkeye than “The Emperor’s Soundtrack” from Lupe. I was reading this shit feeling like Kelly Thompson penned this whole issue to that song while saying, “I told ’em it’s show business / meanin’ there’s no business ‘less *Kate Bishop’s* in it.” Thompson did not come to play with any of you fanboys or fangirls up in the Hawkeye fandom. We’re off to a great start for this series right off from page one, man. We know that Kate Bishop is now out carving her own way in the Marvel universe with her life being kinda messy, but not like Clint Barton spilled drink sloppy messy. Kate’s working on a few things that she’s gotta deal with down the line, but for now she’s got her own lil’ private eye biz to get jumping in Los Angeles. 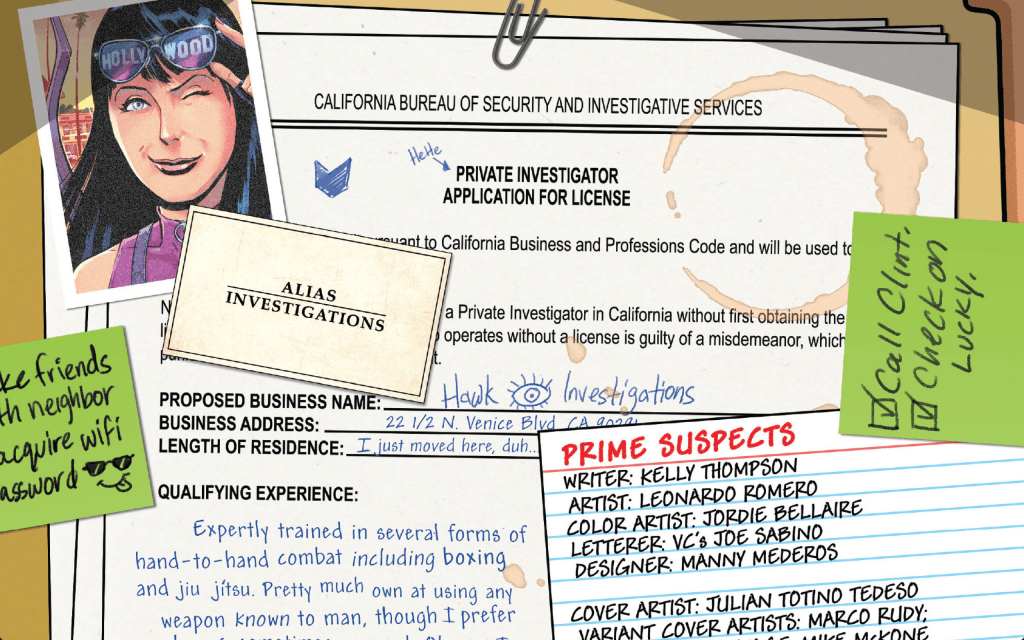 Kate is a character with so much personality, lemme run that back. Kate Bishop is a character with so much snark, wit, and ability to read the room and Thompson lets us know that from jump. Look above at that picture of her filed out application and there’s doodles and “What the fuck” exclamations at the fees. That’s a great welcome to the reader that lets us know that hey, creative teams have come and gone but your girl Kate N’ Barrel ain’t changed. She’s still razor-sharp with quips and out here getting her private investigations on. We see Kate tailing someone for a case, and talking to herself out loud (which I love) when she gets interrupted by having to be a hero and stop a bank robbery. This is where things get really interesting because since this is Kate’s series, she is going to need something to make her stand out from Clint Barton as Hawkeye (as well as his series) the answer to that comes in the form of Romero and Bellaire’s artwork displaying Kate’s vision like a first-person shooter. 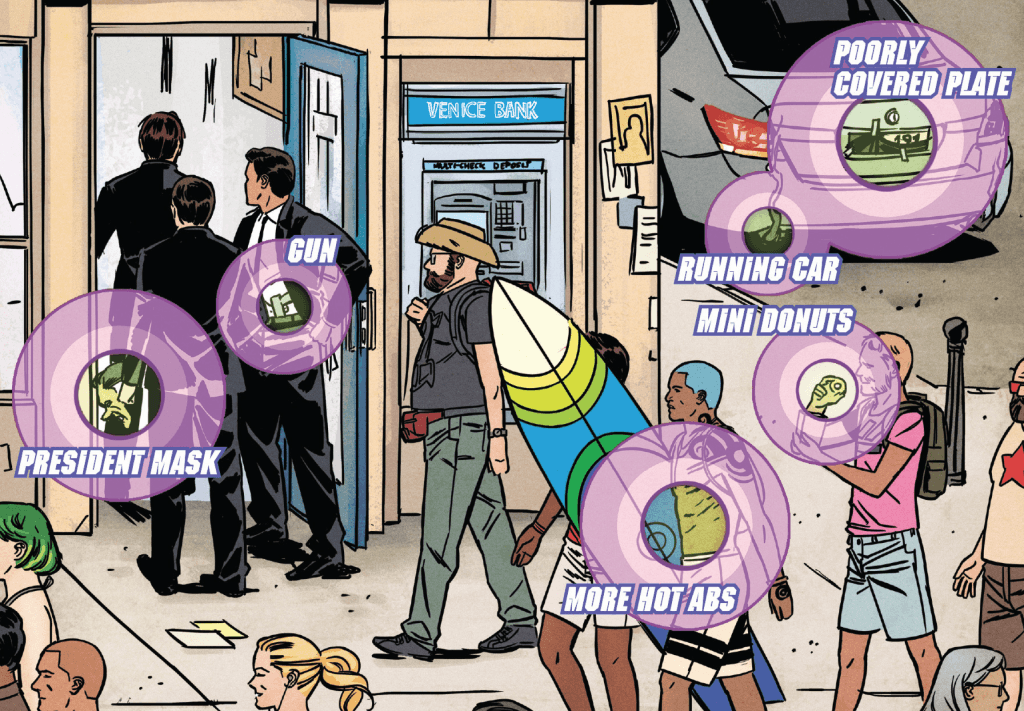 Leonardo Romero and Jordie Bellaire give us a first-person shooter perspective from Kate on some Sherlock/Misty Knight analysis. We see small circular pinpoints on points of interest which range from hilarious commentary on surroundings to alerts of danger. Kate’s spatial awareness as an archer and a sharpshooter is represented very uniquely, which creates a clear distinction from her Hawkguy counterpart. It’s such a simple visual but does so much in terms of giving us insight into how Kate’s brain works.

Thompson give us Kate getting to know her neighbors as well as how hard it is to run a business. However, once she gets her first case dealing with an online harasser, we see how good Bishop is at starting with very little and gaining a lot. Bishop’s charm is just as deadly as her prowess with a bow, she’s quick, and cunning and draws people in to help not in a manipulative way but in a sense of giving their life some adventure. Within minutes Kate enlists her first employee (not for very much, mind you) and shows how analysis and observation are her superpowers when she’s on a case.

We’re seeing Kate Bishop in a new light with her being a P.I. We know how dangerous she is with a weapon but now we’re seeing how cunning she is using her surroundings and mind as a weapon as well. Thompson isn’t pulling any punches and the ending lets you know that there are plenty of surprises in store for our hero.