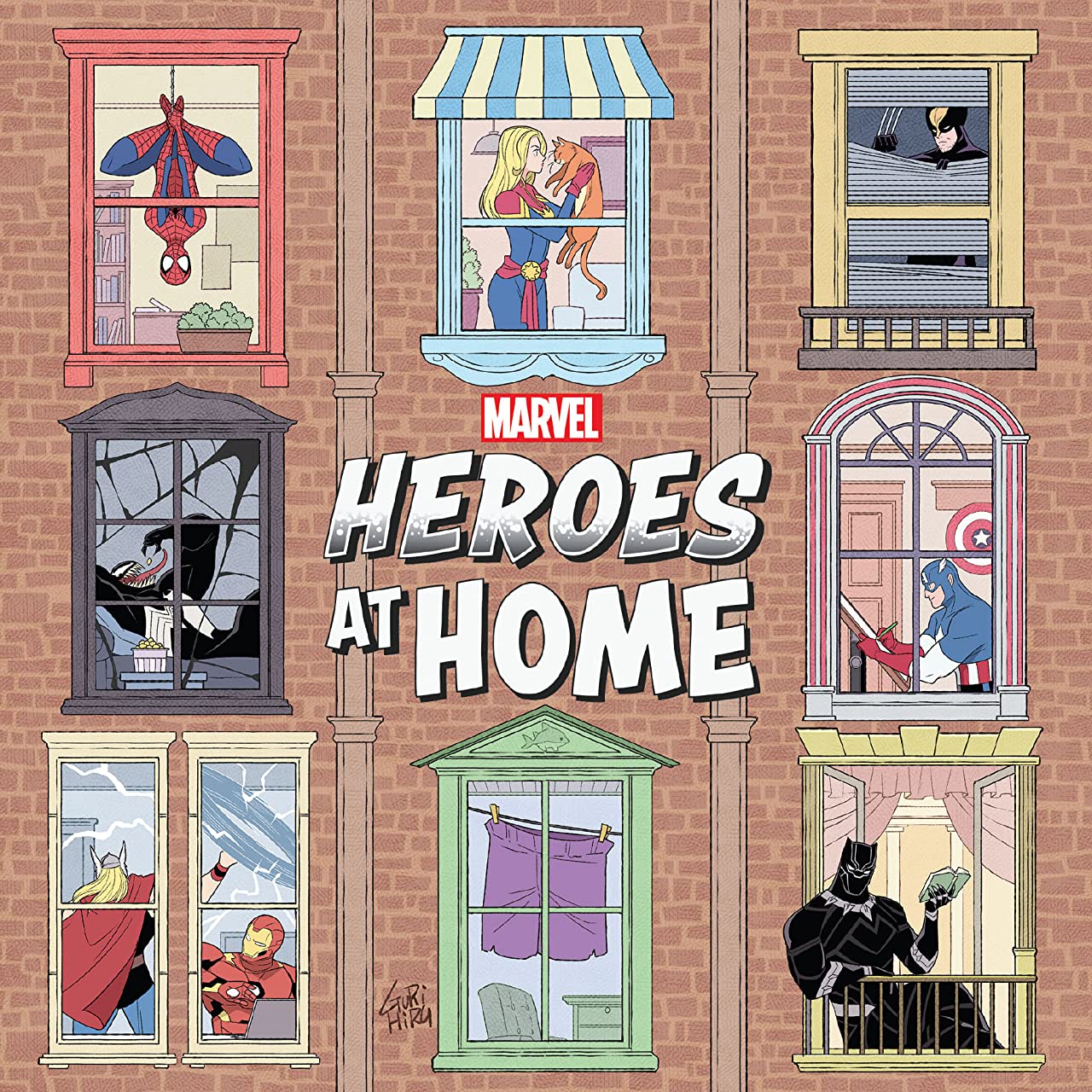 After about three fourths of the year mostly at home, I’m sure everyone’s getting a little stir crazy. But it’s better than the alternative: quickening the spread of COVID-19. Marvel wants us to know that even though things are tough all over, the fight isn’t over. Even heroes can have it rough being away from their loved ones. And although Heroes at Home #1 is a little heavy handed with its message, the concept is entertaining at its core: superheroes get stir crazy just like everyone else.

Zeb Wells does several solo vignettes dedicated to some of Marvel’s most high profile characters and follows each of them around for a few pages as they each spend their quarantine time in their own ways. At first glance, Heroes at Home #1 seems as trite and goofy as your typical after-school cartoon, and your first glance would be spot-on correct. But after a year of turbulent, sometimes outright bizarre current events, old school goofy is the right kind of laughter to pull out of the audience. It’s corny but in an “all ages” sort of way like your favorite superheroes doing timely, somewhat transparent skits about the issue of the week on Saturday Night Live.

The segments are so quick but effective, featuring everything from the Black Panther being required to wear PPE to Venom confronting the toilet paper crisis. Gurihiru’s art leans face-first into the hokey attitude in Wells’ script. With almost no dialogue at all for the majority of the book, the visuals needed to work twice as hard to tell the story….and ended up doing so effortlessly.

Bottom Line: Heroes at Home #1 isn’t deep or meaningful. It’s wholesome and corny and occasionally aims for cheap laughs, but that’s what we need right now.

8 Drunken Zoom Parties out of 10