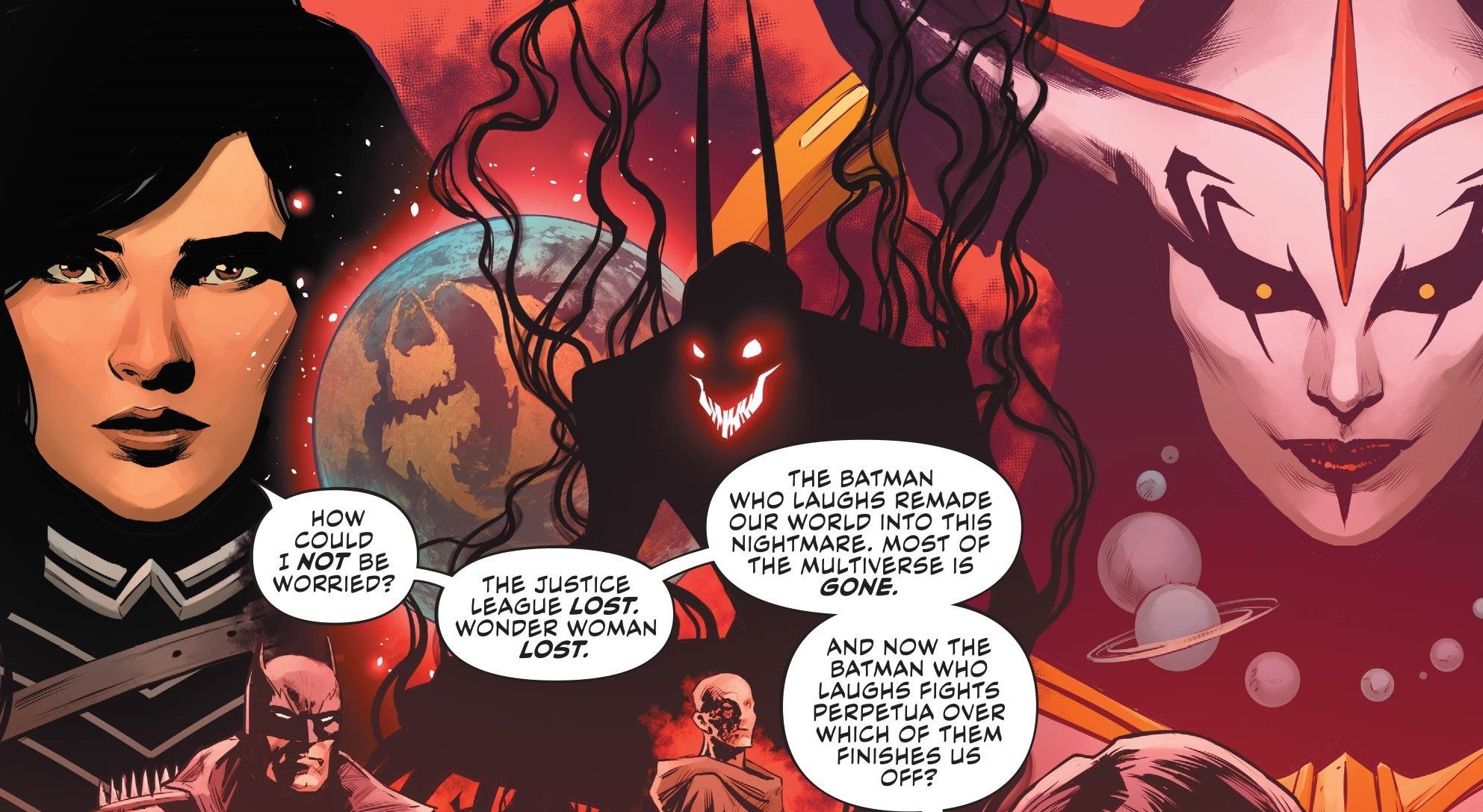 Everything dark and sinister about this issue comes out at night and things get real interesting. The reveal of Evo’s mother is shocking but much more troubling than anything else. The “treasures” that Evo has hidden up his sleeve are tragic and deadly, and we haven’t even see the full truth of what is going on.

At first glance, Heroes at Home #1 seems as trite and goofy as your typical after-school cartoon, and your first glance would be spot-on correct. But after a year of turbulent, sometimes outright bizarre current events, old school goofy is the right kind of laughter to pull out of the audience. It’s corny but in an “all ages” sort of way like your favorite superheroes doing timely, somewhat transparent skits about the issue of the week on Saturday Night Live.

Given Watters’ pedigree as a horror-adjacent writer with Lucifer and Wijngaard’s previous work on Thunderbolt, it’s not too vexing that the two have been able to come together to weave a tale of how a member of a punk band managed to get involved with the afterlife, but it is surprising just how well everything flows.

Origins #2 continues the two-pronged narrative of David and Chloe between the “Now” in the distant, distant future and the “Then” of the not-quite as distance future. Chapman does provide a concrete 989-year time difference between the two framing device which does accentuate how the circumstances have somehow grown more dire since the original technological apocalypse.

There is a predictability that is slowly formulating in the series where it’s obvious that the villains are one step ahead of the heroes, which is somewhat belied by the format and framing of the story. That said, it’s so incredibly well executed that even though I can predict the beats, the way we’re getting there is so engrossing that I’m willing to overlook some of the flaws.

Conveniently, Scott, Jean and Cable’s recent commandeering of S.W.O.R.D.’s abandoned space station was all they needed to begin shooting for the stars. Now we follow a key member of the Quiet Council to find out exactly what this new division is about.

Tales from the Dark Multiverse: Flashpoint #1

This Flashpoint issue explores what would have happened if Barry succeeded in getting struck twice by lighting, but it killed him rather than giving him his Flash powers. And in the wake of his death, The Reverse Flash comes in and takes his place, navigating the Flashpoint world that we’ve come to know with unlimited power.

It’s get in, get out, in the truest fashion. And because the book is a whopping 80 pages, there are so many talented names, known and unknown, putting their own spin of the holiday spirit on these beloved characters. There were three stories that stuck out to me and will probably stick with me for the foreseeable future.