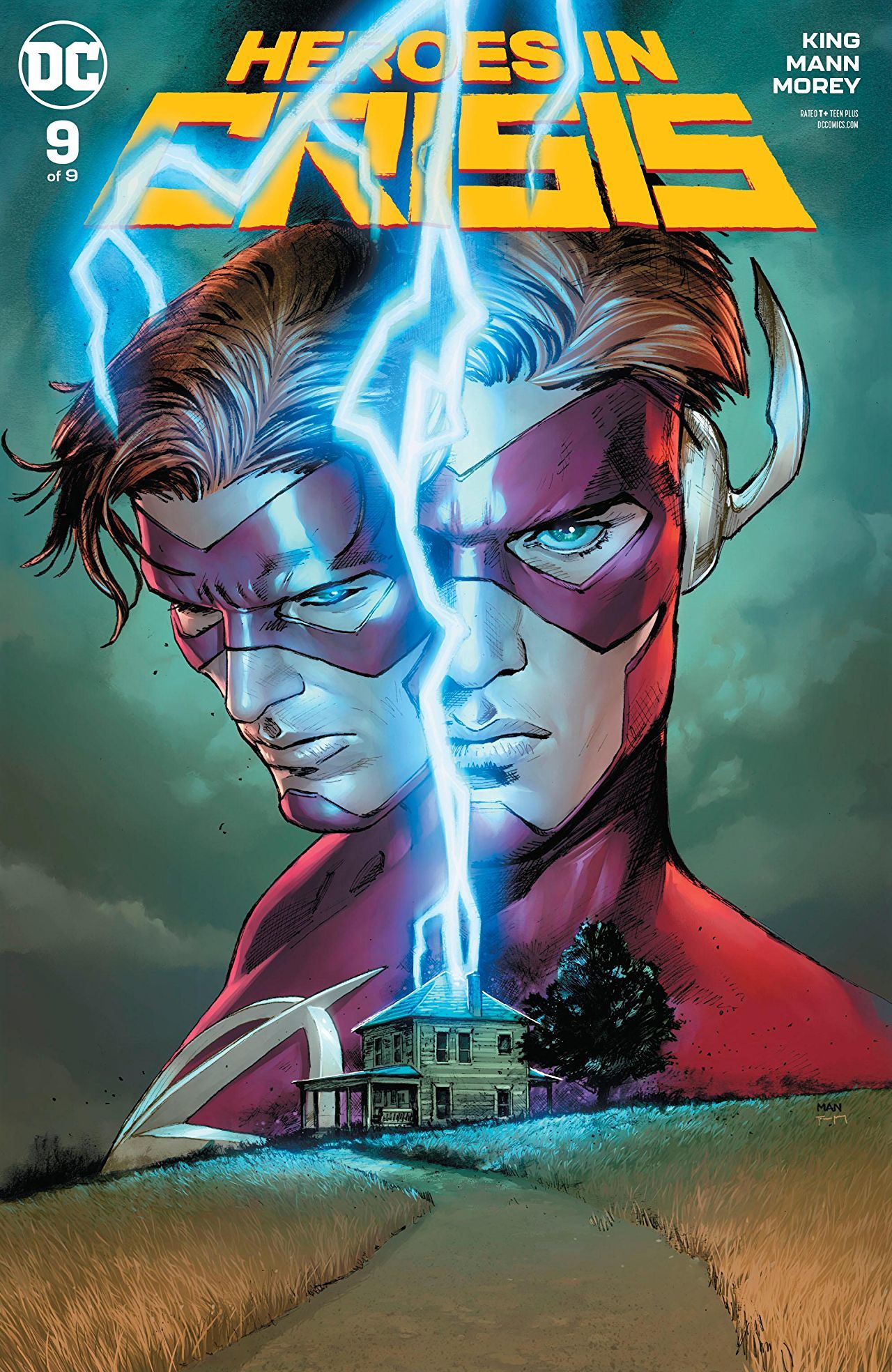 I think I liked Heroes in Crisis more than I didn’t, but that admission also comes with a series of acknowledgements. First and foremost, the nine-issue series concludes with a less than satisfactory ending given all of the events of that preceded it. The murder mystery at the center of Heroes in Crisis is by far the weakest part of the series, and between the prolonged whodunit and eventual “shocking” twist that has played out over the last act, the core narrative has been dragged out to a point of exhaustion and apathy.

King has been employing two very distinct writing modes throughout the series. The vastly more interesting, more intriguing one is what he describes in a snapshot. All of the interviews within Sanctuary, whether the character takes up one panel, three panels, or nine panels distill them to poignant, elegant point, a simple thesis that frames the character in their great story. These interstitial interviews (for the most part) and a handful of other moments (Booster and Blue Beatle’s reunion and Superman’s speech), are the parts that resonate with me as a reader. It’s what King excels in, this minimalist meditation. But the central problem is that King also likes philosophizing and ruminating, and whatever point he was trying to make got muddled with uneven pacing and a murder mystery that almost certainly didn’t need to be there. 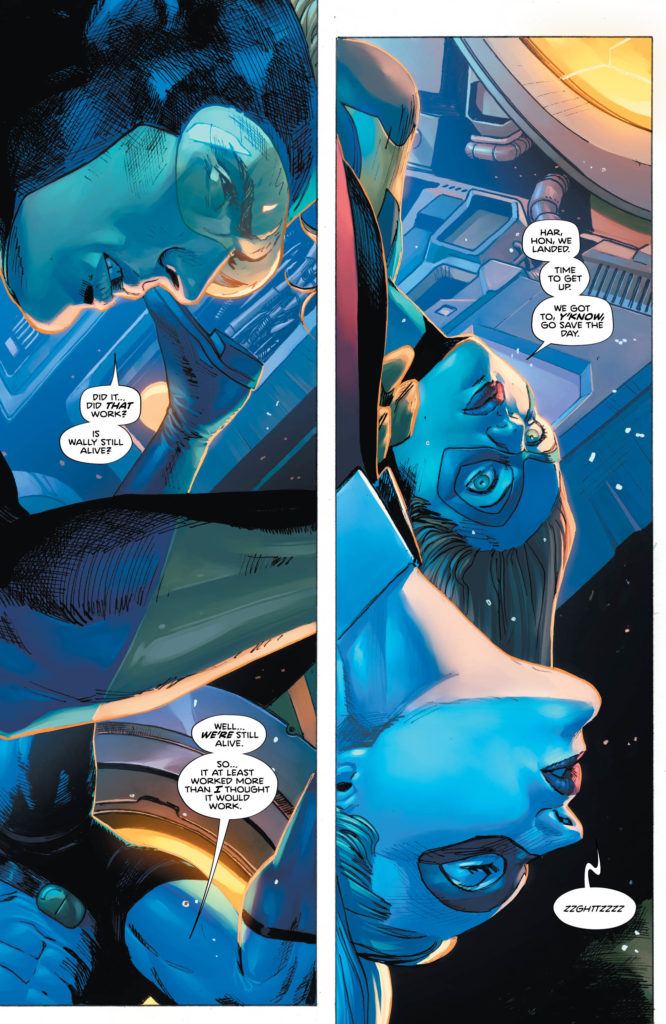 The ending is fine, but it does not feel earned, and the payment for the last lines of narration doesn’t feel worth it. King’s concept of Sanctuary is what got me through the door, and in the end it’s what kept me there. I cannot stress this enough, but the interviews are really the only thing that kept me captivated with the murder mystery largely being a convoluted mess with few redeeming moments, and that’s a big problem given that was the crux of the series.

Writing aside, Mann drew the hell out of the book. Each interview captures each character with a perfect portrait. The opening spread is a gorgeous, atmospheric shot. And the pages capture the somber, if not at times grim, tone of the series as a whole. The facial expressions on each character are crucial in selling the tale and all of them succeed. It is a beautifully drawn comic if nothing else.

I can’t help but think, what if the series didn’t meander for nine issues or if the series’ selling point wasn’t a murder mystery? To like a story for its pieces is not the same as liking it as a whole, and I keep thinking about the fact there were sparks that fully demanded my attention and their long, long stretches of time where I was largely indifferent. Ultimately, Heroes in Crisis simply exists, and I find myself thinking about interludes more than anything else.