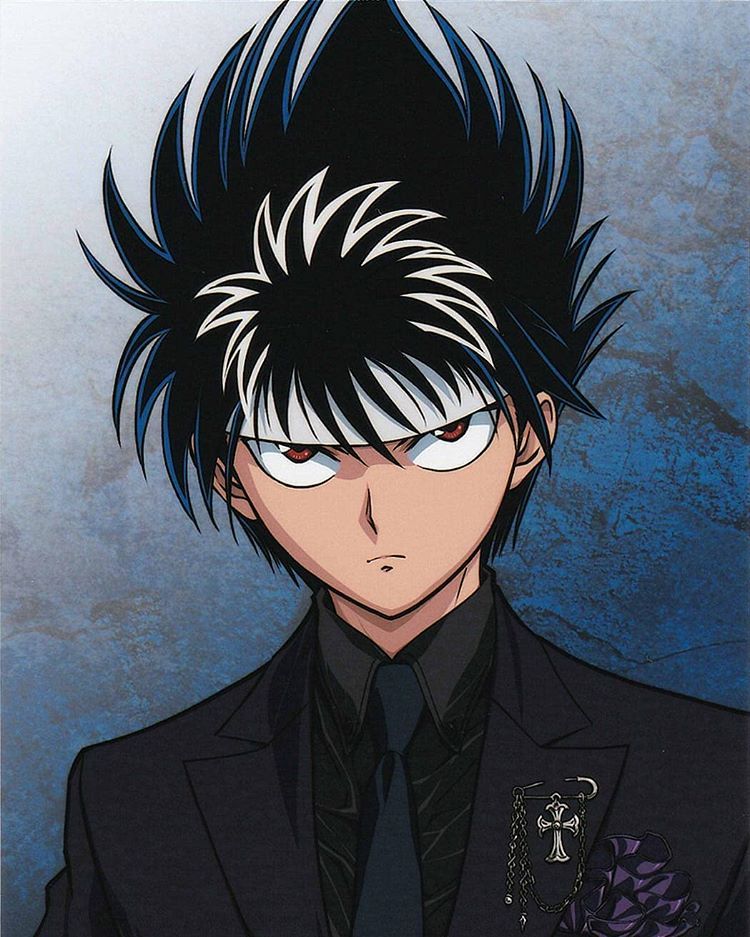 Hiei is one of my favorite anime characters. Known to be the smallest and yet one of the most deadly main characters of the hit shounen anime Yu-Yu Hakusho! Hiei has cemented himself in anime history as one of the baddest of the bad. Like legitimately, this dude was totally evil at one point before transitioning over to anti-hero and then to ‘apathetic hero with a heart of gold buried way deep’. This pipsqueak’s image comes to mind immediately when listing my top five faves. Even after over a damned decade of being introduced to him, I still remark fondly on this tiny ball of rage and roasts.

One of the Yu Yu Hakusho hallmarks was the infamous boyband also known as Yusuke’s gang. Each one of the characters had their own distinctive personalities and quirks, and Hiei was the brooding and biting asshole of the group. Think Garfield the cat, but agile and loves killing people. His macabre and delightfully aggressive personality melded well with the more elegant and calm Kurama, and the two of them quickly became one of my favorite ‘ships. I am particularly fond of wholesome gay dynamics, and who DOESN’T love the bubblegum pixie holding hands with the angry goth? Queue up the Pacha hand gif, please.

Now, a not-so-sweet hallmark of Hiei’s personality is his biting banter. Most notably with the hard-headed and dense Kuwabara. These shounen badasses were constantly at each other’s throats, to my gleeful delight. While Kuwabara does his best to serve a few quips back, Hiei finishes every verbal fight, regardless of who started it. Hiei’s remarks aren’t the type to fly under the radar either. He goes RIGHT for the jugular and THEN SOME. It’s not dissimilar to Seto Kaiba’s coming for Joey Wheeler’s neck in Yu-Gi-Oh!. I would argue, however, that Hiei has much more affection for his red-haired teammate than Kaiba does for Joey. I would even go as far as to argue that, at least within the anime adaptations, Hiei is a lot more fleshed out as a character than Kaiba. Don’t get me wrong, Seto Kaiba is another one of my all-time favorite characters! But with that much ice in his veins, it’s hard not to experience some second-hand chill for yourself.

Along with his asshole-ish persona, Hiei holds deep compassion for his younger twin sister, Yukina, respect for his teammates, and an unbeatable desire to become the best fighter he can be. You can’t help but admire a demon with that much ferocity. Unlike Kaiba, Hiei has more visible instances of outward displays of affection toward those he cares for. Which for me, makes it easier to like him. An asshole being an asshole can only get you so far. The world is tough enough; constant prick-ish-ness is totally off-putting.

I implore you all to take another look at Hiei. Take your time watching through The Dark Tournament arc, or better yet, the episode where he defends the integrity of his team during The Four Holy Beasts saga. There is a lot more depth added to this character than other more famous anime jerks and I have to applaud his writers for that. He may be a gigantic jerk, but we love him for it.

Like Yu-Yu Hakusho!? Find BNP’s other entries about the series here.