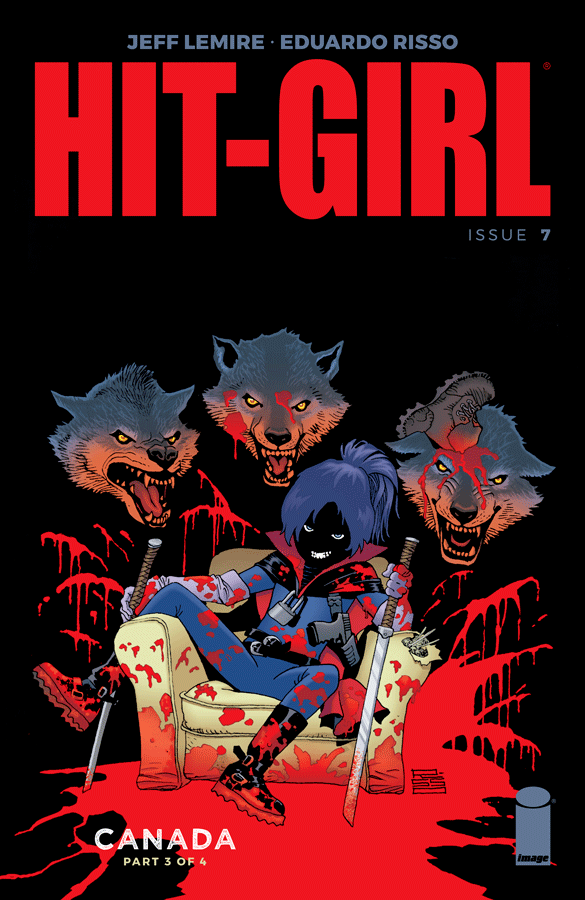 The second arc of the Image Hit-Girl relaunch reads like the best parts of Reservoir Dogs and Fargo that were too brutal for censors. In issue #7, Mindy Sherman, tween assassin, finds herself at the bulls-eye of an ambush brought about by her dead target’s father, Billy. Using the only escape they can, Hit-Girl and her hermit benefactor are able to flee, but not without more casualties.  Outgunned and still nursing her own injury, Hit-Girl adopts news tactics to take the fight back to her assailants. Together, Lemire and Risso create a full sensory experience in the Kashechewan wilderness, forcing Mindy to adapt her urbanite, vigilante swagger for the stealth of a winter huntress. 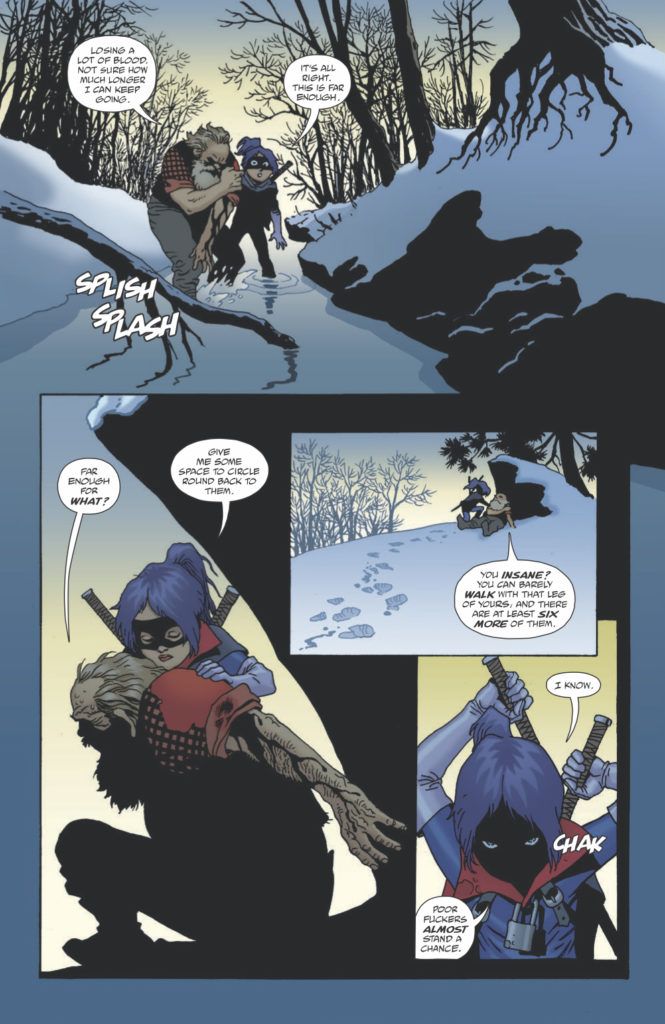 In the previous issue, Hit-Girl found herself at the mercy of a kind stranger who helped nurse her back to health after her bear-trap incident.  They don’t have too many of those in New York yet, so she clearly was not prepared.  While the old hermit nursed Mindy to health, the father of the dead target had enough time to rally his own crew in an attempt to snuff out Hit-Girl.

The first act of this issue has Mindy and the hermit trapped in the cabin, surrounded by a barrage of bullets and the threat of being smoked out.   After catching a bullet in the fray, the old man hallucinates that Mindy is his daughter Helen, the same image Mindy saw in between consciousness in issue #6. Using the last of his wits and strength, the old man directs Mindy through an escape in the refrigerator storage beneath his house.

Once Mindy gets her benefactor to safety, all bets are off. The second and third act of this series are pure hyperbolic, berserker Mindy , rage-on-ice, winter extravaganza.  Dialogue gives way to tense paranoia as Mindy stalks those ambushers. Risso’s art evokes the sound of the twigs, the snow crackle, and the panicked breaths of Mindy’s prey.  Her katanas and shuriken spend panels upon panels painting blood in snow. Then she really gets down to business. 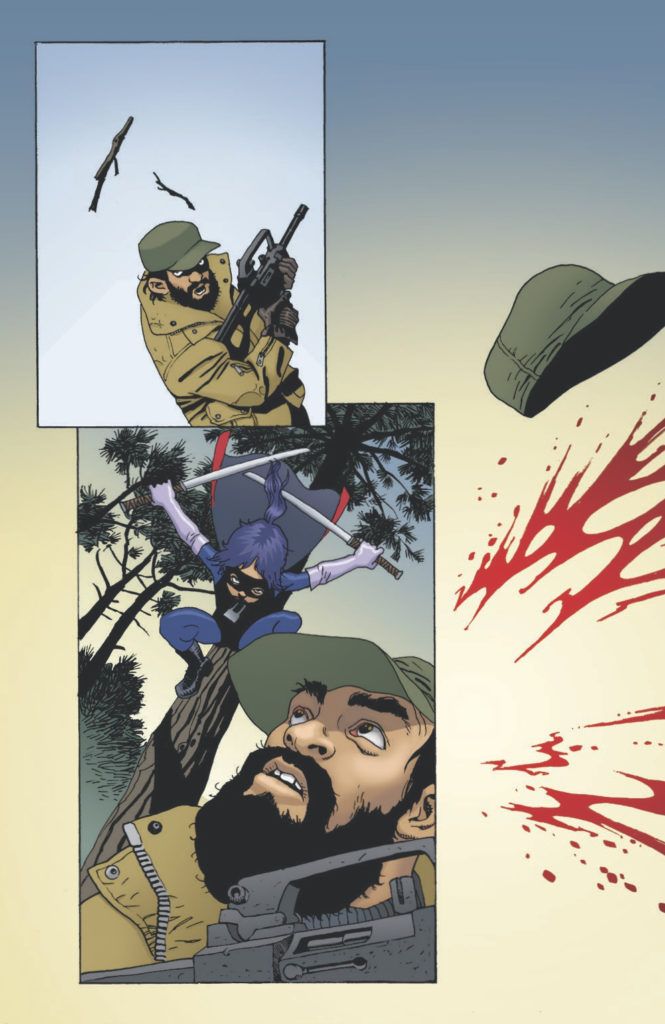 Every issue of Hit-Girl is a ballet of violent, vengeful joy, and only Mindy knows the steps. The Canadian saga has been beautiful to read and witness so far, so it is almost a shame to see it end in the upcoming issue.  Thus far, Mark Millar’s “showrunner” style is bringing some interesting new tones to the Hit-Girl mythos.  Following Lemire’s arc, Rafael Albuquerque and Kevin Smith will follow up with writing duties. Rafael Scavone and Pernille Ørum, respectively, will take over the visuals. Clearly, there is plenty more vigilant justice to come from Hit-Girl. Stick around.

Rating: 9 out of 10 Cold-Blooded Clapbacks

Reading Hit-Girl? Find BNP’s other reviews of the series here.