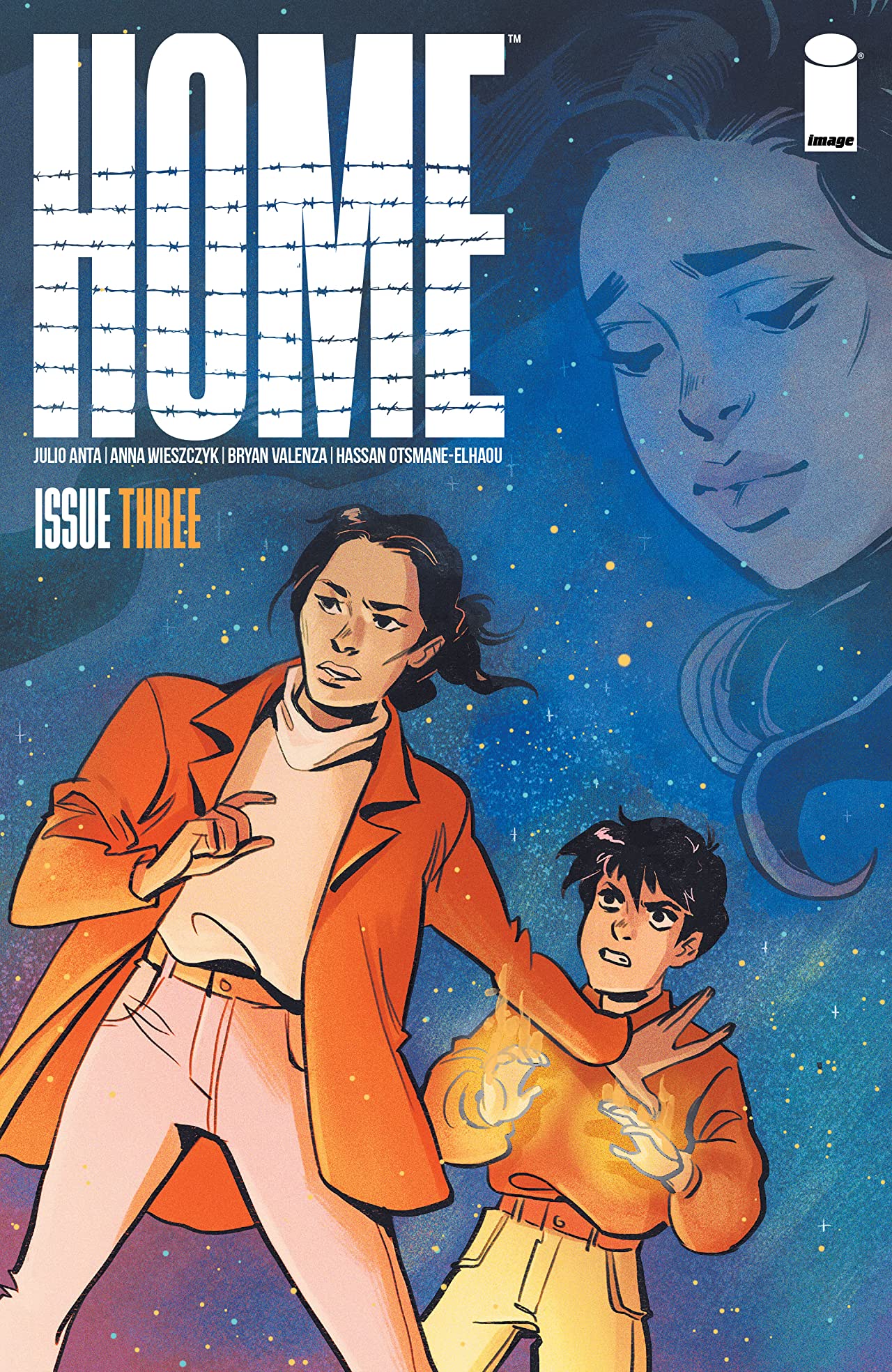 Home #3 is the midway point of Anta and Wieszcyzk’s parable comic, and the issue shows that the creative team is very much aware that there is still a lot of ground to cover and story beats it needs to unpack. They catapult us into the action but not before making us feel things.

Home #3 starts with a heart-wrenching sequence of Mercedes being deported back to Guatemala with minimal dialog. Anta lets Wieszcyzk convey an emotional montage punctuated only a single six-word sentence of dialog that truly captures the climate and tone that the series was created in. The callousness in which the system sent home Mercedes is front and center. It gives the next sequence where Mercedes rejoices that Juan somehow safely made it to the home of his Aunt Gladys more impact. Anta captures the present-day time frame with a honest accuracy that feels almost like a historic record if it weren’t for the explicitly supernatural elements that are woven into the story.

Home #3 marks a noted shift where Anta begins tying in Juan’s superpowers and his inheritances from his father very rapidly. There’s a block of exposition about halfway through that will almost certainly read better in a collected trade, and the second act aggressively sets the stage for the final two issues of the mini-series.

Anta and Wieszcyzk are ambitious in their approach. I think the story could have maybe used one more issue to let some of the denser moments in the series play out a little more naturally, but I am still very much invested in Juan’s story and how it plays into the greater context. Home remains a great modern twist on the framework that Superman and others have laid out before, and even when it falters, it’s still a great read.