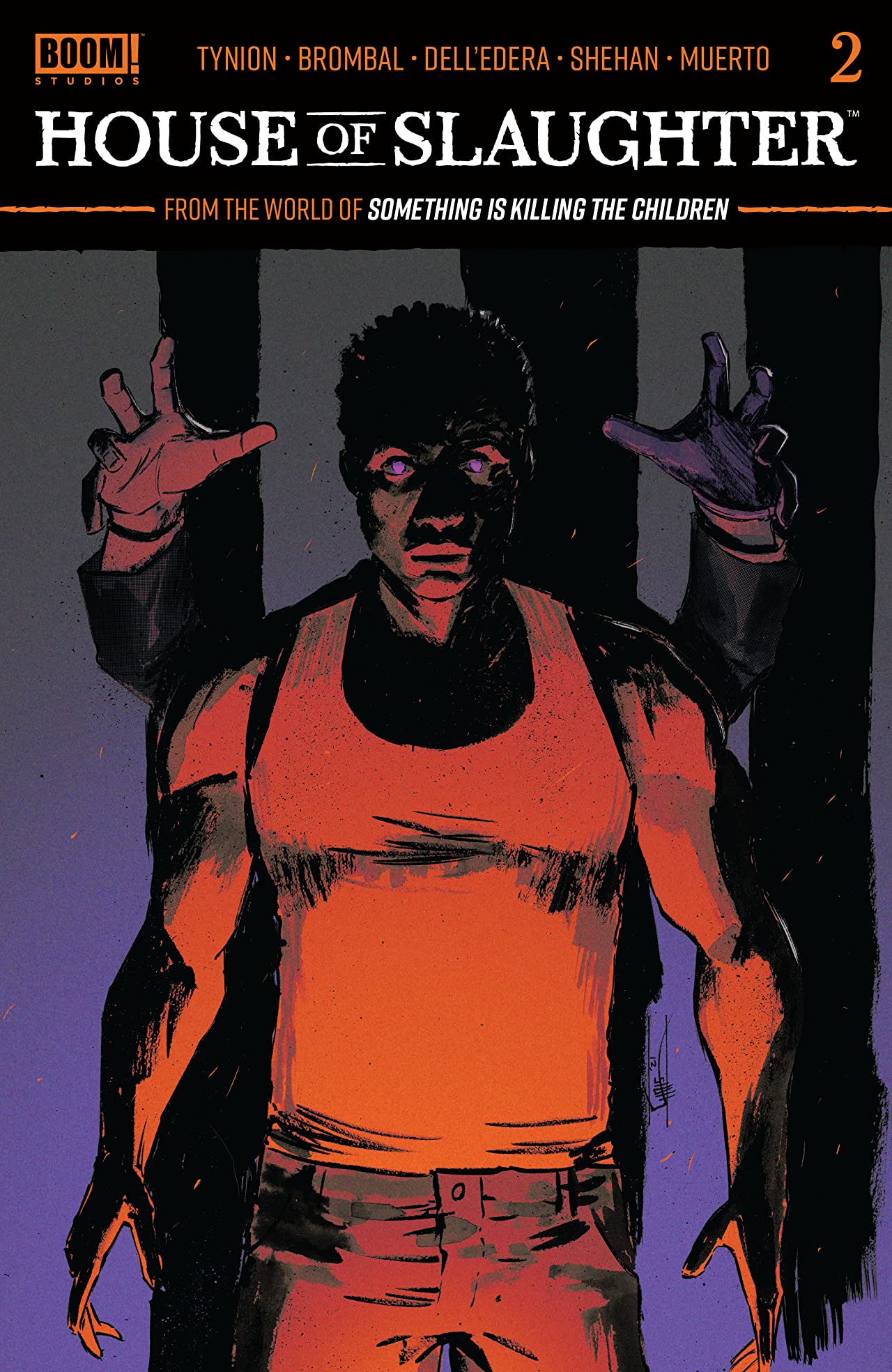 From everything that we know, we know that Aaron and Jace probably aren’t getting a happy ending. And if they do somehow manage to get one, it will come at a considerable cost and will still be bittersweet. As the saying goes, those who hunt monsters must take care not to become monsters themselves, and House of Slaughter walks us through exactly what it takes to become a “Slaughter” in truly stunning fashion.

House of Slaughter #2 opens with Aaron confronting Jace, which in turns causes a cascade of memories to their days at the titular location. Brombal writes the two central characters with such care. He does a really fantastic job of showing how these two bonded and how that bond informed so many of their actions going forward. Furthermore, while there are several moments of tenderness in the comic, there are just as many gut-wrenching instances of true horror that Shehan capitalizes on.

The nonlinear storytelling of the issues works in the creative teams favor as it allows for a natural unveiling of certain details and connections between incidents. The story feels like an actual memory. One thought leads to another leads to another, and suddenly you have traversed several planes of your mind, and there is a sense of unnerving ethereal-ness. Starting with the confrontation of Aaron and Jace and then reconstructing the first real moment of connection and schism is such wonderful narrative construction.

Brombal loves these characters but does not shy away from putting them through an absolute wringer of emotions, all while deftly expanding on the different elements of Tynion IV’s Something is Killing the Children-verse. Seeing the ceremony and ritual from this perspective continues to flesh out the world and keeps you anchored to the chilling narrative. And Shehan does a spectacular job of matching that tone with the stunning visuals that pivot between kind and visceral.

I want more. I want the rest of the mini-series to be out already. House of Slaughter is shaping up to be a stellar contribution to the mainline series and an equally stellar stand-alone entity that tells the enthralling tale of Jace and Aaron. I am 100% onboard and ready for the next chapter.

Enjoying House of Slaughter? Check out BNP’s other reviews here.