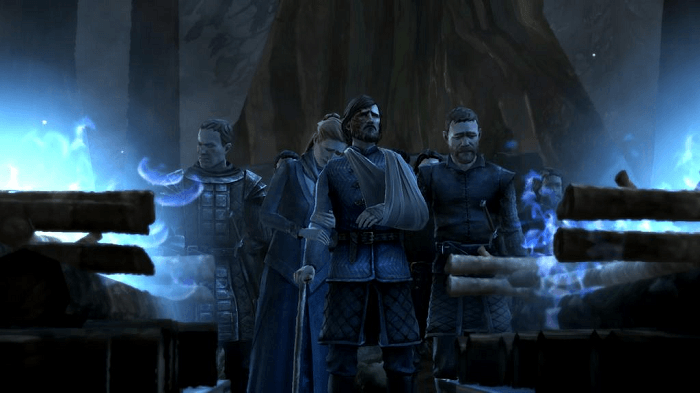 So this thing happened.

I was headed out to a local fan convention, like I do, and I put on my We Are Wakanda t-shirt — the Dora Milaje red one, of course. The whole afternoon we’re there, I get not one comment on the shirt, not even one head nod of recognition. This kinda hurt my ego. I mean, I know this is slightly obscure, this isn’t a Captain America shirt from Target, but still I figured someone would get my clever Black Panther reference. Finally, as I was leaving, a white dude about my age stops me and asks me what’s up with the t-shirt. I excitedly explained, all ready for an engrossing conversation about the upcoming Civil War movie and Black Panther’s possible role… except dude nodded politely after my explanation as if he was expecting me to say something else entirely and wandered off. I gave him a look of derision and thought to myself: “He’s not a real comic book fan like I am.”
Whoa. WHOA. W-H-O-A.

In the last 12 months, I’ve become a comic book snob. I picked up the Storm comic last August as an afterthought — as a “well, I’mma support my girl, even if I don’t read it” kind of gesture. I did read it and something about it just pulled me in — the quickness of the read, the striking art, the timeliness of the themes — I wanted more. I put out a call to my female comic reading friends and quickly received PDFs and recommendations. Rat Queens, Captain Marvel, Saga, Ms. Marvel… none of them fit my preconceptions of what a comic was. New ones (Bitch Planet) since that first bunch and old ones (Priest’s run of Black Panther) followed. Now I’ve got Birds of Prey (G. Simone’s 2010 work) and The Wicked & The Divine on my tablet waiting for me and a weekly pull list through a digital service besides.

And the question is, from this process of coming to enjoy the genre, how did I get here? I say it happened in 5 steps.

Comics are so easy to get and collect now with digital downloads and subscription services. I can access, read, and re-read all of my favorites on a tablet or phone, no need to carry any longboxes on the bus. They are easier than a book to manage and blindingly easy to share with others.

Most of the comics I’m reading are new — familiarity with a 60-year backstory is not required to enjoy them. That means I know as much as any other Princeless reader about Adrienne and her relationship with her parents. The pressure of the backstory is a huge hurdle for new readers, and really sets up (and almost encourages) the “original fan” vs. “new fan” fight. By reading new comics, I sidestepped all of that and can enjoy my fandom at the same time as others.

Single-issue comics tap into two primal parts of my reading brain — the part that doesn’t want the fun to end and the part that loves a cliffhanger. We all know that life only ends in death. The ongoing comic book feeds my need to believe that we can just go on and on forever and that in fact, every challenge is just waiting to be overcome in a dramatic fashion. Each endless cycle pulls me in further and stacks the cliff higher until not reading the next issue is unthinkable.

This applies to both the fictitious ones I build with the characters and the real-life ones I build with other fans. After following characters’ storylines for months, I’m attached. I don’t just want to know what happens, I care about what happens. At the same time, I’ve made friends over these comics. We talk about them, swap theories and images, squee together over each new revelation. Comics are now part of my real life relationships and one of the things I use to connect with new people.

It all leads to this — this feeling that my comic choices are fundamentally awesome, better than someone else’s. I’m not saying I’m an expert — my knowledge withers in comparison to nerds I know who have been hard-core fans since they first had their own money to buy comics with. But after reading weekly and following the characters, and giving a terrifyingly large damn about them, somehow I feel like an expert. Enough of an expert to start judging a person’s nerd cool factor by which comics they read. Which brings me back to that moment after the convention, when I was feeling so smug. One of the things that had turned me away from comics for so long was when I would get this attitude from other people, the “oh you don’t get it” eyeroll and the sigh of derision. And now here I was giving those same signals to someone else. As good as my sense of superiority feels, I have to get over it. It is neither fair nor earned. Comic books are something I like and have a growing respect for, these amazing 30-page piles of colored ink and plot. Nothing in them requires that I think less of people who aren’t in the fandom with me. I have no free pass to judge someone else’s nerdiness until I have walked a day in their nerd shirt. Or to put it another way, there are no Bad Fans, only bad fans.

I wrote my first comic book review here at Black Nerd Problems back in August, 2014. Prior to buying that comic, I hadn’t bought a comic since I was ten — that was an Archie comic I shared with my sister. No lie, I was not a comic book fan. I knew all your major comic book superheroes as characters from TV cartoons and movies, and I was familiar with the lesser known personalities from the comic ramblings of loved ones. But me, buy a comic? No way. But here I am, a year later, having an attitude with a stranger. Noob to snob in 12 months… it all started with Storm #1.