I Care A Lot gives audiences an interesting look into guardianship abuse. A supposed guardianship legend, Marla is actually an elite con artist. From early on in the film we get a sneak peak into her audacity and wit. From the jump we see her snatching up somebody’s property by falsifying her “client’s” sickness and mental status for her own benefit and at the expense of the elderly person’s loved ones and family. Marla utilizes her connections and confidence to steer away fear, threats, and adversities. But throughout the movie, I couldn’t hold myself back from thinking, how on earth does she get away with all of this?!

Yes, granted not all dark comedies have to have concrete realism, but at the same time there was something confusing about how everything transpired. Women are powerful beings who are able to overcome trials and tribulations, all while looking amazing while doing it. But for a while all I kept thinking was this is near impossible right? From near death experiences to angry white men, most situations feel like they attempt to evict the same result, a white woman without fear. The protagonist, Marla was already reckless from the jump, but throughout the film I was consistently searching for a “Why?”. Certain actions didn’t feel justified, because it felt like a long loop of pride that didn’t have a specific source.

Give Me Something to Believe in

Part of me wanted to believe in Marla and her magnificent scamming, but as the recklessness continued, I was confused about the stakes. What does this movie teach us about stakes and how are they raised each time? The writer-director of this film, J Blakeson did a great job bumping up the fear factor. I caught myself many times holding my breath and praying for relief. But through the success of fear and anticipation, the substance of the character made me root against her the whole time.

I often think about how great films about anti-heroes creates a gray area for the viewer, but Marla’s gray area felt like it had no basis. There were decisions that were made that were questionable in regards to sacrifice and reward. Everything felt matter of fact. I believe there’s bravery in having a headstrong character (especially women), but usually there are building blocks for it.

As I mean granted the glam of action films are the flashy impossibility of it all, so I wish to give the same grace to women, but great character building has a foundation. Even the antagonist in the film seemed to have a more consistent standard in wants versus action, and even then sometimes I questioned it.

I Care A Lot About Expectations

There is a wide range of expectations people have before they watch a movie. Usually these expectations are set after watching a preview. From there you kind of have a feeling if it’s a serious movie, a time passer, a thriller, etc., because essentially that’s what a teaser is for. Yet, I couldn’t exactly tell the vibe of the movie until an hour in, and by that time I was rooting against everyone in that film. I understand that in life sometimes no one will be the “hero.” Sometimes in conflicts there will at least be a small area of “wrongness” that all parties have, but in I Care A Lot it felt like there were no strong bases for motive.

Instead, the movie felt like it introduces an interesting conflict that exists within our world while throwing a skewed representation of the mafia. The parts I enjoyed the most were characters that broke away from the one-track mind attitudes of the protagonist and antagonist. The ones that tried to speak reasoning into them in spite of their stubbornness, and even then these characters did not play enough into their development.

We Cared, We Saw, We Shrugged.

I Care A Lot succeeded in premise but not delivery. The genre was categorized as a dark-comedy, but it felt like it fell short in that section. The funniest parts of the film were the moments of confusion surrounding our protagonist. The heights Marla was willing to climb in spite of clear danger elicited cackles out of me, but there were many moments the comedy could have been pushed.

The best part about this film was the idea behind it. I Care A Lot introduces a great conversation about elder abuse and the problematic behavior a system can take in its relation to ageism. In all, I Care A Lot is a movie you have on in the background while performing a task and you look up on occasion to hear a little sideways comment where not paying attention too hard won’t make you lose anything and if you catch it at the right time, it’ll give you a suspenseful giddy feeling. 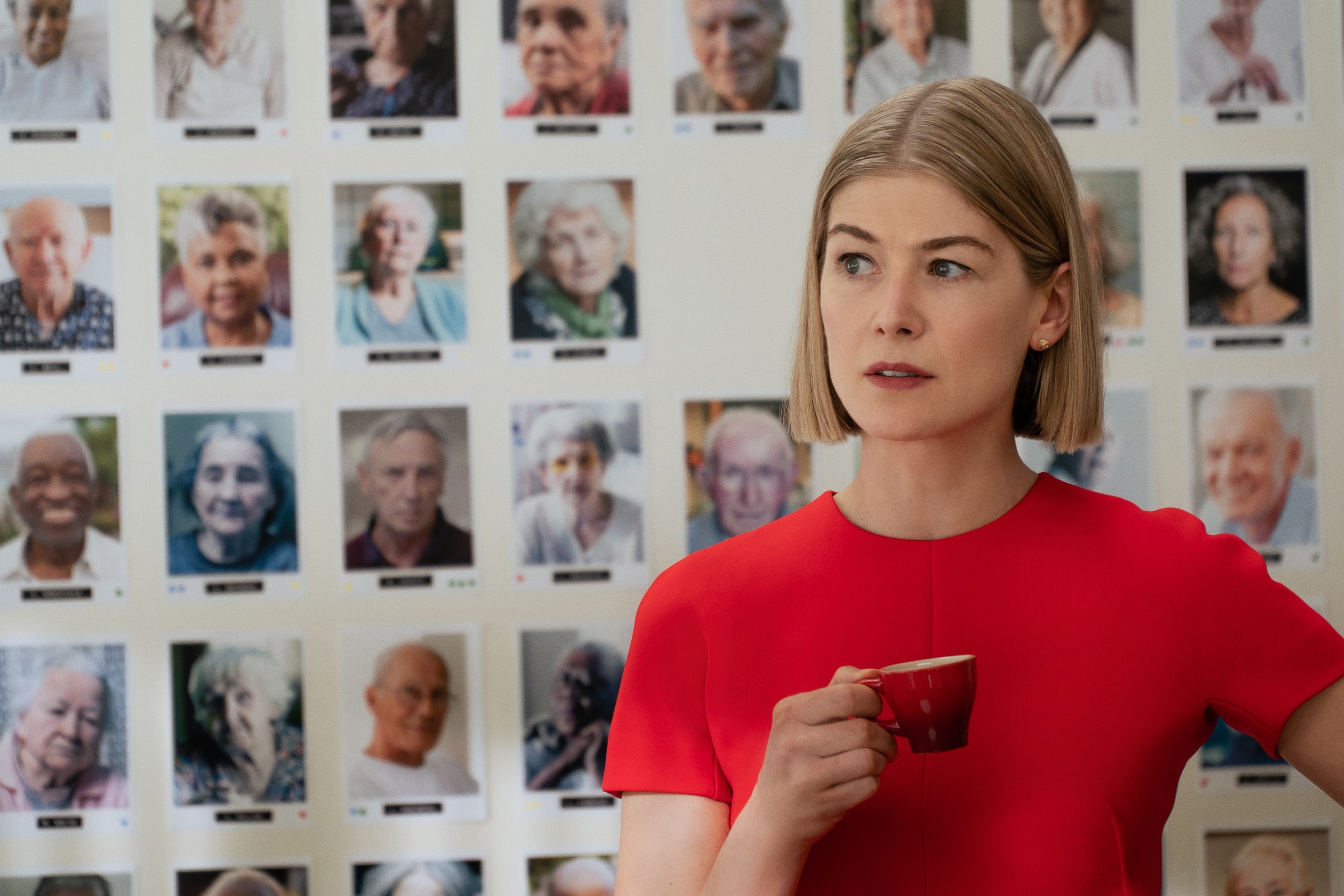