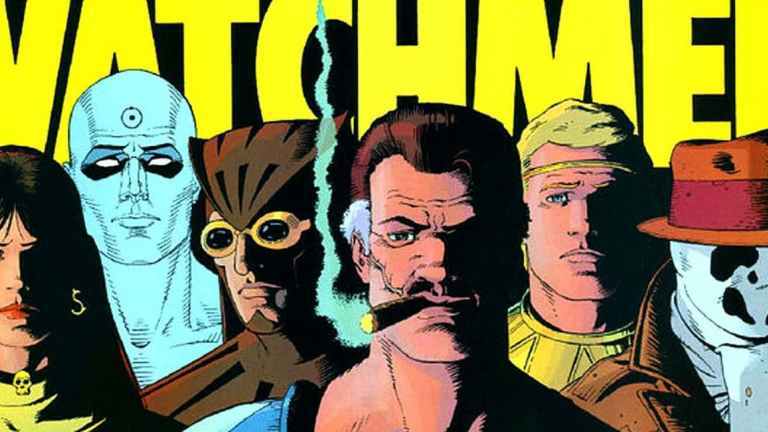 Between the fantastic HBO show and my new girlfriend who’s been gobbling up my comic collection, I felt compelled to re-read Watchmen. I want to make it clear that it will always be a masterpiece and that the Moore/ Gibbons team is genius. But goddamn if reading that comic as a 30-year-old had a very different feeling than doing so as a teenager.

As recently as a year ago I was thinking of getting a Dr. Manhattan symbol as a tattoo, since he’s my favorite “True Neutral” character. Imagine my surprise when my girlfriend tells me he’s a child molester. “Excuse me? You shall not besmirch my big blue boy’s name”. Then I read it again and yep. Miss Juniper was a teenager when Dr. Manhattan was fucking with her.

For a refresher, Watchmen is this ahead-of-its-time story about superheroes and their effect on a Cold War society. It’s very much like Superman: Red Sun in reverse. “God exists and he’s American”. If you’re not working for the government, then your ass is not superhero-ing. Now grant me some time to evaluate my impressions of the major characters and how it has changed upon engaging with the text as an adult.

First, Rorschach. Rorschach reminds me of characters like the Joker and Rick from Rick and Morty. Even as a teenager I could understand that he was a man dwelling in toxic behavior but rocking a quirky personality. This made him compelling and downright consuming to a young (particularly cis/ heterosexual/ male) mind. There’s an appeal to reading a character who’s uncompromising and idealistic but it’s important to recognize that a mindset like that, regardless of how righteous, usually comes from trauma. 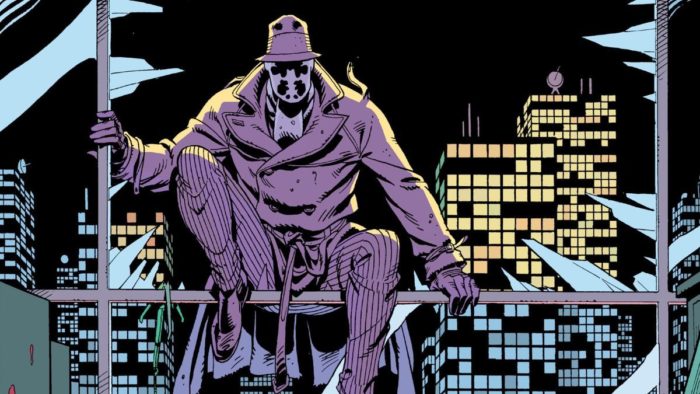 For Rorschach, I was surprised how much the abuse suffered from his mom seemed to cause legit misogynist ideas later. Even his opening monologue has flags of bigotry. “The accumulated filth of all their sex and murder will foam up about their waists and all the whores and politicians will look up and shout ‘Save us’”. Damn, Walter, sex is not the same as murder and leave the whores alone. In a different time, I could see Rorschach rocking a MAGA hat. He reeks of the white nationalist, patriarchal self-righteousness that is all too common in the world. On one hand he takes an absolutist stance, “Evil must be punished” but when challenged by Miss Jupiter about the Comedian’s attempted rape, he waves off this evil as the “moral lapse of a man who died in their country’s service”.

It’s my own internalized sexism that likely allowed me to ignore the glaring issues with Rorschach and idolize him they way he idolized his absent father, the Comedian and (randomly) Harry Truman. Lucky enough, I’ve been able to talk to and read the words of people smarter than I and challenge my previous thinking. Rorschach didn’t get there before Dr. Manhattan exploded him all over Antarctic snow.

Speaking of big blue swinging penises, I was very surprised realizing Dr. Manhattan’s glaring character flaw. He’s the most interesting character in the book; he’s the most powerful, and essentially omniscient, yet seemingly a slave to the whims and desires of authority figures. I identify as True Neutral according to the Dungeon and Dragons alignment chart, so I gravitate towards Dr. Manhattan. Imagine my surprise to realize Laurie was 16 when Dr. Manhattan gets involved with her. There’s an inconsistency between Dr. Manhattan’s unemotional nature and inability to maintain connections with people and his lust after 16-year-old Laurie. I would have preferred the character to have been aromantic/asexual but we engage with the characters we get and not the ones we want.

My favorite character on reread was Nite Owl. I can relate as an adult to Daniel going through the motions of life but not finding much motivation. He finds a spark of inspiration and it propels him into heroism. Rediscovering his essay describing his passion for owls was a treat. “The silence before an owl swoops is a V-Bomb silence, and you never hear the one that hits you.” I’m guilty of being unmotivated by a lot but then lighting up when someone asks me about comics or anime.

I was happy to read this comic again and it will always be one of the greatest works of literature written. Like all works of genius there is value in engaging with the text at different stages of your life. I doubt I’ll ever have a comic I insist someone comic-curious reads over this. We have all the time in the world right now and a lack of new comics so why not grab those classics and fall in love all over again?