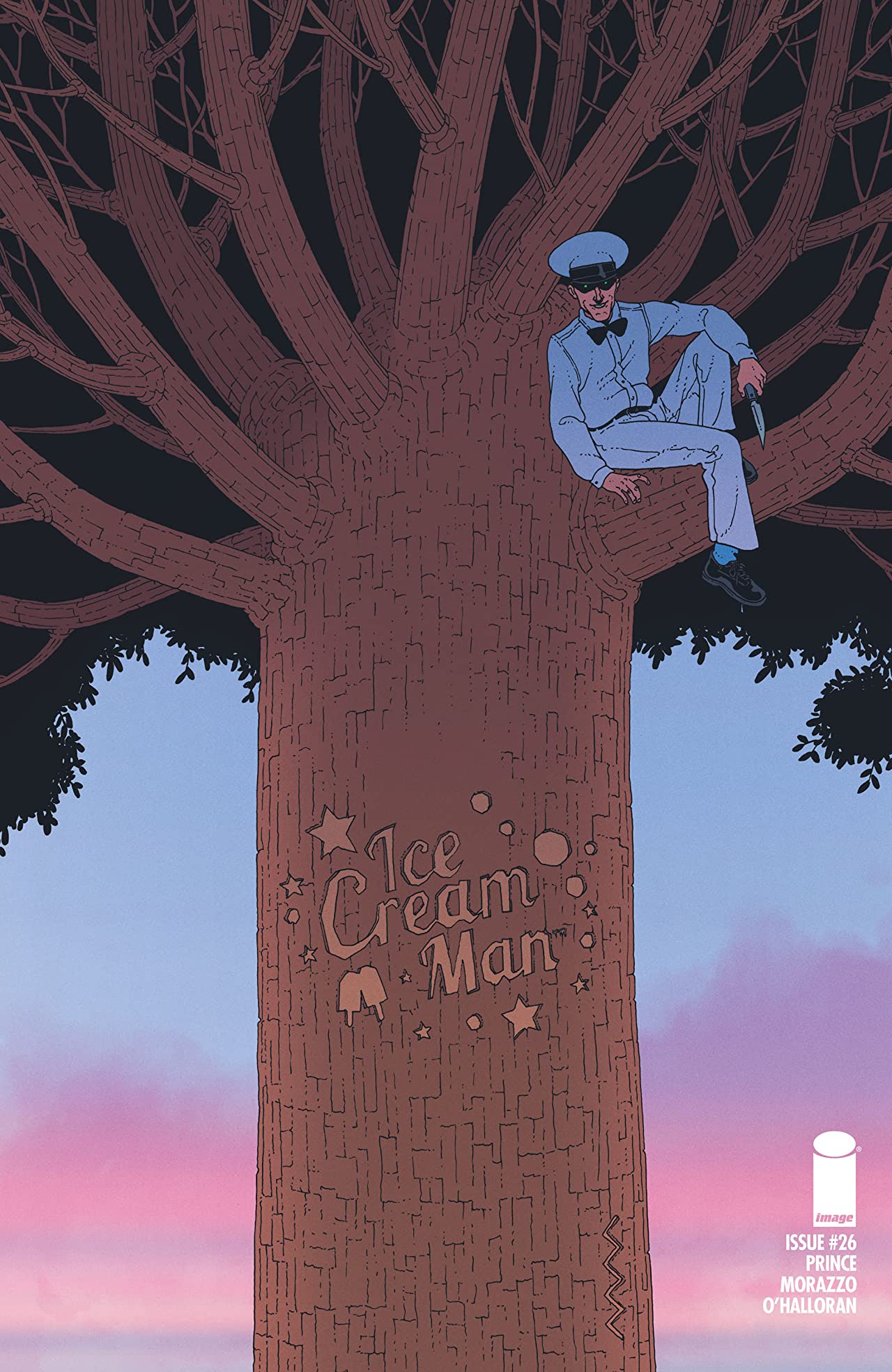 I’ve never read a single issue of Ice Cream Man before this week, and I’m going to have to change that after being absolutely floored by this week’s issue. My knowledge and understanding of the series is that it was a loose anthology of stories that dealt with a wide variety of topics and each of the issues were fairly self-contained. And it was simply by a whim that I opened up the latest issue only to find the following.

Let me tell you now: I am a sucker for comics that play with the medium. So, I turned the comic 90 degrees and found myself slowly descending through the family tree of Michael Arvek.

The concept of a literal family tree is not new, but certainly turning each page of the comic to reveal a character literally climbing down is one that I can’t say I’ve seen before. And it might be a gimmick, but it is a gimmick that Martín Morazzo pulls off beautifully. Michael’s physicality as he moves between panels, the different background details on the actual tree itself. The branches forming windows into the past to show Michael Arvek’s ancestors. It’s all very fascinating, especially with W. Maxwell Prince deftly constructing an incredible monologue about the tragic Arvek family lineage. This idea of an unfortunate ancestry, this quiet meditation about the subtly repeating traumas of our family. It’s meditative and pensive and somehow manages to become almost optimistic by the end of it

And I am positive that there are deeper lore connections to the great series that is Ice Cream Man, and that I have missed most of them coming into issue #26 with absolutely no context, but that said: as a single standalone comic, Ice Cream Man #26 is one of the most fascinating stories I’ve read this year, and I’ll be ordering the volumes very shortly. I want to see more of this wild anthology because I am stunned by what I just witnessed.