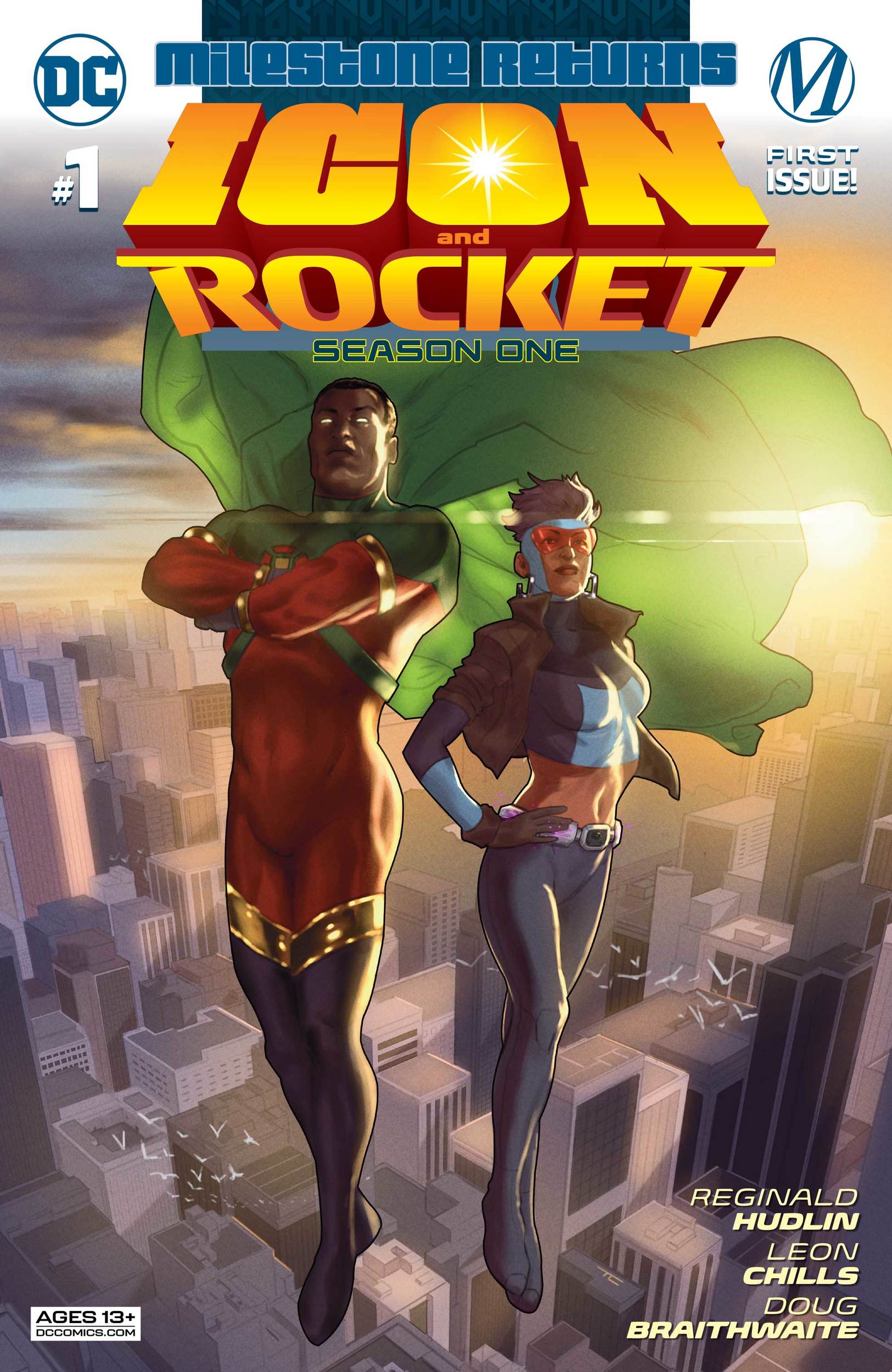 Icon & Rocket are back! Yup, Static isn’t the only hero from Dakota returning to comic shelves in 2021 and beyond. We’re getting a bunch of OG Milestone staples and then some. But for now, Icon & Rocket got next, and they have the smoke to stay on the court for more than one game.

This was a solid reintroduction for these characters, and unlike Static’s book, this one doesn’t veer too far from the original origin of Icon & Rocket. Static recreated The Big Bang happening during a Black Lives Matter protest instead of a gang war. But Rocket’s introduction to Icon revolves around her breaking and entering into his home. There isn’t really much you’d need to update with that.

What I did appreciate about how this issue was structured was that it jumped around in time quite a bit. The main story took place in the present where Icon & Rocket meet. But we also got glimpses into Icon’s origin as a shapeshifting alien that crash-landed on Earth during slavery, as well as a peek into his life in the past more than a hundred years ago. I hope we get more jumping around like this. I prefer it to building the mystery for twenty issues and then giving us a tell-all book. I want to see more about how Icon became who he is, how he adopted his values, and the scuffles he’s had to get involved in or ignore over the years.

In real life, Icon has caught a little heat over the past few years because of his conservative values. In the 90s, Milestone wanted to create a Black character who was an archetype for success but might have different views than some of the Black readers of the time. As the years passed, some have viewed a lot of what Icon represents as a negative. As things in our society have gotten generally more progressive, and after four years of Tr*mp, a conservative Black man, with superpowers or not, isn’t what everyone wants to see.

That’s what I had in my mind going into this book. I was interested to see how that aspect was handled and if any of that had been updated to reflect the times. I think it’s too soon to tell, but what I will say is that out of Icon & Rocket, Rocket actually seems to be the one that’s a bit more conservative, or at the very least naïve and judgmental.

The old dynamic in the original book had Rocket showing an out-of-touch man with superpowers how things work in the new world. But in this iteration, it looks like Icon might be the one to show Rocket that the world isn’t as black and white as she may think it is. Icon seems to understand things about us as a people that suggest he doesn’t have those same hardline conservative values that many think defined him as a character previously.

All in all, Icon & Rocket still have really strong chemistry, even in 2021. They still feed off of each other really well. Icon is more than a Black Superman, and Rocket is more than a sidekick. Hudlin does a good job conveying that to us in this debut.