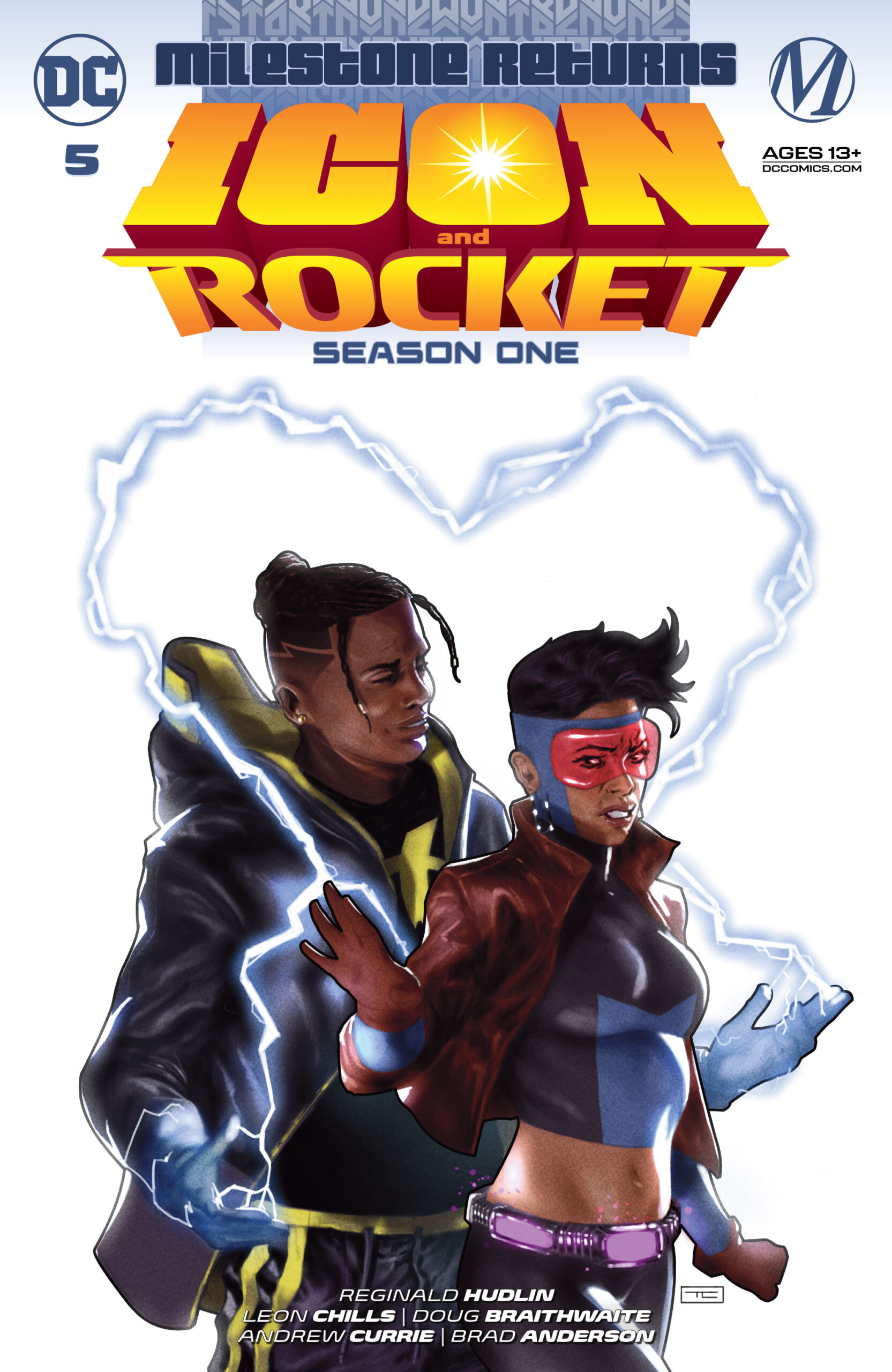 After a little break, Icon & Rocket is back, giving us that entry into the world of Dakota that we all love so much.

Icon & Rocket #5 provides a little downtime for Icon & Rocket as they took out the world’s drug traffickers and were attacked by a killer Manhunter from Mars. They deserve as much breathing room as they can get.

Augustus has moved Raquel and her mother into his estate while they wait for their apartment building to rebuild so they can move back in, and they’ve switched the power belts and capes for jeans and jackets for now as they try to navigate their regular lives in the aftermath of what they’ve done as Icon & Rocket.

Personally, issues like this one are some of my favorites in comics. Don’t get me wrong. I love all the action just as much as the next fan, but when we spend personal time with the characters it only provides context for the stakes of the action. A fistfight isn’t the most opportune time to learn about what a character wants and needs. We find that out during their downtime.

The best part of Icon & Rocket #5, for me, focuses on Raquel as she goes back to school. She’s missed so much time because she’s been out saving the world with Icon. Even though it hasn’t been too long, she clearly feels out of place, almost like she’s outgrown the importance of school, especially when you juxtapose it to the more serious, tangible change she’s enacting in the world.

I loved seeing Raquel in school so much. The story really sunk its teeth into the contrast of her life, heightened by the return of her deadbeat boyfriend, pining for her love again, and Virgil, wanting to protect her as Static. Wanting to escape everything and just relax, she takes a chance on a new student who wants to take her out to a lake house. Yeah, nothing can go wrong in that scenario…