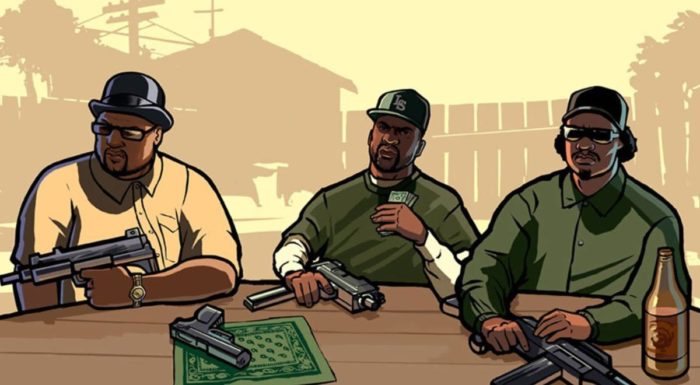 A Young Warrior’s Journey Towards “Catching These Hands”

As I was growing up I always loved video games. It started when my older brother introduced me to the first ever Mortal Kombat on the original Gameboy. Since my brother took martial arts classes when he was younger, he always had this fascination for fighting games like Tekken, Mortal Kombat, and Dead or Alive. If you can deck someone in the face, he wanted it immediately. And because I was the younger sibling, of course I was subjected to the torture of sibling rivalry and was forced to learn how to play fighting games the hard way or else I wouldn’t have an ego left by the time I was 15.

Now as I grew older, I admired games that was a great mixture of both. Adventurous story-line, some violence here and there to release a little bit of pent up aggression, nothing too serious. And then at the age of 13, I was introduced to something called Grand Theft Auto. My older cousins advertised it to me as a game that had cars, an open world format, NPC interactions and of course, violence. In my head, I was like wow that sounds wonderful, I’d love to play. Little did I know exactly what was about to go down.

I held the PS2 controller in between my fingers and took control of the vehicle. I zoomed down the street into the sunset, gliding within a safe distance from the curb, drifting, sliding, I was having a grand time. Then, suddenly, OH DAMN! I accidentally ran into someone.

Listen, I am not savage enough for Grand Theft Auto

The first thing I did was apologize. That should have been the first sign to figure out I ain’t built for this. I don’t know anyone who runs over someone in a video game and then apologizes to the NPC as if they can hear you through the screen. This poor lady was walking across the street and just got hit with a Lambo. That car too expensive to be getting into accidents with. And don’t get me started with the police chase. When it was time for me to start shooting, lord I could not pull out the gun for nothing. This takes some skill that I honestly did not have. They’re shooting, while I’m swerving and screaming because I don’t like conflict.

Before this, the most violent game I played was Tekken 3, where the worst thing you could have possibly done was kick an Ogre in the face. Here I was like wow, you have to shoot and drive a car at the same time (with the high possibility of running people over)? What if I run over someone while trying to escape from the police? Wouldn’t that make everything worse?

Of course, I know what you are thinking: “Why would they let you play Grand Theft Auto when you were 13?” Well, maybe I shouldn’t have been playing it, considering that my goodie-too-shoes behind can’t handle that much stress. However, a comment that tends to surface in correspondence to playing violent video games is that it will eventually influence folks to enact this violence in reality. With games like Grand Theft Auto, Mortal Kombat, and the Red Dead Redemption series, just to name a few, many folks have this belief that these games will eventually affect people, more specifically adolescents and cause them to enact this violence later down in adulthood.

Contrary to popular beliefs there is no direct correlation between enacting real life violence inspired by video games. I.E: After running over 30 people with a car and blowing up buildings with a machine gun, it will not inspire folks to enact those same actions in the future. Folks have tried to use violent video games as a scapegoat for why school shootings and terrorism occur. Many folks have instead use these games as a coping mechanism to divert their attention from overwhelming stress. Gamers have seen how these interactive worlds can influence the imagination and create meaningful conversations about the world around us. But sometimes, when the day is rough and everything around you is just getting you pissed off, honestly you really just want to pull out a cannon and reduce the world around you to rubble.

From the outside looking in, without understanding the true context behind certain games, people will downplay the problem solving that it takes to get out of dangerous situations. Games that include open world violence have seemingly limitless ways to die. We’ve seen it in games like Red Dead Redemption 2, where you roll up to a gun fight, survive, and then get killed by a random puma. Or you’re running away from law enforcement and accidentally trip on a rock and you find yourself rolling down a cliff and now you’re dead. To be honest, I’ve probably died more from situations like this rather than actual fights themselves. I know that I walk into games like Red Dead just to cook and pet the dogs at this point. Even games with milder version of violence like Breath of The Wild, I found myself running away from the Guardians once I heard the music. In no way shape or form, do I ever want the sauce.

But these games did something else for me; in spite of me reflecting my fear of conflict within the virtual world, I got to learn about how to walk into challenges with different solutions. Example, side mission in Red Dead Redemption 2: “We all hate the KKK.” Normally, I do not want the sauce, but I always got time to throw hands with racists. There’s about eight of them and only one of me. It is nighttime, I’m not good at up close combat, how am I going to get out of this alive?

There are many ways one could approach a challenge, and you have to look at it as such. You have a problem, and you map it out in different ways. Some people might say, run up on them head-first, or others might say snipe from a distance. Sniping from the distance sounds wonderful, it keeps you far enough so that they don’t see you; but the problem is that they will eventually come looking. I never want them to see me. So, what did I do? I threw a stick of dynamite into their campfire. Explosion on impact. Never had to see them, got straight to the point. When we look at this situation at face value, we’re thinking about how can we get out of this situation alive, but this is also a form of critical thinking.

Within life, we will be placed in situations that require a certain amount of risk factor. We will have to think of our goal, and the various ways we could achieve it, while keeping in mind the obstacles that exist around us. Of course, most situations where we have to apply critical thinking might not be life or death, but the consistent act of applying one’s self to problem solving allows us to broaden our horizons in ways outside of academia. My personal history with games in this genre, I’ll admit, has been very limited. My openness to them has slowly widened. (After I discovered the fulfillment of running away from law enforcement on a horse, then perching myself on a hill to cook some oregano venison along the sunset.)

I enjoy the exploratory format of video games that introduce problem solving and emotional release through unconventional methods. I believe that the emotional release these games grants us in periods of frustration, and the obscene stories it brings to the group chats will inspire the future generation of game creators to create new ways to keep us engaged while challenging the formats that allowed these worlds to become a part of our culture.