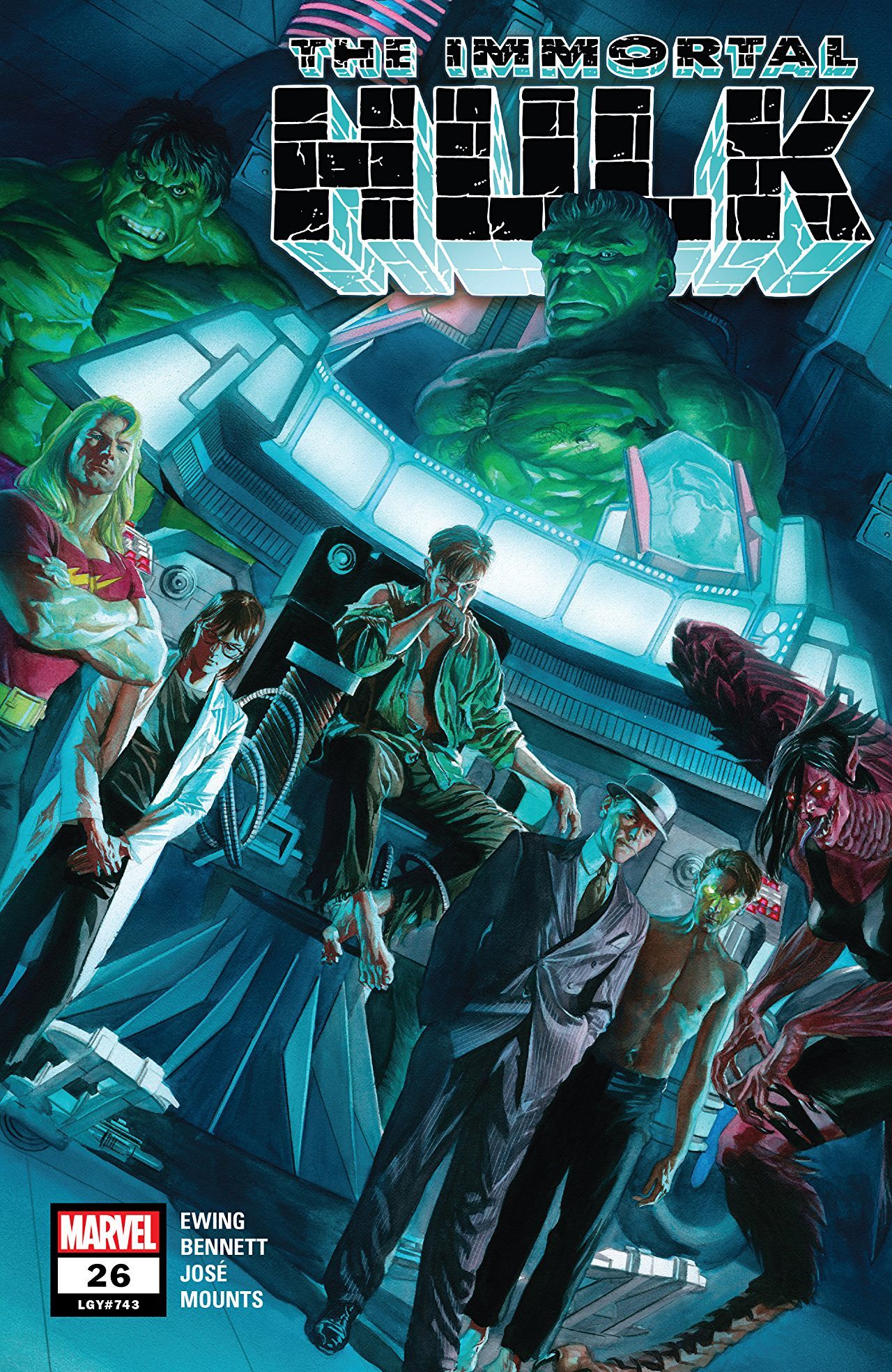 It’s good to be back on track. Immortal Hulk #26 pushes the narrative forward a great deal as we finally get to see the outcome of Banner and Hulk taking over Shadow Base. The Devil Hulk makes good on his promise by officially declaring war on the human race and with a whole crew of Hulks nonetheless. Ewing presents a great issue that is light on the action but showcases the impact of Banner’s declaration and gives readers a great character study into his mindset.

Ewing’s transformation of the Hulk is so different from what we’ve seen before. One of my favorite moments is seeing this version of the Hulk go toe to toe with the Avengers. It’s one of the few moments with the “It’s All Connected” mantra of Marvel works so well. You would think he would keep its story isolated from the rest of the Marvel Universe to tell a more focused story. Thankfully, when he does use other characters outside of the book, it works so well. 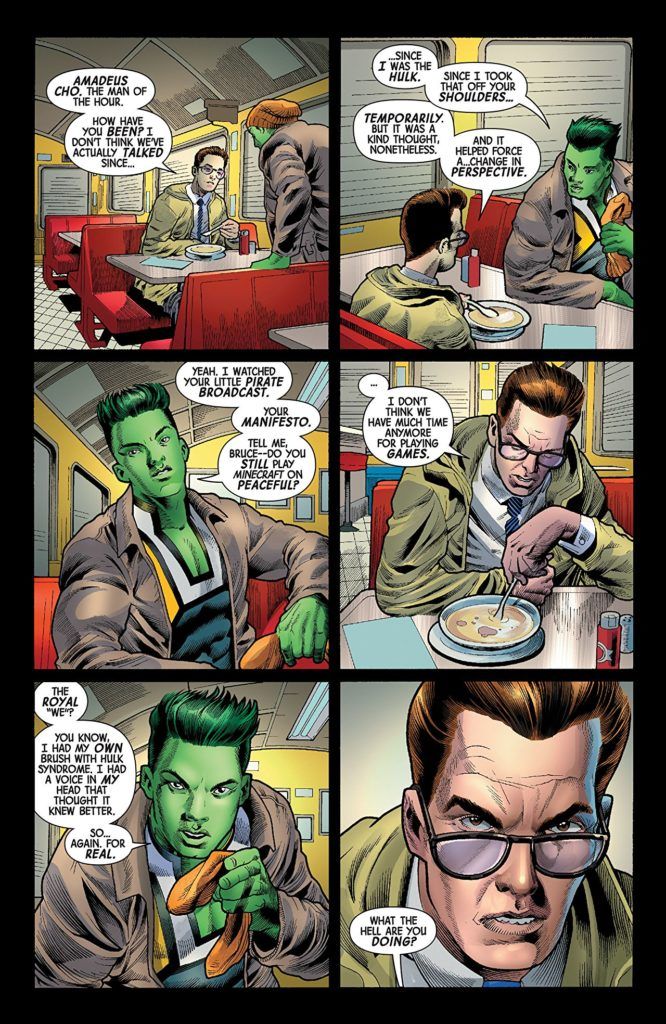 It’s always interesting to see how the world and the heroes of Marvel react to this new version of Banner. We see some people aligning themselves with Bruce’s message that the corrupt world we live in needs to change, inspiring protests around the world. Others, mainly government and corporations, vilify the Hulk and everything his message represents. Meanwhile, the heroes seem not to know what the hell to do. It’s all great stuff that shows how big of a deal this Hulk is and the impact he is having on society.

The best interaction we get to see is Bruce’s conversation with Amadeus Cho. Once again, Ewing wonderfully nails Bruce’s character. A lot of people believe all of Banner’s anger is manifested as the Hulk. However, Bruce has a little known resentment for the world, how he is treated, and jealously for his fellow heroes. It’s interesting to see him vent his position to Amadeus – a good friend, someone who has been a Hulk and someone who has a completely different approach to changing the world.

Immortal Hulk continues to paint the Hulk in a new light. Ewing keeps the reader guessing at every turn, never know what’s going to hit us next. The Hulk has new enemies, gives a fuck about climate change, and surprising allies. We are in the midst of an exceptional run.

8.9 Roxxon Cable Subscriptions out of 10