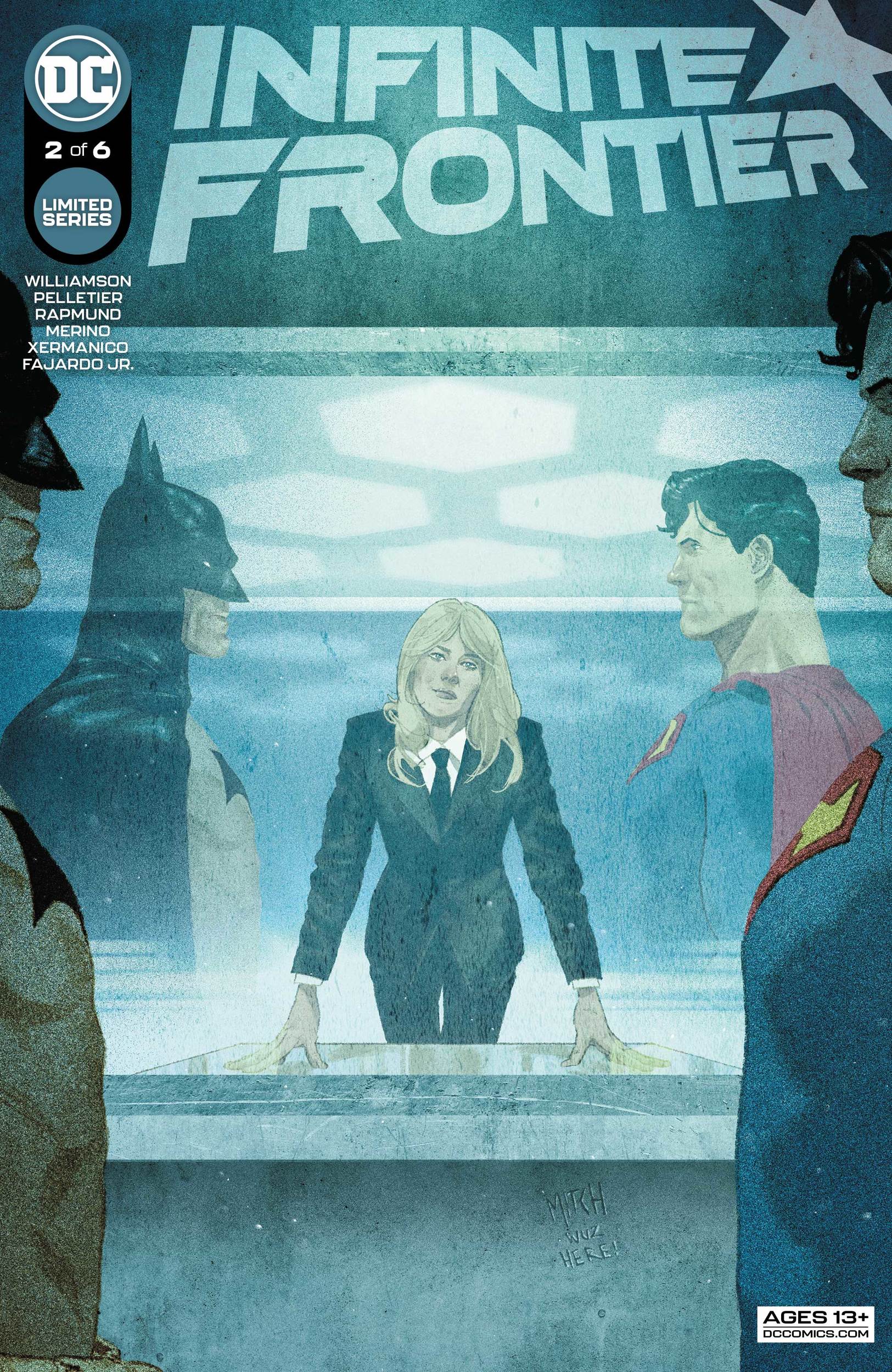 Infinite Frontier #2 deepens the mystery of what’s going on in the newly formed multiverse.

Just in case you forgot, spinning out of the events of Death Metal, the multiverse was born anew. And with that, old characters that have been dead are now back like they never left. This issue deals with that on a deeper level.

Roy Harper grapples with his return to the living, and the DEO (Department of Extranormal Operations) tries to get a handle on all the weirdness happening in the new state of things. But let’s start with Roy Harper.

Our favorite weaponeer Red Arrow/Arsenal is back. But he’s not having the best time, partly because he wears a Black Lantern ring. We know that that usually means some trouble is on the way (or already here), but Roy hasn’t had any issues so far. He’s just hella confused. Does his wearing the ring mean he’s really living, or just an undead husk? That’s what he’s on a mission to find out. He’ll look good doing it, though. He was able to get the ring to work during this issue, so now my dude has a nice black costume to wear, and a ring that’ll manifest a black quiver and arrows for him to use just like old times.

The DEO is looking for similar things, so they might cross paths with Harper at some point. But in Infinite Frontier #2, they’re fixated on figuring out who is where they’re supposed to be and who needs to go home to their original Earth. Whatever the conflict of this series is setting up to be, it’s rooted in people being in the wrong place.

The DEO essentially wants the same thing that Justice Incarnate wants, but they operate more like a bureaucratic agency with agents in the field and guns and paperwork. Not too dissimilar to the Time Variance Authority on the Loki show. Operating in this way allows them to get deeper into the mystery of what’s going on than Justice Incarnate. They seem to be handling the big stuff. The DEO is handling the stuff falling through the cracks, but even their motivations are yet to be revealed. I can’t really say if they’re the good guys or the bad guys at this point, but they are getting some answers. What they’ve found out in this issue in regards to whose influencing things is a major development.

But that may not be as simple as it seems.

8 Fake Captain Atoms out of 10